Every year, we EDM fans get the chance to vote on our favorite DJs in the DJ Mag Top 100 DJs poll. Here’s how it works: you sign in with Facebook or whatever, then you enter in five DJ names you want to vote for. Sounds like a fun and easy way to show support for your favorite dance music artist, right? 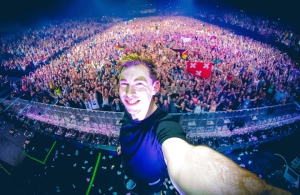 First off, if you take a look at the past winners, Netherlandian house DJ Hardwell has won the past two years. DJ Tiesto has won three times in a row. Trance DJ Armin Van Buuren has won five times, including a four-win streak. In the top three you don’t really see that much change. Which sucks.

It’s not even an indicator of who’s the best. It’s a popularity contest. Artists like Dimitri Vegas and Like Mike, widely regarded as a couple of the most unoriginal musicians in the game, get high spots on the list. David Guetta won in 2012, and he’s been caught just pushing buttons and using pre-recorded mixes live. Even Hardwell has been criticized for making shitty music that sounds like everyone else’s shitty music. It’s not about who’s good, it’s about who voters like the most. And they like what they’re comfortable with.

It’s all the same genre, too. Nearly all 100 of the DJs on the list make house music, which is what most pop music is based off of. And it’s what everyone is comfortable with. Occasionally a couple of dubstep artists will make it on the poll, but that’s it. Hardly any representation for trap, drum n’ bass, moombahton, or the countless other popular subgenres – and even the stuff that doesn’t fit into a subgenre. 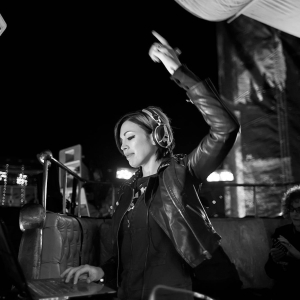 Also it’s pretty much literally ALL MEN. You will probably never see Dani Deahl or any women whatsoever on the Top 100, which is a shame, because she is GOOD.

On top of all that, DJs who HAVE money – and these are the already-popular DJs – tend to spend a TON of money on advertising just so they can get a good ranking on this poll. It’s like the economic situation in America. The rich get more popular, and the poor have to keep making unique music on shitty equipment because they can’t afford to sound any better.

I won’t even get STARTED on the ghost producer situation (long story short, some popular DJs pay other producers to make tracks for them and release them under their name), but Maarten Vorwerk – one of the industry’s most notorious ghost producers – is even trying to get people to vote for him, even when people he’s produced for secretly are already in the top ten. (Dimitri Vegas and Like Mike, as well as other popular duo DVBBS, are both rumored to basically be the pretty faces who pretend to do all the work while Vorwerk actually produces all their tracks for them. It’s like Milli fucking Vanilli all over again. WHY CAN’T PEOPLE JUST MAKE THEIR OWN SHIT AND BE JUDGED ON THEIR OWN FUCKING ABILITY.) 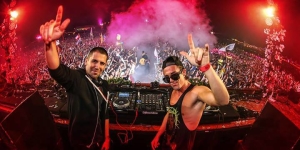 Anyway, here’s the five DJs I voted for and who I hope win this year because they deserve a lot more credit than the same five artists every damn year:

If you for some reason want to vote, go here to do that. And for god’s sake, vote for people that actually make real music and actually know how to DJ. Okay?