For a month full of vampires, I sure have managed to pick some movies with very little-to-none vampirism. But, there are vampires in the Night Watch/Day Watch movies. They don’t sparkle and they aren’t some vampire-wolf hybrid in fact – they just don’t do very much. And that’s okay, because at the very least they exist without fucking sparkling! 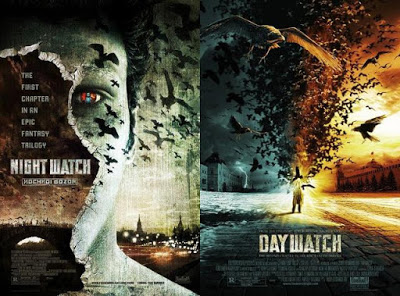 If you’re unfamiliar with this duology, let me TRY to outline it for you…

Night Watch is the first part; setting the background of the “Others” for you. Since time began there have been agents of light and of dark. They came to a truce and in doing so enacted a Night Watch – agents of light monitoring the agents of dark, and a Day Watch – agents of dark, monitoring the agents of light. The truce is complicated and the laws are many, but they coexist relatively peacefully. Until Anton requests the help of a witch (an agent of dark, because of course she is) to bring his ex-wife back to him, nearly killing his unborn child in the process. This transaction is a big no-no and agents of light are soon on the scene to stop it from happening. Unbeknownst to everyone involved, Anton is also an Other and can see everything through The Gloom (the in between place). 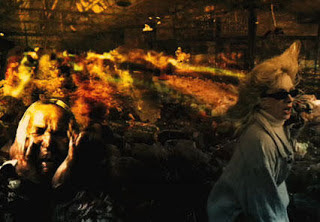 Skipping ahead a few years we find Anton, atoning for his light/dark misstep, working as an agent of light by drinking blood to hunt vampires. This new mission brings Anton face to face with his estranged child and a stranger that is an agent of light – a would be Great Other – who is deeply cursed. In saving the cursed Great Other, Anton loses any hope of connecting with his son – who is also a Great Other and has chosen the darkside. Probably because they have cookies.

Day Watch is the second part; picking up a few years after the end of Night Watch. We now know that Anton’s son is indeed a Great Dark Other; Anton’s stranger friend-turned-girlfriend is indeed a Great Light Other; and never the twain shall meet – because apocalypse.

The head of the darkside is rooting for an apocalypse and plans on utilizing Anton’s son to create one at his birthday bash. With this information in tow Anton has become obsessed with finding, and using – are you ready for this – the Chalk of Fate (Yes, you read that right, chalk – as in: chalkboard chalk) to bring his son back to the light side, and maybe some cookie recipes as well. As both light and dark play against each other attempting to start and stop an apocalypse Anton finds the Chalk of Fate in a hole-in-the-wall Asian restaurant. (I honestly wonder if it was used to write the menu – how convenient.) Anton requests that his son come back to him and the light side. But angry child is angry and steals the chalk and runs. Quickly realizing that you can only take back your own choices using the Chalk of Fate, Anton must race against the apocalypse to get the Chalk back and undo all of the events since the beginning of Night Watch.

Sound a little convoluted? It is. Because it’s Russian. If there’s one thing that Russian writers do best, it’s confuse the fuck out of everyone else. Whether it’s with 50 plot lines all playing out at once, or 50 names for one person – you’re going to scratch your head. But, it seems to work for NW/DW. With a story thread as thick and unwieldy as good vs. evil, light vs. dark, gods vs. mortals – how else would you expect these movies to come to life? And come to life they did. Timur Bekmambetov, who also directed Abraham Lincoln: Vampire Hunter (check out my review HERE) and Wanted, directed these movies with gusto. And, while I didn’t particularly enjoy ALVH or Wanted, I found his directing style to work really well here. 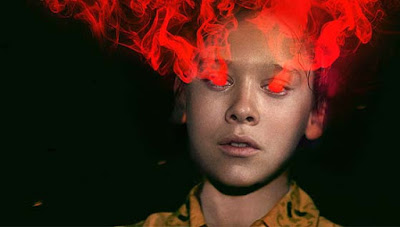 From the colorization – to quick action sequences – it’s a lot to process and can wear you down; like an actual weighty topic of conversation would. The world is dark, even in the daylight, and you never quite get your bearings – like being in a new city without a map. Couple that with the sharp focus of the directing style and you’re left feeling a little uneasy at all times. That edgy sensation lends itself greatly to buying into the fantasy of the battles and the darkness of the material.

I enjoyed these movies greatly – and think they should be watched back to back as one film, if you can muster the energy (and the cookies). However, my absolute favorite part had little-to-nothing to do with the visuals of the film itself – instead it rested almost solely in the subtitles. These movies are in Russian – despite an opening narration in English – so subtitles are necessary; unless you don’t take issue with dubbing, which I do.

So, what’s so spectacular about subtitles? Well, these subtitles are almost interactive. Not with you, the audience, but with the movie itself. Some of the subtitles flow from the speaker’s mouth, or are swallowed by them; some are crushed, cracked or run over; some are off center; some change color. I understand that sitting through two hours of reading the movie you’re trying to watch can be difficult, but these subtitles made it more fun and interesting. They reminded you that there was a movie happening behind them and continued to make you a part of it.

Regardless of how confusing the films can be if you aren’t paying close attention, and how exhausting they can seem when you are paying close attention – I think Night Watch and Day Watch are good fun. They reach out and grab the hand of dark fantasy and hold it all the way through – looping back on itself and starting over in the same, ambiguous place. Sure, we don’t get to see the dark Others do too much damage as witches, bird-men, or vampires. But we don’t get to see the light Others do too much salvage either. Which I think is exactly how it should be.

Zombie Honey Rating: 3.5 What the fuck is happenings out of 5