There are a bazillion Dracula movies out there. A bazillion. Go ahead, count them. I’ll wait. Except, I won’t, because no one can count that high.

My love of the vampire doesn’t begin and end with Dracula, although I’m hard-pressed to say my love affair with Gary Oldman as Dracula could sometimes challenge that sentiment. Either way, with more vampire movies including Dracula than you could shake a stake at, it’s sometimes hard to know where to start or stop watching. How many Draculas does it take to satiate the bloodlust? My previous statement would dictate a bazillion. But I don’t have time for that. So instead, I’m going to tell you all about three.

My modus operandi, as the #HorribleHoney, remains tried and true as I tackled this week Dracula II: Ascension. I don’t even know where to begin. Here we have a B movie at best, a D movie at worst. Direct to video in the early aughts that looks directly out of BBC 1990. But the schlock makes it fun – most of the time.

Dracula II is, apparently, the sequel to Dracula 2000 – which I did not watch – but our lovely Head Honey did (read her review here) – though I cannot seem to find any correlation between the two besides, you guessed it, Dracula. Anyway. In this world vampires are suspected to exist they are hunted by a semi-vampiric priest and a desperate asshole looking for a cure to his degenerative disease. Go figure. Upon tagging and bagging a corpse thatcould be a vampire medical students promptly proclaim, loudly, that they have Count Dracula and proceed to 1) stick their fingers in his mouth, get cut, and infected 2) steal the body and bring it to a collapsing mansion in a remote location 3) bathe the body in blood to bring it back to life and 4) generally make bad decisions in regards to the handling of the newly reanimated Dracula. 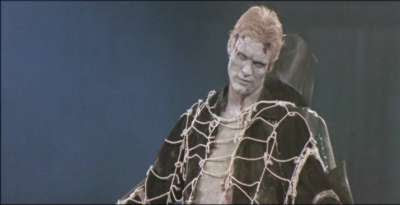 Awesome, right? Actually, it is kinda fun – if completely ridiculous and bad is your kinda fun. And, it’s sometimes mine. Throughout the misadventures of the vampire medical team the audience is given quick flashes of background for some of the characters, but it’s not really enough to make you care – or to make them interesting. What was interesting was throwing every bit of vampire lore and vampiric dissuasion at you. As though someone on staff had access to wikipedia. It was pretty laughable. And, as with most made-for-vhs movies, it ends with the bad guy – Dracula, in this case – getting the girl, getting away, and leaving enough room for a slew of sequels. Which I also watched.

Watching a movie that seemed to have a budget of $1,000, an old soundstage that hadn’t been used since 1942, and a 6 foot sub from subway, can really be hit or miss. Sometimes that’s what Dracula II was like. And then I watched Dracula III: Legacy and I realized they actually split that budget; here’s $500, the same soundstage with some more dirt, and a mostly eaten 6 foot sub from subway – minus the cheese. It was bad, guys. Real bad. So bad that, I’ll dare to say that, Dracula II was a much better movie. So, take that journey with me. 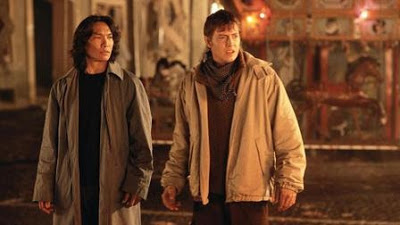 Dracula III begins with the ol’ vampire hunting a stupid white boy running through an alley in the dark while bleeding. Because of course that’s where we start. But, soon we learn, it’s the medical assistant from the Dracula II now teamed up with the semi-vampiric priest to hunt Dracula down and finish him. Oh, and to get back the girl who stupidly stuck her fingers in his mouth. Because she seems like a keeper. After beheading a Peter Stormare look-a-like vampire the wily duo find themselves traveling to Romania where they will have to battle the medical assistant’s sense of compassion, gypsies, Dracula’s head hunters, and even more vampires! 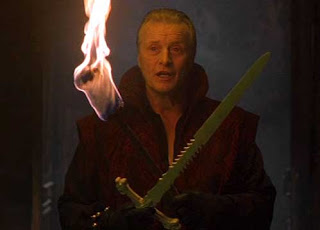 I gotta say, they really kept a tight hold of at least $250 of their $500 budget for the bone sword prop and the blood infusion for ol’ Rutger. Well done, there. Mostly – I just wanted to hurry up and rewatch Buffy The Vampire Slayer (the movie). The big battle at the end was so anticlimactic it’s hardly worth discussing, except to say that Dracula is beheaded; the semi-vampiric priest embraces his vampirism and takes a bride; and the medical assistant kills the girl he was meant to save. So. That’s a thing that happened. It was also bad, guys. Real bad. 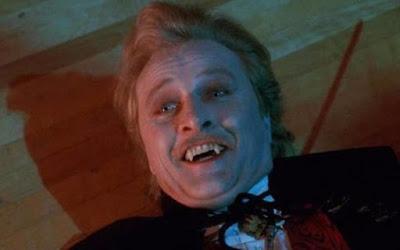 As a BONUS, I also watched Dracula 3000 which is completely unrelated to either Dracula 2000, II, or III. SURPRISE. Really, this movie shouldn’t have been called Dracula anything. It’s 3000, because that’s the year it takes place in; clever. Vampires in Space would have been a much better title. Or, Orlock: The Armless. I could go on, but instead, I’ll give you the gist of this terrible, terrible movie…

Somewhere in space a ship has been afloat. Another ship stumbles upon it and, like you do in space, the inhabitants board it; loot it; and attach it to their own ship to haul it back to earth. Also like you do in space, the new ship ignores all warning signs that anything is wrong and completely disregards the captain’s log – which happens to be in video format – cluing the new generation in on the fact that Orlok (Dracula’s less awesome cousin?) is aboard the ship and trying to get back to Earth. Fun side note: apparently, Orlok had hired the first generation ship to haul a shit ton of vamps and would be vamps back to a planet of vampires as a guise to reclaim his blood thirsty rule over Earth. Because a planet of vampires isn’t really good feeding ground for… vampires. 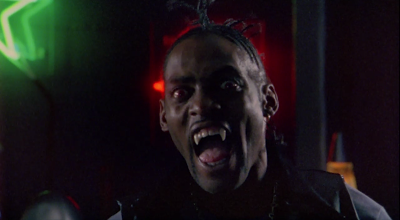 Oh, and Coolio is there. Because of course he is. And he’s turned first! Making him the anti-LL Cool J. There’s also an android who spends the entire movie reminding Casper Van Dien – who happens to be a Van Helsing – that she’s not interested in the sexy sexy times with him; only to reveal that she was originally created as a sex bot right before both ships explode in the worst CGI ending that ever CGI ended.

Honestly, I may have to watch Dracula 3000 again just for shits and giggles.

Clearly, it takes MANY Draculas – and apparently an Orlok – to do… well… maybe anything? Who knows, really? I think #VampireMonth is causing my brain to go a little more jiggly than normal. But that’s the cost of my love for yous guys. YOUS GUYS!

RATING: 2 rating shares out of 5 for Dracula II & III… it’s only fair since they clearly shared that budget, and sandwich