TWO, FOUR, SIX, EIGHT; WHAT DO WE APPRECIATE?

TWO, FOUR, SIX, EIGHT; WHAT DO WE APPRECIATE?

As kids, we learn lessons every day. Some of them are simple: don’t touch the hot stove or you’ll get burned; don’t hit your mom when she doesn’t give you what you want or you’ll get punished; don’t forget to walk the dog or he’ll poop on the floor.

Some of them aren’t so simple. I mean, am I the only one who remembers AP Chemistry? Or the first time someone broke up with me? Or how I had to completely re-learn social structures each time I changed schools?

Some lessons should be easy, though, like the one about “don’t be unnecessarily divisive”. Unfortunately, a place where I was supposed to have a good time taught me a lesson that took me a long, long while to unlearn. 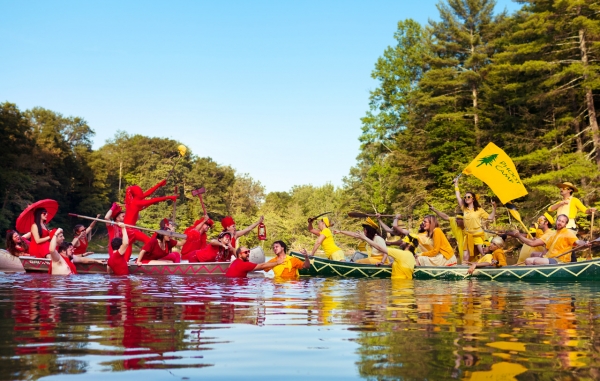 It was a pitched, heated series of battles between the forces of White and the forces of Blue (or Orange, but mostly Blue, because more people had blue shirts than orange ones). The White Indians and the Blue Cowboys would fight, play, cheer, swim, run, hit, throw, kick, fish, and behave. At the end of each War, a gigantic sing-off between the teams culminated in the judges – arbitrarily-chosen Counselors, plus the owner, her assistant, and the Swimming Counselor. Several tens of thousands of points had been awarded throughout the week, and one team would invariably win.

Of course, it was a closely-fought sing-off at the end. I mean, hell, there were kids as young as five at this camp; no one wanted to make them think they sucked.

And afterward, everyone was friends again.

I realize that Color War was just a way for the Counselors to get us to behave better and, supposedly, have more fun, but there were parts of it that were pretty insidious.

Color War would often start on a Monday afternoon. Our final “period” would be cancelled, and we would all be brought to the Meeting Cabin, the home-base of the camp, where the owner would announce that Color War was starting. Our Counselors would receive lists of who was with what group and one group would board the bus to go to another pavilion.

Then came the first competition of the war: cheering.

Yes, cheering. We had to learn cheers that we could use to show our spirit as campers and simultaneously show how dispirited the other team was.

The second day began with measurements of behavior. Often, friends were split up – ostensibly to get the less-popular kids to make new connections with other campers – so behavior points were lost for fraternizing with the enemy. It came down to how straight a line you had, how quickly you were ready to go somewhere, how well-behaved you were on the bus, and to a certain extent, how much better-behaved you were than the other team; after all, if your team was bad but theirs was worse, you’d get more points.

When I think back on it, it sounds a lot like the point system in the Harry Potter books.

There were always competitions in sports, which boded ill for me. I wasn’t much good at them. I was decent at dodge ball and soccer, but not at running – races were always an easy way to earn points, unless I was on your team – and I was an endurance swimmer, not a speed swimmer.

We had some free periods, when we were allowed to hang out with our friends on the other teams, but they were few and far-between. Still, I relished them.

In addition to sports and activities at the cabin – Arts and Crafts, for example – we had activities at the various locations in the park. Waterslide periods were always free, but boating wasn’t. Boating was, however, my specialty. I was expert at maneuvering the paddleboats and canoes, and using the boats as offensive weapons (read: ramming speed). Whenever we went boating, my team won. There was mini-golf, which I wasn’t all that good at, and biking, which I was good at, but again in endurance, not in speed. My endurance skills helped at finding items in cross-park scavenger hunts – always a plus. 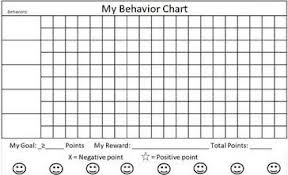 They were indoctrinating us that war wasn’t about winning or losing, about doing the right thing or the wrong thing. It was about spirit and behavior.

Each day ended with a practice period, where we would learn our team songs – several unique, complicated cheers (to go along with “U-G-L-Y,” “We Love You, Judges,” and the ever-popular “We’ve Got Spirit, Yes We Do, We’ve Got Spirit, How About You?” among others) and three songs. Two were written by the Counselors of the teams, one being a comedy song (making fun of the other team’s Counselors) and one an “alma mater,” where we had to pretend we really liked the other team. The third song, if I remember right, was the camp song, and we all, as two teams, had to sing it together.

By the end, the scores were usually within five hundred points of each other. The final cuts were often separated by less than one hundred points. And we can’t forget that at the end, we had to sing a nice little song. You might remember it as “Two Four Six Eight, Who Do We Appreciate?” before doing our celebrations.

And then we’d have the last half-hour to reunite with our friends before the buses left and our parents showed up. This would be on a Friday afternoon, and we’d all come back Monday having forgotten the entire war.

What I learned from Color War was this: while sporting prowess meant points on the battlefield, showing you respected your enemy by cheering for them and also behaving properly counted for much more than winning did.

In my time as a Counselor, I learned that by the end of Color War, I would get depressed at the futility of it all. More depressed when we were winning, believe it or not, because I knew we hadn’t won. We’d pandered our way to the top.

That’s what summer campers really learned from Color War: pander your way to the top, and behave when you get there. 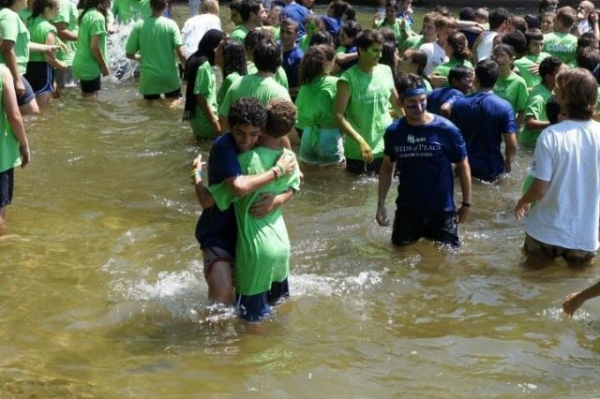 There’s enough divisiveness among our kids these days. Let’s teach them to include everyone, whether they’re Blue (or Orange) Cowboys, White Indians, both, or neither.