“A mix tape. Oh, he made a mix tape! He was thinking of me, which shows he cares. Sometimes, when someone has a crush on you, they’ll make you a mix tape to give you a clue!” 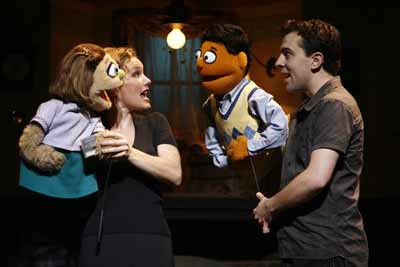 If you were born after 1990, you’re probably stuck wondering what exactly a “mix tape” is.  By the time you were old enough to purchase albums for yourself, CDs were all the rage and every cool kid had a Discman slipped into the front pocket of his Jansport backpack with a headphone cord snaking up from behind him and over his ears. Children born just five to seven years after that would scoff at the idea of carrying a CD player with them everywhere. Who needs such a clunky machine and the accompanying sleeve of discs when you can carry around two hundred albums worth of music in your pocket on an iPod the size of a postage stamp?

Sure the CD kids could make a playlist on their parents’ Dell and burn it to a blank disc and the iPod generation can whip up a playlist and share it with millions over iTunes in an instant, but that’s all so simple and boring. Today’s teenagers don’t get the joy of begging their mom for a pack of five blank TDK cassette tapes so they can spend hours trying to craft the perfect mix tape to give to a friend. If you were really lucky and your parents had a lot of money (or you were good at saving your allowance, which I wasn’t), you might have a tape player where you could transfer songs from one tape to another.  If you were like me and your musician dad already had a top-of-the line stereo system, but you weren’t allowed to touch it, you got a basic boom box that played or recorded one cassette tape and picked up AM/FM radio. 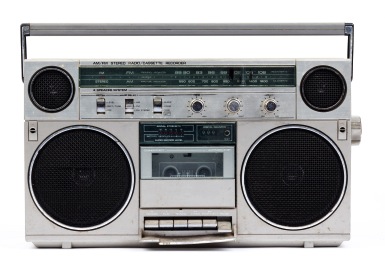 I can recall dozens of times throughout my childhood and adolescence, laying on my bed with a boom box sitting on the windowsill next to me, looking out over Thornhill Court. I had Q101 blasting and my finger hovering over the record button, trying to catch every single second of my favorite songs as they came on. It was a true victory to immediately recognize the opening chords to “Friday, I’m in Love” and mash down that record button, capturing the entire song. I spent hours like this, capturing my first copies of Nirvana, Nine Inch Nails and No Doubt. (And embarrassingly, Crystal Waters and Vanilla Ice.) I’d trade and swap these tapes with my best friends Jessica and Michelle, who lived in houses next to each other across the street. We’d play them over and over again until the tapes were so worn that they’d break. There was no bigger tragedy than listening to your favorite mix tape and suddenly hearing the tell-tale squeal that meant your Walkman ate and mangled the tape, destroying it permanently. Yes, there was portable music before the iPod and even the Discman. The Discman was named after it’s predecessor the Walkman, which was called such because it was the first music player portable enough that you could walk around with it.

Once CDs came out in force, it became easy to perfect the mix tape. The next generation of boom boxes had CD players in addition to cassette and radio functions. The hours of waiting to record good songs off the radio were over. Those hours were replaced by hours swapping CDs in and out of the player and recording individual tracks to tapes. I would meticulously plan my mix tapes, knowing what order I’d put each song down so they would flow well together. Sometimes the tapes even had themes, like “songs to dance to” or “romantic songs that make you cry.” (Yes, my friends and I were weird. We used to sit in Jessica’s garage and listen to Celine Dion’s “The Power of Love” and see who could make themselves cry first.)

While my mix tape nostalgia remains to this day, I would be lying if I didn’t admit to being an early adopter of technology, especially when it comes to music. I was one of the first kids in my school to trade my Walkman in for a Discman and in college; I owned the first iteration of the iPod Classic. I love these things, but no matter how many playlists I program into my iTunes, I never get the same satisfaction as I would receive from carefully writing down each song onto the liner of a mix tape I made all by myself, knowing that I made something perfect. I feel a little sad that the pre-teens of today will never get to experience that. And with instant gratification on YouTube, will also never get to experience watching hours of MTV (back when they actually played music videos) hoping to catch the newest Pearl Jam or Bush video.