I grew up in a coffee household. Both of my parents required multiple cups of coffee to begin their day, and my father had a hot cup of java at hand nearly twenty-four hours a day. It was clearly something passed down from their own parents. I remember spending weekends at my grandparents’ home in Chicago. My grandfather would wake before the sun and the first thing he’d do would be to slide on his slippers, shuffle to the kitchen and turn on the old-fashioned percolator. Me? I’m the odd one out of this super caffeinated family. It’s only in the last two years that I’ve even become able to tolerate coffee. Even then, the bitter taste of hot black coffee puts my teeth on edge. If it isn’t full of milk, sugar and other bad things, I’d prefer tea.

Because I never really developed a taste for coffee, I also never became a regular consumer of caffeine. I’ve never been much of a soda drinker, and even then my hand tends to gravitate toward the caffeine free lemon-lime selections on the soda machine. When I do consume caffeine, everyone around me knows it. The one and only time I drank a Red Bull, I was so hyper and my heart was pounding so fast I thought it was going to explode. 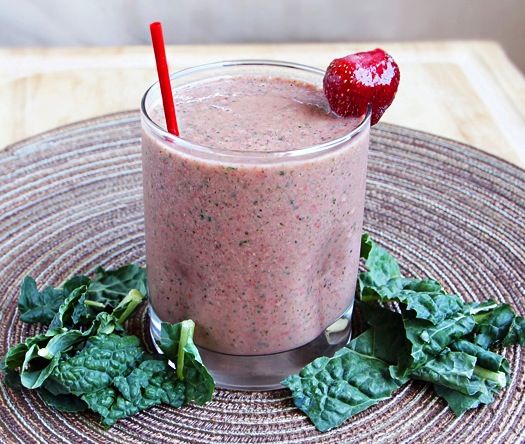 Some would say that being able to survive without a daily cup of joe makes me a lucky person. There’s only one hitch: I’m very much NOT a morning person. When my alarm goes off and NPR starts yakking in my ear, it’s an incredible struggle to not tell Diane Rehm to shut her pie-hole and let me sleep for a couple more minutes. So what does a girl who doesn’t like coffee and has a bad reaction to caffeine do to get herself going in the morning? I pull out the blender: a very loud, very powerful blender. If the noise doesn’t wake me up, the pure shot of nutrients I toss into its whirring blades certainly will.

It took me a long time to create my perfect morning smoothie. I’m not one for eating much for breakfast, so it had to be light. But it also couldn’t be full of junk like most smoothie shop smoothies that use ice cream and sweetened juice as a base. Dr. Oz has his own recipe for a smoothie. So do a lot of Hollywood docs and nutrition experts. There’s even a “Glowing Green Smoothie” trend going around, that involves celery and parsley and a lot of things that don’t seem particularly appetizing when mashed up. Me? I took all of this “expert” advice, talked with my own nutritionist and came up with a smoothie that pulls a little bit from everywhere and lands somewhere between Jamba Juice and wheat grass pulp on the “satisfying” scale. 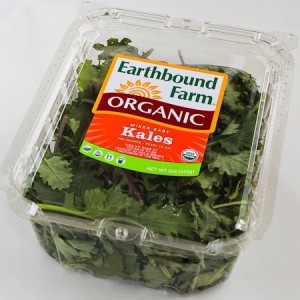 A smoothie with greens in it can take some getting used to, and the ground flax meal has a very distinct taste to it, but it’s full of fiber and Omega 3’s. If you’re not used to a lot of fiber and greens in your diet, start with just a few leaves of the kale and spinach and work your way up to stuffing more in the blender. You can also replace the coconut water with one cup of any juice. When I first started, I used orange juice, but switched to coconut water to reduce the sugar and increase the hydration and electrolytes. I don’t recommend a particular type of blender, but you will want a very powerful one to get the greens really chopped and integrated into the frozen fruit. I use a Ninja and I’m very happy with it. If you’re still working with a standard blender, use fresh bananas instead of frozen.