Insofar as the internet goes, I’m pretty old — I’m 39, and have been online for more than half my life, ever since my parents’ friend created a CompuServe account for me. I’ve seen a lot of trends come and go online, and honestly I’m at the point where, if you piss me off, I’m not coming back to your website.

Here are six of the worst ways to do that: 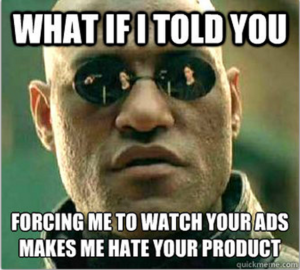 6. Autoplay audio or video. — I usually leave my computer muted, because there isn’t much online that I need sound to enjoy. But while I’m at work, I’ll often be listening to music through my computer while getting things done. I’ll take an occasional break, pop open an article I’ve been meaning to read, and then my ears are blown out by some stupid video I don’t care about because I’m hear to read. Sure, it’s easy enough to mute the audio, and I do have an extension that helps a little, but it’s a constant battle between sites and extensions to block autoplay audio and video, and it’s really, really frustrating.

Oh, and, by the way… Stop selling your programmatic and remnant space to those bottom-of-the-barrel vendors who’ll throw an autoplay audio and video ad into your 300×250 ad position. Those particular ads eat up a crapload of bandwidth and are so heavy with scripts and tracking cookies that they’ll cripple the browser if they’re left alone. It doesn’t matter how high they say their CPM is; it’s not worth it. 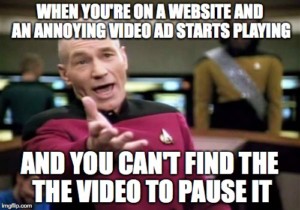 5. Video windows that follow you. — I first saw this on CNN, but now a lot of sites do it: if you scroll past the video, it follows you down the page, begging you to click it. This is because video preroll CPM is higher than regular display CPM, and because most video players go to the next video (which means another ad) after you’re done with the one you may actually have wanted to watch. Rarely does that occur, except on The Onion.

Oh, and, by the way… I know you’re only doing it to get additional ad impressions and video views. Not only does this artificially inflate your stats (which is not a viable way to measure success), but it makes people not want to come back to your site. Ever. 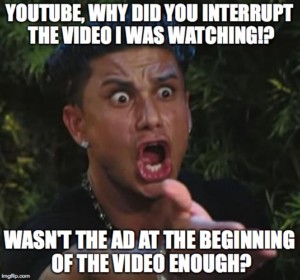 Oh, and, by the way… If you’re going to throw a preroll at us, do us a solid and don’t also run a VPAID popup ad as well as a rich media companion banner (or remnant banner). The more ads on the page, the less people will respond to them. Given how ADD our culture is now, the more you have to distract people, the more they’ll be distracted. Especially when it comes to video ads. 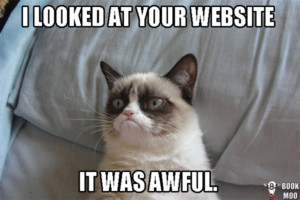 3. Lightboxes. — The number of sites I’ve been to that don’t have a jQuery popup exhorting me to subscribe to their newsletter I can just about count on the fingers of one basketball. In other words, they all do it, and it drives me crazy. The close buttons are all over the place; some can be closed with an escape key but some can’t; and some block all the content, instead of just a small piece of it. Let’s get one thing straight, websites: the more you throw that in my face, the less likely I’m going to be to sign up… and if I am signed up, the least you could do is somehow cookie me or register my existence so I don’t have to see it again. (Of course, if they did that, then I’d sign up for every email newsletter and route them all to my spam folder, never to be seen again.)

Oh, and, by the way… Google really needs to start supporting newsletter ads. Everyone wants to sell them, but Google — the biggest ad provider in the world — doesn’t have a reliable way to make them appear. It’s no end of frustration to people who have to support the folks that say “we want to put ads on our newsletter”. We keep telling them “there’s no way” and they keep asking, and it’s really tiresome. 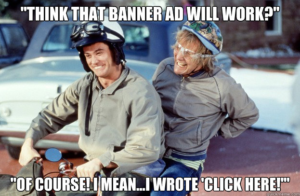 2. Two-factor authentication. — Let me be clear here: I think two-factor authentication is a great thing, and every site should use it for logins. But they all need to use it consistently. I don’t want to get a text on my phone or an email in my inbox; I want to pop open the Google Authenticator app and get a six-digit code. It can’t be that difficult; I have Authenticator set up for both Amazon and Google, and I’m sure other sites can do it. But they don’t. And on top of that, some sites only require it some of the time, or at random times, or just when I need to log in and check one damn thing. Be consistent, please.

Oh, and, by the way… Yahoo is using their apps to handle two-factor authentication; if you have a Yahoo app on your phone, that’s how you sign in. I have the Yahoo fantasy football app, but I have notifications turned off, so in order to sign in I have to type in my username, go to the app (which isn’t called Yahoo Fantasy Sports, but just Fantasy Sports, so I can’t just zip to the bottom of my app drawer, and the app doesn’t go on my home screen except during fantasy football season), navigate to the Account Key section, and then re-send the authentication signal because it took me so damn long to get there. Make it easier, guys. 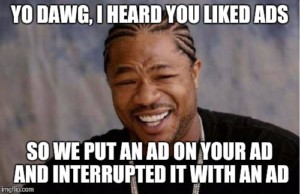 1. Slideshows. — Slideshows are a cash grab, pure and simple. They exist so that sites can get more ad impressions — and insert ads into the slideshow as well, which is super fun — because they reload the ads every time you change slides. They even inflate the slideshows — a slideshow of 20 things can become 60 slides if the content person has enough images on-hand. I can guarantee you that I’ll never go through a slideshow, even with an ad blocker turned on, because I just don’t have the time to waste. It’s not that important, and will never be.

Oh, and, by the way… Recipe sites, I don’t want to read ten paragraphs about your life and what your family thought of the recipe. I just want the recipe — and I want to be able to print it. I don’t want to scroll through the entire page (giving your advertisers coveted viewable impressions) just to find a list that says “combine these five ingredients and bake for 30 minutes at 375 degrees”. Put the “print recipe” button at the top, and make sure the entire recipe fits on one page (unless it’s legitimately complex). And for the love of whatever you hold holy, do not make the recipe a video. I will nope out of that faster than you can say “parmesan-crusted chicken”. 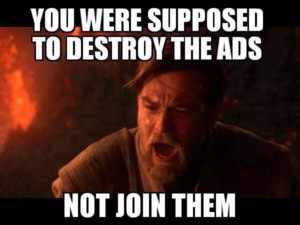 I work for a major media company, and one of our websites is so overloaded with ads and scripts that it literally crashes browsers. (It also refreshes every five minutes, so I hope you remembered where you were on longer articles.) We’ve brought this up to the dev teams, and the dev teams have brought it to the sales teams, and the sales teams have said, in much nicer language, “tough shit, we’re not removing any ads, and in fact we’re adding more.” Happens every damn time.

And they wonder why I don’t go to their site anymore.

Protip: if you’re dealing with this issue, view the site on your phone. You can force a mobile view in most browsers; here’s how to do it in Chrome:

For the moment, mobile ads are lighter, faster, and less intrusive; pages will load with alacrity and the content is exactly the same. 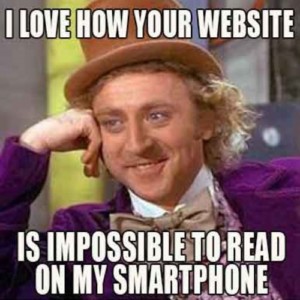