SIX OF THE WORST… TNG misfires

Welcome, my friends, to the 30th anniversary celebration of Star Trek: The Next Generation. While it’s not the original, it became a worthy successor and spawned multiple spinoffs while enriching the original canon. For a long time it was my favorite TV show, and it’s what got me into writing science fiction — the first sci-fi story I can remember is a fanfic of the crew celebrating Hanukkah.

But, just like the original, TNG had some glaringly-awful misfires in its seven-year run. Here are six of the worst of those. 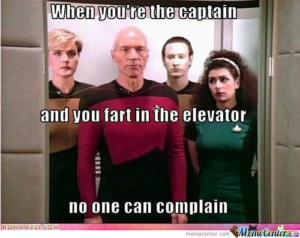 6. Code of Honor (1.04) — Let’s get this stinker out of the way first. It was a gigantic racist mess of a show, where the crew goes to a planet of African stereotypes to pick up a vaccine. I didn’t even let my kid watch this one because it doesn’t advance any of the characters in any meaningful way and, like I said, racist mess. Skip it at all costs.

Oh, and by the way… The Ligonians (the stereotype planet) were able to create a vaccine for a very specific plague on another planet. However, other than transporter technology, I saw no evidence of anything to suggest that they had medical facilities capable of mass-producing a vaccine. Maybe if the writers had given us some of that, we could perhaps have overlooked some of the other flaws. Perhaps.

5. Birthright, Part 1 (6.17) — While Worf is en route to find his father, who an information broker says is still alive, Data, Geordi, and Dr. Bashir from Deep Space Nine help Data to unlock his dream program. That part in and of itself is cool, but what a waste to only use Alexander Siddig (then known as Siddig El Fadil) from the other show. There were plenty of good places to do crossovers throughout the rest of the show, and other than an appearance from Quark, we didn’t get any. Too bad. I heard it might have been because at the time Bashir was the least popular DS9 character and they were trying to give him some more popularity, but it didn’t work out.

Oh, and by the way… I love the character of Worf. I love his deadpan humor and the conflicts between honor and doing the right thing. But after a while some of these Klingon episodes got tiresome. I didn’t care a bit about Worf’s attempt to win over the Klingon/Romulan hybrids, or how he faced off against the Romulan commander. Just did not care. 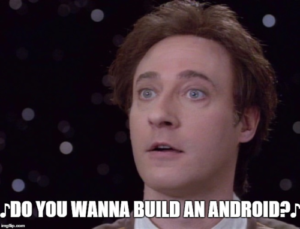 Sometimes you find the perfect meme…

4. Most of the seventh season — Oh, boy, did this season have some epic stinkers.

That’s nine episodes… 35 percent of the season… that was just awful. I love TNG, but I think the writers just ran out of steam. This would’ve been the perfect time, by the way, to do multi-episode mini-arcs — I mean, why not, right? They’re not going to get cancelled when they’ve already announced it’s their last season. Go for broke!

Oh, and by the way… Somehow the seventh season also has one of my favorite episodes in it. More on that in a sec. And it has “Lower Decks”, which fired on every cylinder and even spawned its own TV Trope. 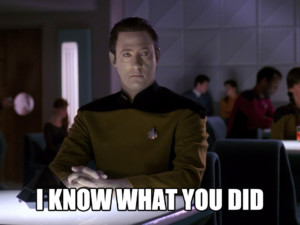 3. Parallels (7.11) — I love this episode. It’s cool, it’s funny, and every time I watch it I see something slightly different. For those who don’t know, it’s the one where Worf goes through an invisible rift in space and starts jumping into alternate realities. Each time he has to figure out what has changed and convince the others that it’s happening. At the end, of course, he gets back home to his normal timeline, but it was a huge missed opportunity for the writers not to include something ever-so-slightly different, that would haunt Worf as he realized he wasn’t really home in his own timeline. I mean, the ending as it is isn’t bad, but I would have loved that creepy little coda.

Oh, and by the way… While I love “Parallels” and alternate-universe stories in general, I do think the show went to the well either too often or not often enough when it came to Sela, Lieutenant Yar’s daughter from an alternate version of herself who went to the past and had a liaison with a Romulan. She and Tomalak (another Romulan) were wasted in their roles; Tomalak could have been a great long-term villain, as could Sela, but the curse of non-episodic television struck again. 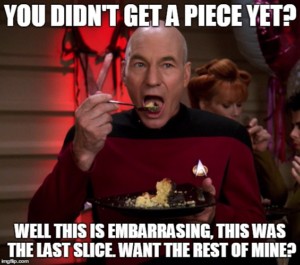 2. Violations (5.12) — While the Enterprise ferries a group of Ullians — powerful telepaths who, in this case, do historical research by collecting memories — crew members start falling into comas. We see why it happens: one of the Ullians is basically committing assault against the crew (Troi, Crusher, and Riker) by inserting himself into their memories and forcing them to relive them. It’s supposed to be a rape allegory, I think, but allegory only really works if you don’t do the actual thing, and in Troi’s memory the Ullian takes on Riker’s role and where Riker stopped the Ullian pushed forward. The writing in general wasn’t bad, but there were far better ways to deal with this.

Oh, and by the way… Season five also had “The Outcast”, in which a person in a nongendered race falls in love with Riker and decides she is female (and Riker loves her back). It’s supposed to be an allusion to homosexuality, but Rick Berman (who was running things by then) is reportedly against including gay characters — despite the fact that Jonathan Frakes campaigned to have the alien played by a male actor. 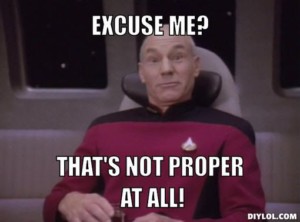 1. The Loss (4.10) — Back in the early 90s, serialized television wasn’t really a thing, and that’s too bad, because “The Loss” was a perfect opportunity. In it, the Enterprise is caught up in what is basically a migration of two-dimensional organisms, and a side effect is that something they emit causes Deanna to lose her empathic abilities. Of course she gets them back at the end, because back then everything reset after every episode (for the most part), but this could have been a marvelous opportunity to serialize Deanna’s recovery and give her character some challenges, instead of just making her empathic window dressing most of the time.

Oh, and by the way… It doesn’t matter if Deanna is empathic or not when it comes to her being a counselor. None of my therapists have ever had empathic abilities on Troi’s level, but they were all capable of helping me deal with my issues. I understand that Troi was upset, but that was no excuse for treating Ensign Brooks the way she did. Nor is it a reason for her to just quit her job; if she does, then she’s admitting her abilities are a crutch, not a benefit. 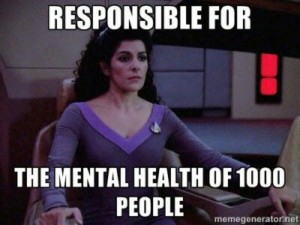 My all-time least-favorite episode of the show is “The Outrageous Okona”. It’s two completely-dissimilar plots; one is about a somewhat skirt-chasing independent freighter captain who boinks Teri Hatcher and brings two worlds together, and the other is about Data learning stand-up comedy from Joe Piscopo. Literally no one from the warring planets is likeable, and the comedy angle is just stupid — and it ends sadly, with Data realizing that forcing people to laugh because they’re holodeck characters teaches him nothing. So what was the point? Just… just a bad episode all around. 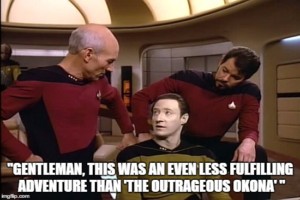 I did not make this. I found it. I swear.