SIX OF THE WORST… things about Toys

When I was a teenager, a film starring Robin Williams, LL Cool J, and Joan Cusack hit theaters. It was about a toy factory, the creation of war toys, and an ideological battle between what should and should not be marketed toward kids. (Kind of.) It was called Toys, and I really enjoyed it. It had clever jokes, snappy one-liners, and a soundtrack that featured Tori Amos, who I was really into at the time.

I’ve always had a soft spot for that film. And, last month, when my daughter, my wife, and I were trying to pick a movie, Toys jumped out at the kid. So we watched it.

It did not hold up. At all. Here are six of the worst things about it — and I feel safe in spoiling a 25-year-old movie, but I suppose if you still want to watch it, you might want to skip this column. A basic plot outline: Kenneth Zevo, a toymaker, dies, and asks his brother, retired three-star general Leland Zevo (Michael “HARRY DID YOU PUT YOUR NAME IN THE GOBLET OF FIRE!!!” Gambon), to take over, because his son Leslie (Robin Williams) is, in Kenneth’s own words, a flake. Leland doesn’t like heading up the toy factory, and when he catches wind of some possible industrial espionage, he calls upon his son, covert ops Captain Patrick Zevo (LL Cool J), to implement security procedures. The general also wants the factory to start making war toys, which he plans to use to modernize the US military. Meanwhile, Leslie meets and courts a woman named Gwen (Robin Wright, pre-Penn) and takes care of his sister (Joan Cusack). 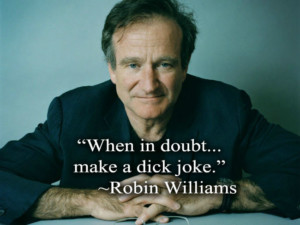 6. It looks like an all-ages movie, but it’s not. — While Toys doesn’t have any graphic violence or blood, it does have enough adult humor and swearing to make it PG-13. I didn’t remember most of the adult jokes and was kind of shocked to see them. Plus, there are a lot of references that kids just wouldn’t get, even back then — the Korean and Vietnam wars, the speech Robin Williams made to the old Zevo toys, and even the invisible pooping dog gag — and there’s a sex scene, albeit a non-explicit one. Except that Jaime Foxx and his surveillance cohort listen in to Leslie and Gwen doing it. I suppose in the early 90s that was funny, but these days it’s just creepy. For a movie that starts with a Christmas pageant and a pleasant song, it’s not at all aimed at children.

If I made this movie today… Drone warfare was in its infancy in the early 90s, but today it’s a huge thing, and one of the few things that even supporters of President Obama say that he got wrong. Nowadays the US military needs drone pilots, and the concept of hiring video-game-playing kids to run them is solid. Though, given that war games these days are more about FPS combat and less about tanks and planes, I would probably have the toy company specialize in robotics and have the kids piloting robot soldiers. 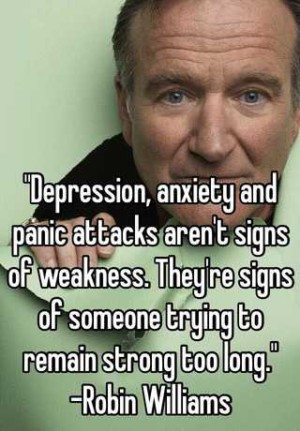 5. It takes forever to get going. — Look, I get it, sometimes you have to take a little time to get to know the characters and the situation. It’s why so many films are made in media res these days: because if you start out to slow, people will change the channel. Toys has a ridiculously slow start: a four-minute Christmas pageant that means almost nothing to the plot except to show what Kenneth Zevo is like, the discussion between Kenneth and Leland, the funeral, the installation of the general… it’s not until the espionage part starts that the story really gets going, and that’s almost half an hour in. For a two-hour movie, that’s a lot of waiting.

If I made this movie today… I might start with the Christmas pageant, but if I did, it would be a robotic Christmas pageant at a mall somewhere — or maybe even just a robotic or animatronic Santa being controlled back at the factory by Kenneth, who is still dying but loves Christmas. The government approaches him (perhaps as an inset scene) but he refuses to sell. His brother thinks this is un-American and, when he learns the factory is to be willed to him, gets an idea. Unfortunately the will specifically stipulates that none of the AI designs can be shared with the military, so Leland has to improvise. 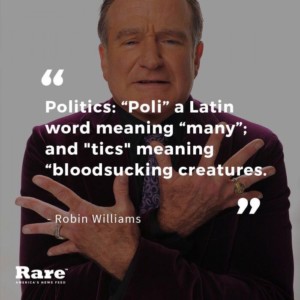 4. It treaded too hard on nostalgia. — If the intended audience of Toys was adults who grew up in the Vietnam era, then there certainly was plenty of nostalgia about it. The gag toys (the fake vomit testing was particularly amusing the first time around), the references to the shrinking of the military budget, the lack of “real wars” (I’m guessing this was filmed around the time of the first Gulf War), and the concept that there are still places where you can drive for miles and see nothing but grass and rolling hills. The thing is, if you make a film that’s pure nostalgia, anyone who’s not in the target audience won’t enjoy the movie because they’ll constantly be trying to figure out the jokes.

If I made this movie today… I think you can tell this story without all the nostalgia. You can have a non-violent toymaker or robotics company that wants to create, for example, AI-powered assistants. They did it in Humans, after all (although I stopped watching after the first season so I don’t know if the androids were weaponized at some point later on). And given that we’re at the cusp of a boom in AI and robotics, it would probably hold up in the future as a cautionary tale of what happens when new technology is weaponized. 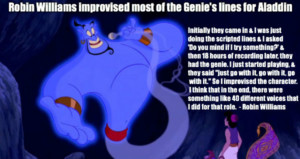 3. The Alsatia payoff came out of nowhere. — While we knew that Zevo Toys focused on making items that didn’t need power — wind-ups, string-pulls, gags, etc — or were, occasionally, battery-powered, we had no idea that Kenneth was talented enough to build a fully-functioning android sister for Leslie. The audience is supposed to think she’s just a weird person — until her head is blown off by the sea swine. The fact that she’s a robot wasn’t telegraphed at all, and I feel like maybe a little foreshadowing would have been nice.

If I made this movie today… Alsatia could be an adopted kid from a low-income area who has a talent with robotics. She could have grown up with Leslie, learned from Kenneth, and absorbed the values of the Zevo family. She could even have been the linchpin of the general’s plan — turn Alsatia’s head with the amount of money she would have to pour back into her old community, if only she helps the general build his war machine. I’m sure someone (maybe even me) could write that story well enough to be believable. 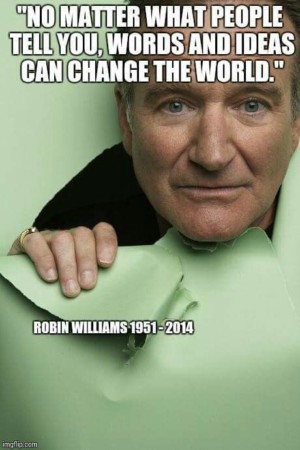 2. The Patrick/Debbie romance plot makes no sense. — The only reason Patrick and Debbie have a relationship is so that Patrick can feel betrayed by his father when he finds out the general also had a relationship with Debbie. And then, when he turns on his father and spills the beans to Leslie, it’s kind of tenuous — why wouldn’t he just confront the general? Why would he spoil all the plans in which he believed so strongly (even if he did tell Hogenstern to shut down the sea swine before it hurt his cousin)? Outside of that one scene in Debbie’s trailer, we had no idea whatsoever that Patrick had a girlfriend — even if she was a secret one.

If I made this movie today… As I said in my response to point three, we can turn Alsatia against Leslie, so she can then be redeemed when she realizes just how awful the general’s plans are. That way, Patrick could remain a villain, or he could be Leslie’s favorite cousin who’s just too serious about everything and Leslie just wants him to lighten up — which eventually works when Alsatia is turned. I don’t know exactly how to fix it, but I would not have put in a romance subplot. The one between Leslie and Gwen was quite enough. 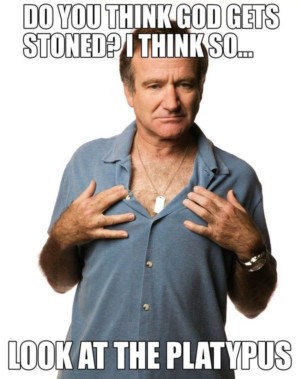 1. It wasn’t meaningfully diverse. — I’m noticing this a lot more these days. LL Cool J was the only non-white actor who had more than just a token appearance. Jaime Foxx and Julio Oscar Mechoso had a few, and it’s clear most people liked Joe the cook. And yes, there was the token moment in the fake vomit testing room where the Asian toymaker made a point that the vomit was very Western in nature. But beyond that, nothing. You can’t get away with that these days, and because movies now are at least (I hope) trying to show diversity, it makes it more obvious when old ones don’t.

If I made this movie today… I would make it more diverse, perhaps even making the Zevo family non-white. I would also probably not try to make it a comedy, which means we wouldn’t have to depend on a comedic actor who would end up being the star of all the promotional material. You want character actors, so that you can focus on the story — which means someone like Rick Worthy as the general, for example. Or the general could even be a woman. Or it could take place outside the US. I don’t have all the answers, but I know that today we can do better. 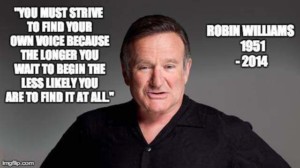 I don’t really have any interesting bonus content today that’s directly related to this column, but something that I was talking to a friend about might be useful for you.

Let’s say you have a thing you do that you don’t like, or that you want to become more mindful of having done. For example, you get inappropriately snarky at people who don’t deserve it. That sort of thing can hurt people’s feelings and damage relationships. Not necessarily in a big way, but it can chip away at them, a bit at a time.

Some therapists I know (and have read articles from) have suggested putting a rubber band around your wrist, and every time you do the thing, you snap it. It stings a little, yeah, but it also reminds you that you did the thing because you have to consciously do something. For adults, it doesn’t hurt in a way that would make you want to stop because of that specific reason; it’s more about becoming more mindful about having done something you don’t want to do. You are making a conscious choice to observe and act upon a behavior that you want to change.

One tip though: this may not work out so well if you’re a masochist. Just saying. 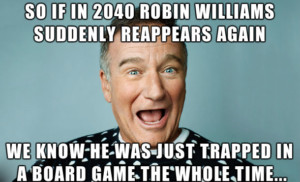