SIX OF THE WORST… things about three-day weekends

You might be aware that, in the US, last weekend was 50 percent longer than usual. And while it’s nice to get the extra day off (or, if you have to work, the time-and-a-half you hopefully earned), there are still several downsides to three-day weekends. Here are six of the worst of them. 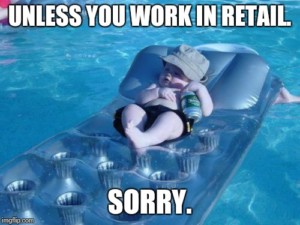 6. The Workday Before — Everyone — and I mean everyone — tries to escape work early the last day before a three-day weekend. Especially when it’s a national holiday, as Memorial Day is. The office will be deserted, but work will still need to be done, and you can damn well bet that that one annoying co-worker definitely didn’t take the day off and will bother you with IMs, e-mails, and support tickets until you want to pull your hair out. You just wanted a nice, quiet work-from-home day watching Netflix, but that’s not what you got, is it?

Icing on the cake: If you’re not taking PTO and your boss asks you to fill in and run the department, there’s a 100 percent chance someone is going to screw something up and you’re going to be on the hook for it. So enjoy that while you can. 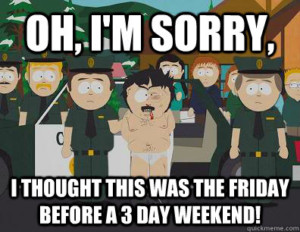 5. There’s No Escape — Holiday weekend traffic is its own nightmare, especially if you live in a major metropolitan area, or one that lies along the path to a vacation destination. If the holiday is on a Monday, the traffic usually starts around noon the Thursday before, gets really bad around noon on Friday as everyone gets out of work, and then rush hour is weirdly bad in some areas and okay in others. Here’s hoping you get out at a good time and don’t have to take any of the highways the tourists are using.

Icing on the cake: Imagine being the one at the destination already, waiting for people to arrive, and there’s a huge accident on the way. This has happened to me multiple times, and it sucks. 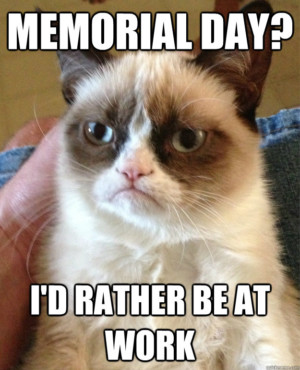 4. There’s Nothing to Do — Look, let’s be realistic here: I’m a nerd. I don’t want to go to the beach, or go shopping, or watch a Memorial Day parade. I want to spend my weekend doing the same stuff I do every weekend: relaxing with my family. But the cultural zeitgeist says YOU MUST GO OUT AND DO THINGS, and that’s multiplied because now you have an extra day where you don’t have to wake up for work.

Icing on the cake: Amusingly, I did go shopping on the Friday before Memorial Day. Or, more precisely, I was present while someone else was doing the shopping. 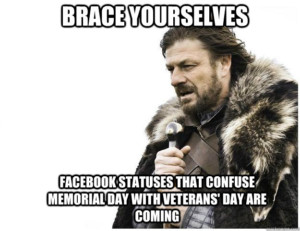 3. Unless You Go to the Movies — The only thing everyone can agree on right now is that it’s hot as balls out there. I just came in from a short car trip and I’m already super-melty and gross. In general nerds don’t like to be outside. What we like is to be in cool, dark places*, and movie theaters certainly qualify. And hey, X-Men: It’s the 80s Now came out on Friday. Why not, right?

Icing on the cake: Because everyone else is at the movies too. Especially at the cheap theater, because they have to do something with their kids. 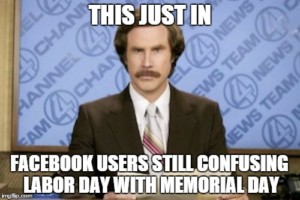 2. The Kid Problem — If you’re staying home for the holiday weekend and you have kids, odds are good you’re going to want to set up a playdate of some sort — preferably at someone’s house who has a pool. So you start calling the week before, but everyone’s out of town except that one kid who you hate your kid hanging out with. So do you say “sorry, kiddo, but nothing is available”, or do you deal with it? I chose option B, because of course I did.

Icing on the cake: Your kid knows it’s not a school or camp night on Sunday night, so the schedule’s going to get all messed up when the kid stays up extra-late. 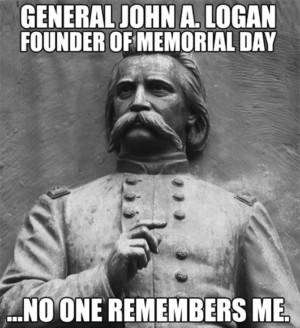 1. The Readjustment Bureau — Okay, fine, it’s nice to only have a four-day week of work after a long weekend — and, honestly, given how few people are in the office on the Friday before and the Tuesday after, it’s really more like a five-day weekend. But your schedule will be completely off, your five days of work will be crunched into four, and by the end of the week after the holiday you’ll be ready for another vacation. Too bad the next three-day weekend isn’t until July.

Icing on the cake: If you live in an area where school ends before Memorial Day and you’ve enrolled your kid in camp for the first week of break, you can bet that the cost of four days of camp will be just as much as for five. Discounts aren’t a thing.

I think the Dilbert animated series said it best when they explained how a one-day holiday becomes a one-week vacation. Watch for yourself. 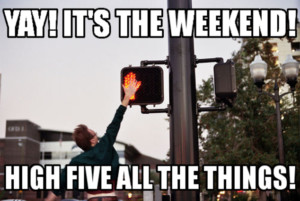