SIX OF THE WORST… things about Android Auto

I had to replace my car last year, and one of the things I was excited about was that I could get one with Android Auto. (I don’t have an iPhone, but if I did, I would have tried to get one with Apple Carplay.) I was really looking forward to not having to peer at my phone all the time when I was doing navigation, or replying to messages (using voice-to-text), or changing my music.

But after six months of using Android Auto, I was done. While it’s a cool innovation, and it’s a good idea to get people to stop staring at their phones while driving, it’s not quite fully baked and that means nerds like us will find problems with it. Here are six of the worst of them. 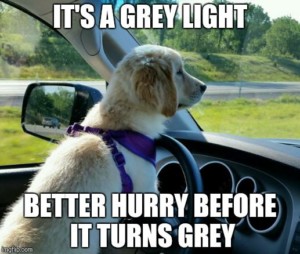 6. You’re trapped in it. — Once you’ve plugged your phone in (oh, by the way, Android Auto requires a wired connection), the phone itself goes to the Android Auto screen and you can’t actually do anything. Which is, I suppose, the point, but there’s a lot you can do on your phone with voice control that should be integrated into the app. Instead, you have to wait until your phone gets a notification, and then you can swipe down from the top and trick your phone into letting you into the application (which completely defeats the purpose).

I would fix it by… Add an “expert mode”. Toggle that on, and it puts a button on the front of the Android Auto screen on your phone that you can use to step out of it without shutting it down. Because if you do exit it to reply to an email, your navigation and music go away too. 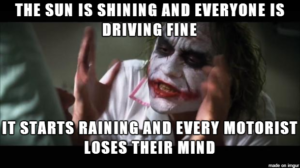 5. It’s limiting. — When you have a long list of items, you can only scroll through two or three pages before “browsing locked for safety”. I understand why this happens, but let’s say you’re on a long trip and you downloaded a ton of Welcome to Nightvale episodes. I hope you only want to hear the most recent dozen of them, instead of starting from the beginning, because unless your car is in park (which doesn’t happen very often on the highway) you can’t scroll far enough down. This same thing happens in all music apps, as well as navigation — so if you’re looking for, say, a specific Starbucks, and it doesn’t show up in the top of the list, you can’t navigate to it without putting the car in park (unless you use your voice).

I would fix it by… If you’re going to lock browsing for safety, maybe only lock it for ten seconds? That way the user will be guaranteed to look back up at the road, at least for a little while. Or just trust us to use the software the way we, the users, think is best. 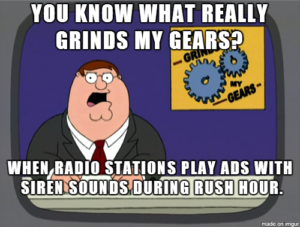 4. Do you have to use your voice for everything? — I realize that if you’re going to create an auto system that is intended to reduce distracted driving, you’re going to want it to have voice controls. But does it have to be that much voice? What I mean is:

It seems simple enough, yes, but even a ten-word message can take thirty seconds to send. In our high-speed, instant-response-needed world, that’s not acceptable. My wife and I can have a full text conversation in that time.

I would fix it by… Would it kill Google to put some very large buttons on the screen during text messaging? Or when it has to ask you a yes/no question? Or allow us to turn off the confirmation? Or allow us to use a hot-phrase at the end of texts (such as “OK Google send now”) to skip the repeat and the “are you sure”? There are countless options. Give us some. 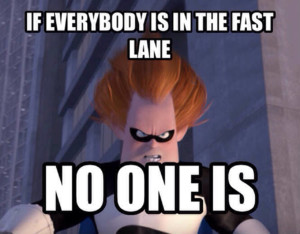 3. The audio bug. — This may be limited to my carmaker and model year (2017 Hyundai), but it’s super annoying. When you’re having a conversation with the car, your audio is paused. Your phone does the same thing. But unlike your phone, Android Auto is basically an external speaker, microphone, and monitor (as opposed to the integrated ones) and external devices often have bugs. This particular bug happens when I’m in a conversation with the car and a new message or notification comes in. Once that happens, the car is unable to keep the audio muted. This is especially annoying when I’ve just dictated a long text message, because no matter how far down you turn your audio it’s at best a 50 percent chance the car will hear your responses once it opens the microphone again to ask you if you want to send or change the message. If only there were giant buttons on the screen to bypass that…

I would fix it by… There’s a lot of Hyundais out there, so I’m thinking this is a bug that affects quite a few people. Get it into a sprint and get it cleared. 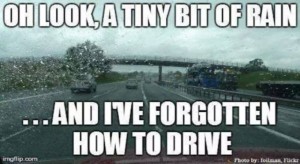 2. No “quiet” mode. — At least in my car, the Android Auto volume is independent of the car’s media volume. So I can have my radio at 4, but if I forget to turn down my Android Auto volume it can blast me at 10 (my car’s volume meter goes up to 45). It can scare the hell out of me (or my passengers) — but, worse, if I forget to fix it when driving at night, or when someone is asleep in the car (like on long trips), it could wake them up. There is no “quiet” mode.

I would fix it by… Either tie the Android Auto volume to the media volume or create a “quiet” mode where you can pre-set the volume. Or even set something up where you have to acknowledge that Android Auto has something to say by tapping a button (maybe “accept” or “dismiss”). Plenty of options out there. 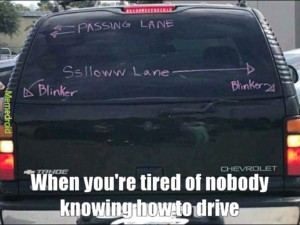 1. It’s not customizable. Not really. — What’s one thing nerds really love about Android phones? How customizable they are. My phone sends and receives texts via Hangouts, using my Google Voice number. On some carriers you can even make a call where that number shows up on other people’s phones. Many of us have nonstandard chat apps, or automation, or… I don’t know, whatever else. Android can do pretty much anything. But Android Auto can’t. This is particularly difficult for me because I can’t initiate a text conversation with someone who I only talk to via SMS in Hangouts because if I say “send a text to Steve Jones” it’ll load the Messaging app, not the Hangouts app, and the wrong number will show up on people’s phones. There are a lot of Android users who just use it as intended, but a reasonable percentage that doesn’t.

I would fix it by… Allow the selection of default apps through the Android Auto interface. You can do this, to an extent, with music and navigation, but I would like to have my default texting app be Hangouts. And I would like to be able to have a conversation in Telegram (right now, notifications just read “Steve Jones has sent a message to the ‘Awesome People Chatting’ group”). New default apps are a great start. 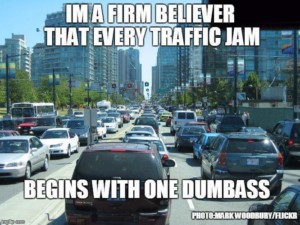 What I really want from Android Auto is a way to read texts and emails. I know the whole point is to try and keep people from being distracted while driving, but given how complex infotainment systems already are, and how many buttons cars already have, how much worse is it to show two or three lines of an email or a text at a time?

To that end, I did a little research into if it’s possible to “root” Android Auto and use your car’s infotainment screen as an external monitor that’s mirrored to what’s on your phone. That would be ideal. Some developers are working on it, but the process isn’t perfect yet. I’m a nerd, but I’m not good enough at it to compile software and install it on an infotainment system. I almost feel like it would be easier to just buy a seven-inch tablet and put it over the infotainment system, and then flip it up or down when I need to use the system itself.

Still, even a not-quite-fully-baked Android Auto is a thousand times better than any car’s infotainment system. I just wish Android Auto did the things I wanted it to do, so that I didn’t have to mount my phone on my dashboard and go back to using it.

At least now I can be productive (or play Two Dots) while stuck in traffic. 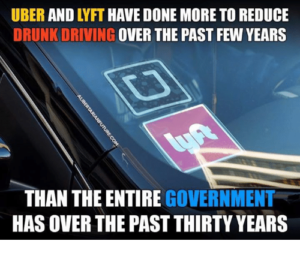 Space travel, steampunk Seattle, superheroes, and more. (But no zombies.) Check out Josh’s collection, The Clockwork Russian and Other Stories, which has been called “intelligent, compelling, and always entertaining” by award-winning author Sean McMullen, and “clever, thought-provoking, and occasionally unsettling in all the best ways” by award-winning author Andy Martello. Get your copy today, and then play it through your Android Auto. I’m sure it’ll work just fine.