SIX OF THE WORST… self-promotion fails

If you follow me on any social media and don’t live under a rock, you know that I wrote a new novelette and released it last month.

Let me pause for a moment while you go to Amazon and consider buying a copy.

One of the biggest problems I have as a small author (someone who doesn’t have an agent, a book deal, or a huge network of fans) is that my sales are terrible. Not that that’s bad in and of itself, but it means that no one is reading my stuff. And that’s despite all the promotion I do.

Here are six of the worst — my worst — self-promotion fails. 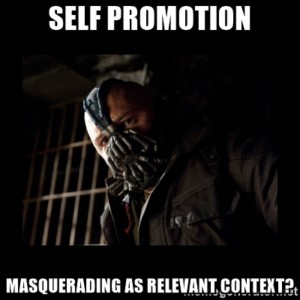 6. Facebook advertising — Last year, I consulted with a social media expert I know and she helped me to set up a campaign for my Christmas story, Secret Santa. I spent $100 for a one-month campaign of Facebook ads with punchy teasers and images from the illustrated copy of the book, and my results weren’t bad. I reached over 2000 people… and two of them clicked through to the Amazon page where they could buy the book. That’s one-tenth of one percent of people who saw the ad. The average CTR in Q1 of 2016 was 0.98 percent, which is 980 times as high as what I got.

Lesson learned: Facebook ads don’t work for my business model because people don’t want to buy my books. They don’t know my name, so they have no reason to take a chance on me. Though, I mean, if you’re spending $1.50 to add guacamole to your burrito, would it kill you to shell out 99 cents for a book? Apparently it would kill a random-ish sampling of 2000 Facebook users. 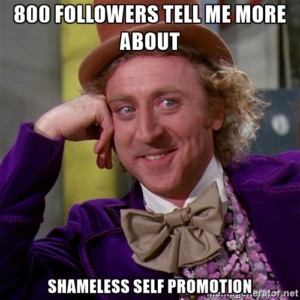 5. Podcast promotion — Depending upon the kindness of strangers did wonders for Blanche DuBois, but not so much in my case. Tony C. Smith of StarShipSofa was kind enough to say a few words about the book I released last year, and his audience was not only the perfect target market for a sci-fi collection but they also had heard of me because I’ve had two stories on the show and have narrated more than a dozen.

Lesson learned: People who listen to podcasts aren’t often in a position to immediately pause the show and buy something, even if the metadata for the show includes links to the things discussed on it. And no matter how many times you mention a name, title, or URL, it’s in one ear and out the other. 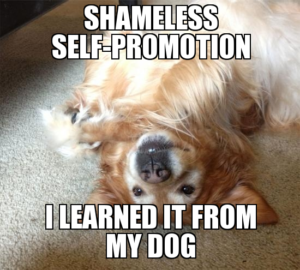 4. Podcast advertising — This year, I took a shot at some paid advertising on one of my favorite podcasts. I know they have many thousands of listeners — they often flirt with the top-five in their category on iTunes — and the two guys who run it are pretty cool. We discussed a rate, I paid them, and I provided them with some ad copy. They ran four spots for me, and in addition to the spots they also spent between 30 and 60 seconds each time talking a little bit about the story I was advertising. After the first airing, I got three sales. That’s an ROI of about -98.2 percent (that’s not a typo; that’s negative 98.2 percent). I don’t blame the hosts of the show in any way; they did what we agreed on and more besides.

Lesson learned: I should’ve known from 2015, but I had to try something. Apparently a community that is heavily invested in the sci-fi fandom can’t be bothered to buy a book that was advertised four times, with its name and URL both mentioned several times in each spot. Unfortunately this was an expensive lesson to learn — my total ROI for this campaign was -99.55 — negative 99.55 — percent. 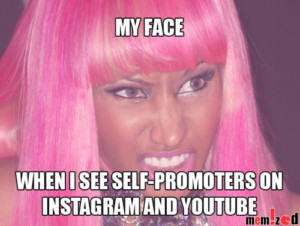 3. Niche communities — I belong to a few niche communities for sci-fi, fantasy, and horror fans, and in each of them there’s a place to post our publications. I have done this every year since 2013, when Secret Santa was first released on Amazon, and not just in a vacuum; I engage with people in these communities. They know who I am, and I feel as though I have gained at least some respect as a person. At least, I don’t think anyone actively hates me. But that netted me all of one sale of The Clockwork Russian last year. Hooray.

Lesson learned: Even in niche communities where people bemoan the fact that the same authors are always on the best-seller lists, they still don’t take chances on new authors. 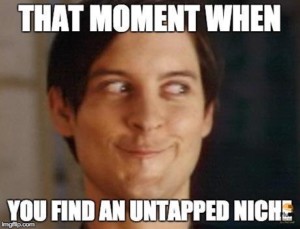 2. Celebrity endorsements — For both The Clockwork Russian and Memories of My Father, I enlisted the help of authors and editors I know to get blurbs on my Amazon page. I mean, if people are at least clicking through to that page, maybe the blurbs will help. I got one of Australia’s best (in my opinion) sci-fi authors, a screenwriter, an entertainer who wrote an award-winning book, a couple of sci-fi publication editors, and three friends who have written novels (one horror, one urban fantasy, and one sci-fi dystopia). I don’t know if it helped, but I’m pretty sure it didn’t hurt.

Lesson learned: This one’s kind of my fault, but I didn’t push everyone to talk about my work to their networks. But I’d already leaned on these people to write blurbs; I felt it would have been an imposition to ask them to do more. I know that successful self-promoters don’t give a damn, but I would rather preserve friendships and network-based relationships than risk losing them over being a nudge-y pain in the ass. 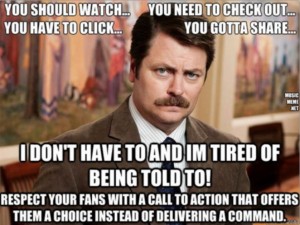 1. Social media — Let me split this into the three main social services that I use:

Instagram: Do you know why everyone says “link in bio”? Because you can’t put clickable links in Instagram posts. I guess that’s a good idea on their part, to help keep it from becoming an advertising wasteland, but it makes it hard to promote anything. Plus, most of the people who follow me on Instagram are either friends of mine or fake profiles. Lesson learned: Unless you’re already famous or you’re willing to spend all your time doing it, promoting something on Instagram doesn’t work.

Twitter: Ah, Twitter. Once upon a time you were a place where an author could post about a new book and it would get retweeted. Nowadays there’s so much chaff on Twitter, and so much advertising, advertorial content, and self-promotion, that it’s only a matter of time (and not a very long time at that) before Twitter itself collapses under the weight of its own expectations. (And, about five years after that happens, news media organizations will finally stop relying on Twitter for all their content.) Lesson learned: Unless you’re already famous or you’re willing to spend all your time doing it, promoting something on Twitter doesn’t work.

Facebook: I have 503 Facebook friends. I’m sure at least some of them have seen my incessant posts about my fiction mixed in with their stream of political nonsense, Lularoe/Advocare/Jamberry “parties”, and cute photos of other people’s pets. Hell, I get plenty of likes and even some shares every time I publish something. But here’s how many copies of Memories of My Father I sold on Amazon from November 20 to November 30: seven*. And three of them were because of podcast ads, not because of Facebook. Now, because I work in the media industry, I know that likes aren’t nearly as useful as comments, because comments are what gets posts bubbled back up to the top of people’s feeds, but at least some of the people who clicked like might also buy a copy, right? Right? Lesson learned: Unless you’re already famous or you’re willing to spend all your time doing it, promoting something on Facebook doesn’t work. 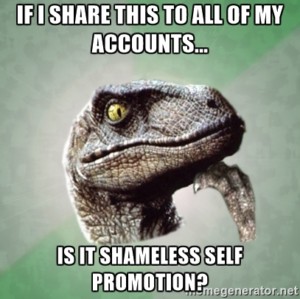 Seven years of having my work published has taught me that there are two ways to get a lot of people to read your stuff:

Because, really, it’s not about the money. Oh, it’d be great if I could quit my job and become a writer, but realistically that’s not going to happen. Not ever. I’ve only ever done this so that people will read what I’ve written. That’s all I want.

Too bad that’s not happening either. 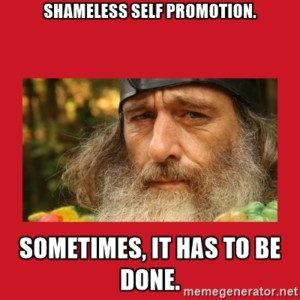 * I also sold one copy of The Clockwork Russian. So, eight sales. Yay.

** Actually, my depression has stolen my creativity from me, and I’ve only written about 5000 words of fiction since July. But in principle I still consider myself a writer.