SIX OF THE WORST… examples of corporatespeak

One of the many blogs I used to run was one that lampooned corporatespeak — the way that companies talk around things using meaningless words and unnecessary phrases. It still happens in most corporate environments, and you probably even use some of it. Here are six of the worst examples I’ve encountered over the years. 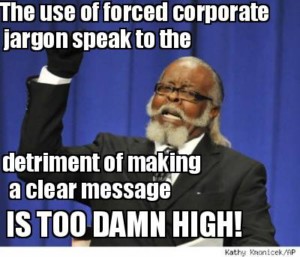 6. “Relatively Easy” — “The task you’re about to do is immensely difficult, so we’ll use this wording to make you think it’s not, and to make you feel like an idiot for asking for any help or support whatsoever.” 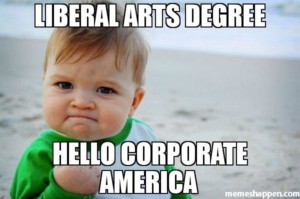 5. “From a ___ Perspective” — “From the perspective of someone who doesn’t actually have to do any work or use this product, here’s what I think about your work, the way you do it, and how I think it should be done.”

Actual definition: When you say you’re viewing something from a different perspective, that should mean you’re adding positive input by looking at a problem or concern in a different way. It should not mean that you’re taking your completely-uninformed opinion on a topic with which you have no experience and applying it to the problem at hand. Of course, that’s what being on the internet is all about. 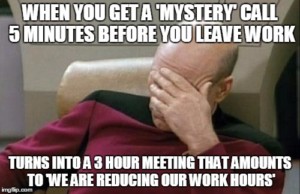 4. “Go From There” — “We’ve figured out that you’re not going to help us in any way on this project or issue, so we’re just going to end the discussion by saying something that sounds like we’ll handle it on our own and stop making you look like an idiot.”

Actual definition: I don’t think “go from there” has an actual definition other than “we will start doing Thing X from Point Y.” But you hear this one a lot in corporate environments, especially when you have large, disparate, or cross-platform groups who all think they know better than everyone else. At some point you just want the people who don’t know what they’re doing to shut up and move on, so you say “let’s just start with X and go from there” so you can end the meeting that much sooner. 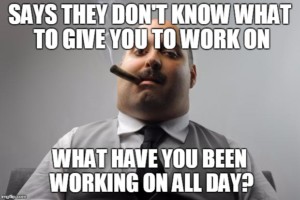 3. “Going Forward” — “Nothing’s going to change, but this will give you hope even though you know better.”

Actual definition: I confess that I use this one a lot, usually when trying to get people to change their behavior. I tell them “in the future” or “going forward” they should do X, and then solve their problems (if that’s part of my job) or forward said problems to people who can solve them. But whenever someone says to me “going forward, we’re going to do Thing X,” I know that means we’re actually not. We’re just going to say that, in hopes that you think there’ll be a change and you’ll delude yourself into making it happen somehow. 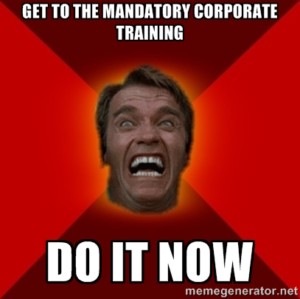 2. “Temperature Check” — “Let me, your boss, check in and tell you all the things you’re doing wrong — or possibly right, but if you were doing everything right, I wouldn’t need to check in on you.”

Actual definition: A literal temperature check tells you how hot or cold something is, and I guess that makes sense because you as a boss might want to know how your employees are doing in terms of staying on track or getting off it. But I’ve heard this phrase more and more lately, and all I can think of is someone going up to a project and sticking a thermometer in its mouth*, and then looking at it and telling the people working on it just how much they’ve gotten wrong lately. 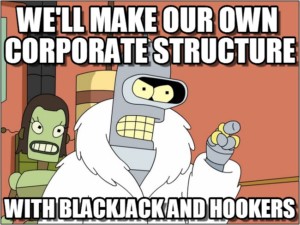 1. “Shouldn’t Be” — “This is how it’s going to be for ever and ever. Stop trying to change it or complain about it.”

Actual definition: Saying something “shouldn’t be” means that either it should not exist, or it should not be happening the way it’s happening. But in the corporate world, saying something shouldn’t be a certain way is a sure-fire hallmark of the fact that it’s never going to change, and you can complain all you want about it or try to improve it. Your improvements will be for naught, and you’ll just hate yourself afterward for even attempting to draw attention to a problem or come up with a solution.

While I’m aware that e-mail communications are all on the record, it amuses me sometimes just how polite we are in them. I mean, let’s say that I need Item X for Project Y. I ask politely for Item X from Person A, and Person A says “sure, I’ll get that to you tomorrow.” But Person A doesn’t, so you e-mail person A very politely a couple of times before asking Person B from your team to intercede. So Person B then sends Person A a bunch of polite e-mails before escalating, and the cycle continues spiraling upward until someone finally says “Person A, if you don’t do Item X, then Project Y will miss its deadline and we’ll be out a bunch of money.”

It’s like trying to grab a hysterical person’s attention. You can be nice and kind and nurturing, but sometimes the hysterical person needs a shock to the system to snap out of it. This happens in the corporate world too, and the sooner that happens, the sooner deliverables get delivered.

With, hopefully, a minimum of additional corporatespeak. 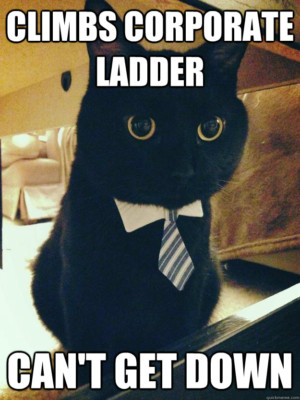 * Or sometimes its butt.