It’s generally accepted that the even-numbered Star Trek films are the best of the bunch. But as we approach Star Trek 13*, I’ve been staring at my two-disc DVD versions of each of the first ten films sitting on my bookshelf and wondering just how they’re going to rip one (or more) of them off.

Each film is pretty good, but there are flaws, some of them big enough for the guy from CinemaSins to drive a Mack Truck through. I’ve made a list for you: six of the worst even-numbered Star Trek films. Here goes. 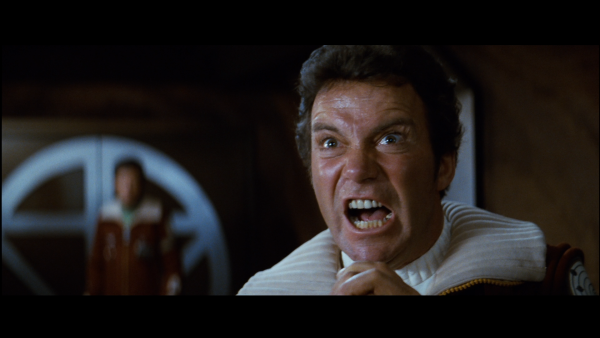 6. The Wrath of Khan — Universally lauded as the “best” Trek film, if not the most accessible, this one took the bright-yet-muted tones and powerful blues of the first movie and orange-shifted them. Everything became more militaristic, more serious, and then, toward the end, more tragic. Plus, it brought back Khan, one of the most compelling villains of the original run.

So what’s wrong? Star Trek‘s classic battle sequences work great on screen because everything is on more or less the same horizontal plane. Sometimes ships will be slightly above or slightly below. I can’t believe it took more than 100 years (the Federation was founded in 2161 and this film takes place in the mid-to-late 2200s) for someone to discover that moving along the z-axis can be a valid battle tactic. Nicholas Meyer (the director) did an excellent job with the film as a whole, but it’s basically a naval warfare movie.

5. First Contact — This one is considered to be the best of the TNG era, containing two of TNG’s most popular themes: time travel and the Borg. Rife with action and humor, and featuring three great guest stars as well as the return of Worf to the Enterprise — and a spiffy new ship to boot — this film was great.

So what’s wrong? The Borg were a menacing, unstoppable force on the show**, and part of the reason for that was that they were a true hive mind with no one leader. Even when they chose Locutus as their “speaker”, he didn’t run things. He just added his knowledge to theirs. But by giving the Borg a queen, they became vulnerable and defeat-able. It turned them from a distributed system like Skynet into a true beehive metaphor, and it also forced some clunky retconning of Picard’s time with the Borg up at the start of the film. Also, a nit-pick: the amount of time Data gave since his last sexual encounter doesn’t match up to the date of “The Naked Now” — unless he had sex at some point in the second or third season. Which I suppose is possible, although if we’re counting when he was dating Lt. D’Sora, that was the fourth season and the time doesn’t match up there either. 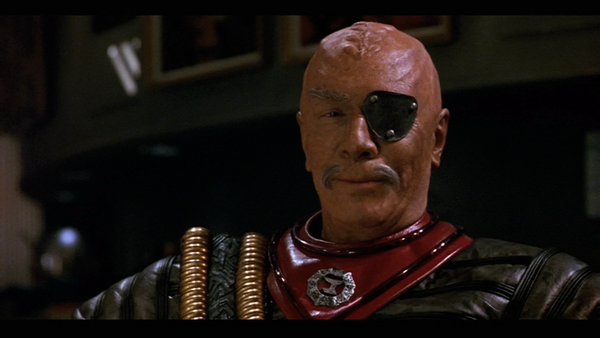 4. The Undiscovered Country — Personally, this is my favorite of the films because of all the stuff that happens on the ships, and because Nicholas Meyer returned to the helm of the production. I loved the battle sequences; I loved the political intrigue; I loved the way the Enterprise once again looked like a realistic, militaristic ship. I also liked the glimpses of the Excelsior and the attempt to bridge TOS to TNG via the Klingons.

So what’s wrong? The whole Rura Penthe sequence. I remember seeing location shooting going on when I watched Entertainment Tonight and I kept wondering why. This is a show about being in space; why do we need to be taking the crew to frozen tundras? That part is where the movie starts to drag, even though it’s not strictly a bad set of scenes. Also, the use of books for the Klingon language (why not look up the words on the computer and read off a screen?), the pink Klingon blood (used to avoid an R rating, but still), and some of the jokes (“not all beings keep their genitals in the same place”).

3. The Voyage Home — Again, one of the greats, and made to be the most accessible of the Trek films. The crew goes back in time to 1987 San Francisco to save some whales and bring them back to the future*** to save Earth. Oh, and they have to do it in a subpar Klingon ship.

So what’s wrong? No Enterprise (until the end), for starters. Too much humor (seriously, this one was touted as the “funny one”). But even though the humor is often amusing, the jokes cease to be funny the more one watches. I mean, how many times can the “LDS”, the nerve pinch on the bus, “exact change”, and “here… in the park…” be funny? At least there’s still “double dumb-ass on you” and “nuclear wessels”. Oh, and on that note — a pill to replace someone’s kidney? Even in the future, that won’t be a thing. 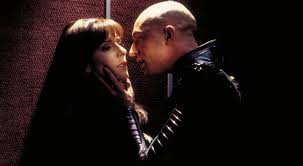 2. Nemesis — Captain Picard and company are sent to the Romulan homeworld to negotiate with their new ruler, who happens to be a clone of the Captain. But it’s really just a plot to kill Picard and destroy the Federation.

So what’s wrong? It’s a re-tread of 2 and 3 combined, for starters, right down to the two-dimensional space battle in an area where signals and sensors don’t work perfectly. Shinzon’s plot is overly complicated (use an early version of Data to get Picard’s attention). Shinzon vs Picard is like Kruge vs Kirk without “I… have had… enough of you!” The whole sexual assault scene which was used just to raise tension. And, on the back end, people familiar with the production said that director Stuart Baird wasn’t knowledgeable enough with the material to do it justice. I didn’t hate it, but I acknowledge it had flaws.

So what’s wrong? First of all, I’m not going to ding this film for failing the Bechdel test because, other than Insurrection, none of the Trek films pass it. But Alice Eve in her underwear is gratuitous, Uhura and Spock’s relationship troubles are too easily smoothed over, Khan is whitened (and his plot seems unnecessarily complex), reboot-TOS technology is ridiculous (beaming someone from Earth to Kronos), and the battle at the end is reminiscent more of Nemesis than Khan (the Reliant was an underdog and Khan used his intellect to gain an advantage over the more powerful Enterprise). Parts of the end were lifted directly from Khan, Spock running after Khan looked silly (because of Spock’s wig), and the bigger part of the story (Starfleet manufacturing a war with the Klingons to justify themselves) was minimized because it would’ve been too intellectual for the audience, who apparently just wanted to see stuff blow up. Oh, and hiding the Enterprise underwater was stupid. 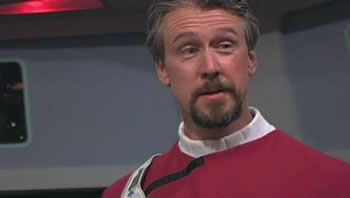 If you’re looking for a well-made, fun Star Trek fan film to whet your appetite, why not check out a directorial effort by Tim Russ (Tuvok on Voyager), Of Gods and Men? It’s a mirror universe tale with a ton of familiar faces from the shows and movies and a cohesive plot that in many ways puts Into Darkness to shame. It’s 90 minutes of your life that will be well-spent; take a long lunch and enjoy it today.

** At least until Janeway came along.