Matt Jefferies should be a household name to Star Trek fans. As art director of the Original Series, he’s the one who came up with the general look of the USS Enterprise — and that iconic look has persisted through all the shows in one way or another.

But, realistically speaking (and yes I know I’m talking about a made-up spaceship), the Enterprise has some pretty egregious design flaws — flaws which have propagated themselves not only across the Star Trek universe but other sci-fi franchises as well. Here’s six of the worst of them. 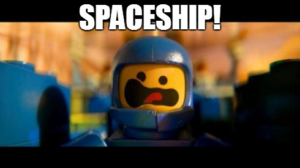 6. Let’s put the nerve center on top of the ship! — This one has some basis in reality, because if you look at naval vessels you’ll find that the bridge — where the command decisions take place — is on top, in relatively plain view. But this is the present, and we don’t have the kind of sensors they have on Star Trek. So why put the bridge in such a vulnerable location? Or, worse, put a window in the ceiling as they did with The Next Generation? The most important people on the ship tend to be on the bridge, and it has by far the least protection of almost any area on the ship. The Enterprise even has an auxiliary bridge deep in the saucer section; why not use that all the time?

Also seen in: Star Wars. Specifically, the Millennium Falcon… which is a cool-looking ship, except that the cockpit is bolted onto the side, which makes it less aerodynamic when traveling through atmosphere and less safe in a space battle. At least if they’d put the cockpit between those two fork things on the front it would’ve been somewhat protected. 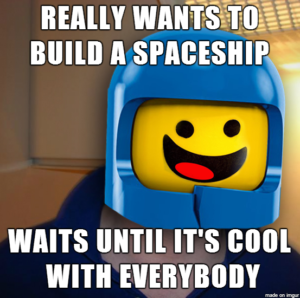 5. The engines are on flimsy pylons. — Thankfully this was corrected in future iterations of Star Trek, but the original Enterprise has its engines on long struts that are perfect shear points, both where they meet the secondary hull and where they meet the nacelles themselves. Look, I get it: I’m a nerd who has read a lot about starship design and I understand the reason it makes sense to put the engines away from the ship like that… but it also makes them tempting targets because it’s pretty obvious what they are and what they do.

Also seen in: Firefly. The Firefly-class starship has its engines on wings that stick out from the sides of the ship. Now, to be fair, it also has the main engine which is part of the main hull, but the Firefly is meant to travel through atmosphere and those engines are not in a super-protected location. Plus, they have to swivel and pivot, and building something that allows that sort of movement usually makes it harder for something to hold together — as I learned when playing with Legos and Erector sets. 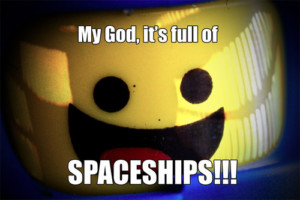 4. Exactly which rooms have windows? — Speaking specifically about 1701 and 1701-A, all those little lights outside the ship are supposed to be windows, right? This is made much clearer in future iterations of the show, but if you think about it, there are very few areas on those first two Enterprises* with visible windows. Not in the crew quarters, not in sickbay, not in the rec room of the original ship, not in the wardroom, not in Engineering… so where are they?

Also seen in: Spaceballs. Don’t laugh. Okay, laugh because it’s a hilarious movie, but with the exception of the bridge, did you see any windows in any of the internal rooms of the ship? I’d think Dark Helmet at least would have had a window, given that he was in charge of everything. 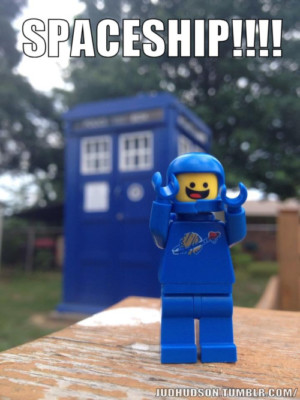 3. No seatbelts. — I get it. I do. If you have seatbelts, you can’t show people being dramatically thrown across the room. But from a safety and usage standpoint, why would anyone design a ship without restraints of some sort? Even in auxiliary control or on the battle bridge, even on the Defiant — which is a warship — there are no seatbelts anywhere until the end of Nemesis. (Okay, there are some in the reboot universe too.) And even then you have to activate them. Look, I’m sorry, if I’m going to be driving a spaceship when it gets into a fight, I’m going to want to make sure I can’t be thrown from my seat when the inertial dampeners fail.

Also seen in: Star Wars again. There are restraint systems on the Millennium Falcon, and in the cockpits of the fighters, but I didn’t see a single seatbelt on the bridge of any Star Destroyer or in the Death Star command center. (And, getting back to Star Trek for a second, don’t get me started on the Jem’Hadar ships, which don’t even have chairs.) 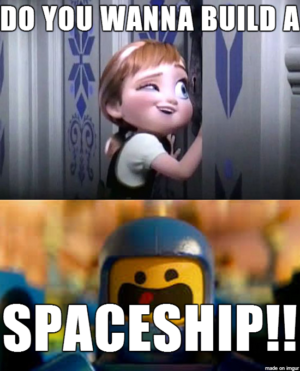 2. No escape route. — Thankfully this was addressed with the Enterprise’s refit prior to The Motion Picture, but before that there were a lot of rooms on the ship — including the bridge — that only had one exit. With the bridge being the most important room on the ship, what happens if the turbolift doors jam? What happens if there’s an emergency and someone needs to get up there, but the one entryway is being used by a lift carrying someone to or from the bathroom? And then there’s the original rec room and briefing room, both of which are host to fairly large groups from time to time but still only have one entrance and exit. At least Engineering and Sickbay had multiple doors.

Also seen in: Passenger airplanes. I’ve spent a fair amount of time on Seatguru.com, and I don’t think I’ve ever seen a jet with more than one entrance to the cockpit. I mean, I’m sure there’s an escape hatch in the floor or something, just in case, and having only one door does increase security, but it just seems unsafe. 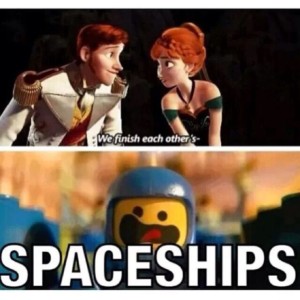 1. You can’t land it. You can only crash it. — One of the main “selling points” of the Enterprise was that it was built in space** and was never intended to land. I can appreciate that type of design aesthetic. But the problem is that at some point all things in the air or space may have to face a landing situation, and you’d really like the ship not to destroy itself when it hits. I just don’t see how the Enterprise could land safely, given its shape. The saucer section can separate, sure (even the original could do this, though they never showed it), but what about the rest? Oh, and don’t get me started on Voyager’s landing struts; given the length of the saucer, that ship is so unbalanced that it should fall on its face without a strut coming out of the nose (which one does not).

Also seen in: Look at the weird shapes of some of the capital ships — especially the various Mon Calamari cruisers — it’s impossible to see how one of those might somehow land safely. Just look at some of these ships! And on Firefly, look at these redonkulous Alliance ships; I can’t even begin to think about who thought those were a good idea. 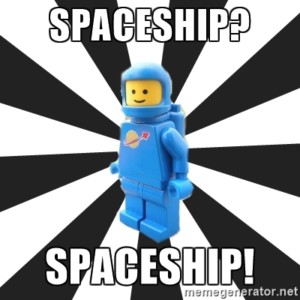 I spent a good hour perusing the internet as I wrote this column, trying to figure out the best example of a starship that doesn’t have the problems I outlined above. I thought about maybe the Heart of Gold from The Hitchhiker’s Guide to the Galaxy (the book, not the movie), but it doesn’t have seatbelts and the bridge is on top. I thought about maybe the Nadesico from Martian Successor Nadesico, but it has pylons, even though they’re relatively protected by the ship’s main pieces. I even tried to justify a Cardassian cruiser, but I’ve never seen a seatbelt or a window on any of the internal shots.

And then I think about the ships I’ve designed over the years for various stories, and I realize that I’ve made all the same mistakes. I always put the bridge at the front or on top, and there are always windows in it. I often put the engines on pylons or wings. I design ships that look cool, not ships that are functional.

I guess it’s going to be a problem with the genre for a while longer. 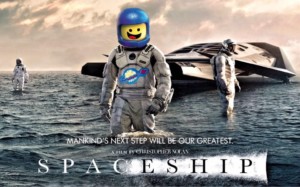