It’s impossible not to think about the elections, especially if you expose yourself to any form of media — social or otherwise. The United States is being pulled in two extreme directions, each with its pros and cons.

I’m not going to talk about that.

Instead, I want to talk about six of the worst ways that elections screw nerds. 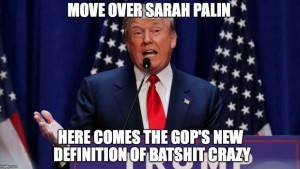 6. They’re inescapable. — Obviously for this one I’m talking about the presidential election. Nerds consume a ton of media and information on a daily basis via our usual aggregate sources — Facebook, Twitter, RSS feeds, apps, and whatever else there is. We want to be informed and educated. Unfortunately, most of what we read is about how horrible the Republican candidates are or how lazy the younger voters are. I keep a twitter stream running on the far right of my monitor at work, and it’s literally impossible these days to look over and not see at least one tweet about the upcoming presidential election. It wastes our time and burns us out, and by the time we have to vote we just wish it was over. 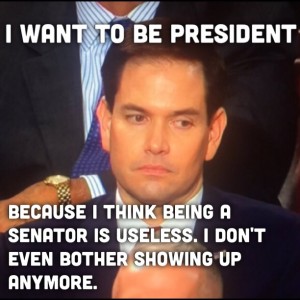 5. They cater to what old people care about. — Hopefully we’re about to have a sea change on this, what with the confluence of factors affecting the younger voting public, but in the past elections have been about only what old people care about. Why? Because they’re the ones who vote. Retirees control the government* because they have the time and inclination to make sure they go out and vote. For them it’s a social thing as well as a civic duty — remember, when they were younger, they understood that voting is both a right and a responsibility. The younger generation now doesn’t care as much. If they could vote on Facebook, they would, but until then it’s all about the old people who don’t have to take time off work to go to the polls. Anything that benefits the young gets voted down because the politicians and lawmakers write the bills and laws for the maximum amount of fearmongering and confusion. Old people don’t care about net neutrality, and they certainly don’t want to pay more taxes on their fixed income to better education or transportation. They’ve done their time and paid their dues — at least, that’s how the average old voter feels. 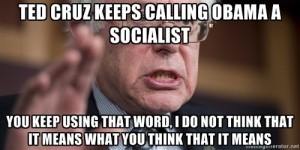 4. What we do care about is too complicated or controversial. — What are the top issues facing the average nerd? Net neutrality and marijuana use, probably. Lowering taxes, sure, but we all want that no matter our level of nerdiness. Net neutrality is too complicated for the layperson to understand, and the concept itself doesn’t matter to people who aren’t invested in it. Marijuana, meanwhile, is a drug, and drugs are BAD AND EVIL AND BAD AND EVIL — except for alcohol, nicotine, and expensive pharmaceuticals. And even when we care about mainstream issues like healthcare, the old people control that voting bloc, not us. 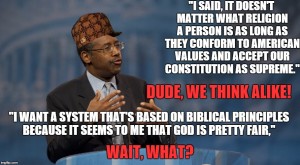 3. Politicians are out of touch. — This tweet from Hillary Clinton says it all. And it’s not all about age; it’s about caring about stuff, about passion. Bill Clinton tried to get in touch by playing the saxophone — see, he’s a musician, just like some voters! And during his time in office, President Obama has become an engaging political figure who seems cool**. But on the whole, even when parties try to engage younger and smarter voters, they fail miserably — or, more often, don’t even try. And when they do try, they often fail, just like Hillary’s campaign did with that tweet.

2. Nerds don’t run for office. — Who are the current nerd icons? Neil DeGrasse Tyson, Elon Musk, and maybe Steve Jobs when he was still alive. None of them are going to run for office; they’re too smart, and too busy actually affecting the lives of other people with their intelligence, research, and inventions. At the local and state level, you might get an occasional nerd, but campaigning costs so much money that nerds look at the outlay and decide it’s not worth it, not when we can buy an awesome new piece of technology or retrofit our homes to run on solar energy. We also don’t have the time; we don’t make enough money to just not bother working for three months while we campaign for city council or state senate, not when we have to take PTO days to do it. Even if we were to save up for a political run, by the time we had the money we wouldn’t care anymore. Money and time keep us out, and political dynasties in. 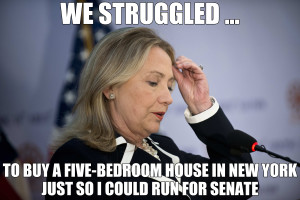 1. Change takes too long. — Nerds are used to getting things done quickly and efficiently. Got a problem with a process at work? Write a program to automate it! Traffic a mess? Change your work hours or start telecommuting! Don’t have time to cook every night? Learn how to make crock-pot recipes! We’re smart, and we have no patience for the obstructionism and backroom dealing that is politics in America***. We recognize that things sometimes take time, but let’s think about President Obama’s major accomplishments in eight years:

Yes, he’s done a lot of other stuff, but the average layperson only knows about these. I probably couldn’t have named more than this without doing research (which I did). That’s in almost eight years. Compare that to your average nerdy software developer, who ships products and updates multiple times yearly; or author J.D. Robb (Nora Roberts’s sci-fi alias), who puts out four books a year; or designers who have to constantly produce content lest they lose their jobs. In my professional career alone, from 2009-2015, I have:

Now, I’m not the president. I know things are different there. But I am your average nerd. I get a lot done, and I have no patience for stuff getting in my way. I can’t wait around for the government to get things done, and by the time they do pass legislation on net neutrality, or corporate responsibility, or student loan forgiveness, I’ve already moved onto the next issue. And odds are I did that before the government even formed an exploratory committee to determine if they should bother forming a committee to plan to form a committee to draft legislation that will — you guessed it — get bogged down in committee and eventually killed. 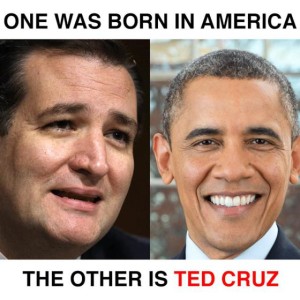 What are my top six issues that I want our next president to address?

Depending on who wins, I might get two of these. Maybe three. But I’m not hopeful. I’ll just go on with my nerdy life, and whoever our next president is can go on with his or hers. You leave me alone, and I’ll leave you alone. 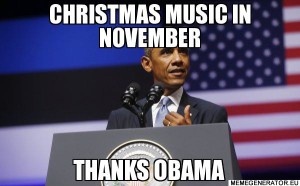 * At least, the parts not controlled by Goldman Sachs and the Koch Brothers.

*** House of Cards is accurate, right? Because that’s totally what I’m basing this statement on.

**** I know it’s really called PPACA, but even its supporters call it Obamacare these days.