A couple of weeks ago, I finally finished watching seaQuest DSV. I don’t even remember why I started it, come to think of it; probably some failed attempt at recapturing nostalgia.

Also this year, I’ve finished House of Cards (all three seasons), Orange is the New Black season three, and Daredevil season one. I’m still in the middle of a rewatch of Star Trek: the Next Generation and The IT Crowd, and a first-watch of Kimmy Schmidt and Sense8.

The point I’m making is: there’s a lot of TV serieses on Netflix to finish watching. Here are six of the worst things about being done with one. 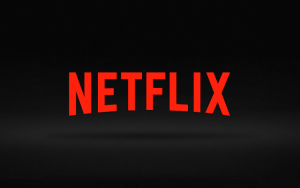 6. There’s no more. — This is pretty obvious, but once you finish watching a show, that’s it. There’s no more. Unless there’s a movie, but it’s rare (or, at least, it used to be rare) that TV shows become film serieses. Star Trek and Firefly are exceptions to the rule. It’s not like there’s ever going to be a seaQuest movie, or any more Farscape movies, or a Buffy movie that picks up where the series left off. When there’s an older show on Netflix and you finish watching it, you’re done (unless you want to delve into fanfic or alternate forms of media). I’m never going to see Captain Picard in a new adventure unless I read the tie-ins; I’m never going to see what Buffy does next unless I read the comics. I happen to have done both of those things… but it’s not the same. And it never will be. 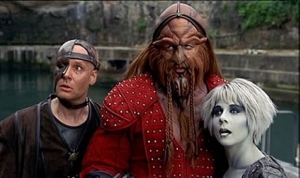 5. The waiting is the hardest part. — Netflix has this thing about dumping a whole season of a show on you in one go. On the one hand, it allows you to watch the show at your own pace, as I did with Daredevil (which I took about three total weeks to get through). On the other hand, there are those who watch an entire run of Orange on the day it comes out. Point is, at least with a regular-run TV series, such as iZombie, you get 13 or so episodes spread out across a three-to-four-month period, and then you only have to wait eight-to-nine months for more. That amount of time isn’t nearly as bad as having to wait a full year. Also, at least in the past few years, Netflix has been great about not leaking details about what’s happening on their shows (such as the big death that opened the second season of Cards). As Netflix shows become more popular, though, there are going to be more details available — who’s in it, plot points, leaks, etc — and that will help assuage us just a little. 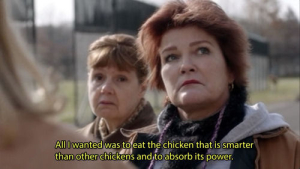 4. It’s just a TV show. — For years I’ve been giving my parents various seasons of TV shows as gifts. Babylon 5, Beauty and the Beast, whatever. I’ve kept my own series-buying on a shorter leash, mostly because TV seasons on DVD aren’t cheap. And I’ve had Netflix for a few years besides. Thing is, on Netflix, you just get the TV show. You can watch Star Trek, but you don’t get interviews with the showrunners and cast. You can watch Firefly but you don’t get director’s commentary. It’s just a TV show, and that’s that. But that said, DVDs can have some pretty neat special features; my favorite is on the Star Trek movies — there’s a text commentary track with technical details and cool facts, kind of like Pop-Up Video. Maybe someday Netflix will start including these items — maybe on a premium tier — but as for now there’s nothing but episodes. That’s okay, given what we’re paying to use the service, but more content is always better. I mean, for a $10 copy of the Kingsman Blu-Ray, I got (according to the box) six hours of additional content — and that’s on a two-hour movie. Imagine what Netflix could do. 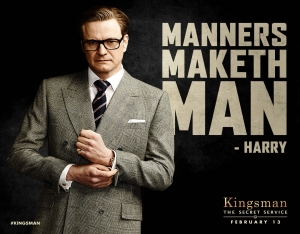 3. What am I watching again? — The further I got into the awful second season of seaQuest, the more I wondered what the hell I was watching. And why, for that matter. Yes, the third season was a vast improvement over the second, but getting there was pretty rough. Still, I kept watching, because it was convenient. If I had 45 minutes to kill, I could throw on an episode and play around on my computer at the same time. And that, I think, is where Netflix gets you. They know that, with all these old TV shows, people aren’t always paying 100 percent attention to them. They leave them on in the background, or skim through episodes in hopes that something cool will happen, or they try to recapture lost nostalgia. And then they keep watching, because the habit has been formed. Instead of doing dishes or reading a book, it’s easier just to watch an episode of an old show. Or maybe two. Or, if you have an afternoon off, maybe four or five. Until you start to wonder why you’re bothering to watch the show in the first place. And then it ends, and you start all over again with a new series. I mean, The X-Files isn’t going to watch itself. 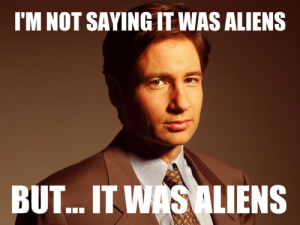 2. It’s in your algorithm. — Netflix’s algorithm is downright amazing. It’s data science at its best, and often it finds things that you didn’t know you wanted to watch (like The Brass Teapot, a found-object fantasy that was far better than I expected). If you watch 100 episodes of a show, the algorithm thinks you liked it, and you’re going to get more shows like it to watch. No matter how tangential they are to the actual program. I mean, just see what happens to your recommendations when you make it through Blue is the Warmest Color. Point is, Netflix is going to keep showing you shows that it thinks you might like, and it’s probably right. You’ve probably been thinking about these shows for a while, and, hell, you’re already paying eight bucks a month. Why not try another one?

1. The cost-benefit analysis isn’t in your favor. — seaQuest ran for 59 episodes at 45 minutes per. Cutting out the credits and the educational bits at the end, that’s about 40 minutes apiece. 40 x 59 = 39.3 hours, or literally an entire week of work that I spent watching that show. Now, I’m a writer. I can crank out about 2000 words per hour if I go nonstop, although my pace is usually closer to 1500. That’s almost 60,000 words I could have written instead of plunking my ass on the couch and watching Netflix. Even if I had been writing fan fiction instead of original works, that’s still a lot of writing I could have been doing. Or cleaning. Or organizing. Or exercising. Or cooking. Or walking in the park. Now, I’m not saying that watching all Netflix shows is a complete waste of time, but I didn’t really gain anything from watching seaQuest. Nor am I gaining anything from re-watching Star Trek or The IT Crowd. It’s just an easy way to spend time. Netflix has cracked the code, and kudos to them for doing it, but when you look back on how much time you spent watching a show you don’t really care about, it hurts a little. 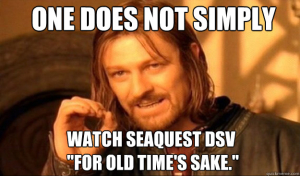 Six things that I’d pay Netflix a “premium” fee to have: