Julia Nunes has a song, “Nothing’s That Great”, about how all the things you thought you loved when you were younger aren’t as great as you thought they were. Here’s a lyric:

Have you ever gone back
To the things you used to love?
Old shoes, old friends, old bands, old trends,
It hurts when you discover that
Nothing’s that great,
You had bad taste
It’s much too late
To get back the time you wasted

It was fun for a while. Here are six of the best things I’ve revisited lately that just weren’t that great. 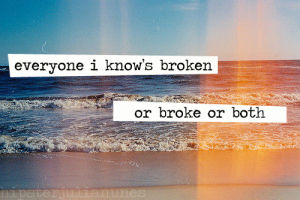 Another catchy lyric from the song.

6. SimCity 2000 — A few weeks ago, I stumbled across a SimCity 2000 playthrough on YouTube, and ran it in the background while I was working. It brought back nostalgic feelings about playing the original game in the computer lab in middle school, buying it in high school and playing the hell out of it, and then upgrading to SimCity 3000 in college. 3000 was by far my favorite, although it was almost too complex. 2000 was just the right level of challenge and complexity… and it had the FUND bug, so that you didn’t have to worry about money. So I downloaded a copy of 2000 from an abandonware site somewhere, got it to work on my Mac using Boxer (a DOSBOX-style emulator), and started it up.

It was fun for a while, but… …after a couple of hours, I had gone through 36 years and it was mostly “build roads, build power lines, build pipes, zone stuff, repeat, and don’t forget about rails, buses, subways, water pumps, and power plants, and now there are highways that you forgot to plan for, too.” I got tired of the game by the end of my first day playing it. My daughter was pretty interested, though (she’s a Minecraft person), so I’ll probably play it some more while she’s around. 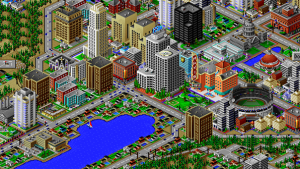 5. The NES — I was so upset as a kid that my friends had Nintendos and I just had an Atari. Nothing against the Atari — it was a great system — but the Nintendo was the new hotness. Finally my parents got me one — along with the gun and the power pad — and I was hooked. I played all the time, and had tons of fun, all the way through the end of high school. Over the years, I’ve continued to play on emulators and via the Wii Store, but gave it up until Groupon had a deal on the Retron NES system. I snatched it up, bought about 20 games off eBay, hooked it up, and played it.

It was fun for a while, but… …I’m just not that much of a gamer anymore, and the games I used to love to play, I’ve already beaten. The tough spots are still just as tough (and annoying), and all the graphics and sounds are exactly what I remember. Nostalgia only goes so far, and I can get more enjoyment out of watching a speedrun or playthrough on YouTube than actually playing the games myself.

4. Bands from 10-20 years ago — I recently dug out my old archive hard drive and grabbed some music that I hadn’t heard in a while. In the late 90s and early 2000s, I obtained MP3s of bands that I thought had cool names. Some of them were good; some weren’t. The ones that were good got burned onto CDs that I could listen to in my car, and to this day I still remember the lyrics. It was pretty easy to move the music over to my phone so I could listen to it in the car.

It was fun for a while, but… …let’s be honest here: there’s a reason some of these bands never made a huge splash. I used to really like the Mr. T Experience, but I can’t listen to them anymore. I tried. Really, I tried. It just wasn’t happening. The same with most of Milla Jovovich’s one album* and Moonpools and Caterpillars (who had a song on the IBM Aptiva sizzle reel that ran through most of 1996 on their computer displays). I finally got tired of skipping the songs and just deleted them off my phone. 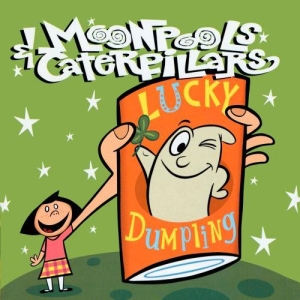 3. Owning DVDs — I got my first DVD player in 1999. It cost $250, the remote was massive, and it had a sweet jog/shuttle wheel. I immediately began buying DVDs of my favorite movies, and every time I went to Blockbuster or Babbage’s** I picked through the used DVD bin to find stuff to add to my collection. Eventually my collection grew to more than 200 discs, and it moved with me through eight locations to where I am now.

It was fun for a while, but… …DVDs take up space, and it’s not super-convenient to get up off the couch, put them in the player, go back to the couch, find the DVD remote, watch the movie, and then do that all in reverse to put it away. After my apartment was flooded recently, the bookcase that held all our DVDs had to be trashed and I used that as an impetus to list for sale several dozen DVDs, including a few anime serieses that I spent as much as $100 on but haven’t watched this decade (and one, Now and Then, Here and There, that was gorgeous and well-done but is too painful for me to watch anymore). Most everything I want to watch is available digitally now, and if it’s not, then it’s not worth my time to bother with a DVD. I have about a dozen Blu-Rays, and a player, but even then I barely watch them. 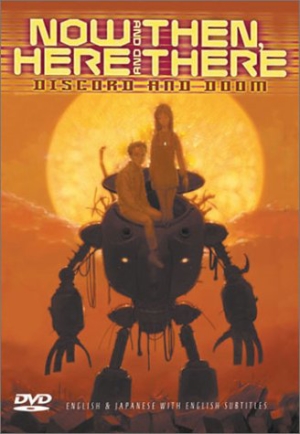 2. Blogging — I’ve been a blogger of some sort since 1995, and I’ve used several platforms — Diaryland, Livejournal, Movable Type, WordPress. I’ve had my work syndicated on the Wizbang and OTB networks, and I even had a blog that got more than 2500 visitors per day (on average) for a year or so. I had to stop blogging as a condition of taking a media job in 2006, but I snuck back into it and even today I still technically blog via my primary Tumblr.

It was fun for a while, but… …I’ve basically stopped. Why write long, insightful posts when an image or comic says everything I need to say? I somehow missed the boat when it came to blogging: I was never good enough, or interesting enough, or popular enough to get my work on any of the really big sites, and one of the most well-trafficked ones seemed to have a personal vendetta against me because even when I wrote a post that blew up (even a little) they never linked to me or even mentioned me — even though I know the topic was something they were covering***. None of my single-serving blogs were ever approached as a possible book (like Dogshaming or Shit My Dad Says), and at this point I don’t have the energy to put out new content every day that doesn’t somehow aggrandize my writing projects. 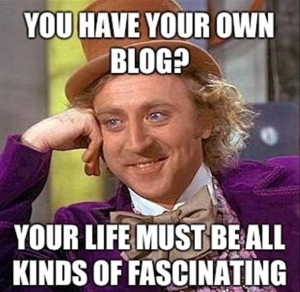 1. Audio — At some point in 2005, I heard about podcasts and decided they would be a great way to bring people to my blog. As a former radio producer, I knew how to make things sound good, and I had professional-grade equipment. I ran a daily podcast for a while, which became tri-weekly, and then bi-weekly, and then podfaded. I later guest-hosted another podcast, produced some fiction podcasts, narrated for some others, and put together an album for a friend of a friend. To this day I still occasionally am approached to narrate a story, and it can be an enjoyable way to spend a couple of hours.

It was fun for a while, but… …audio is a lot of work. I mean, a lot. I used to do my podcast by writing blog posts while at my day job, then coming home and recording for an hour, and then editing afterward or the next morning. Fiction podcast production requires a lot of hurry-up-and-wait for retakes, and full-cast audio is a multi-track mess and a half (though it’s extremely rewarding when the entire piece comes together). Even doing solo narrations can be tiring: it takes an hour or so to record a story, and then two or three more to make sure you get all the flubs out. Plus, the equipment takes up a lot of space — a computer, a monitor, a sound board, and a microphone on a stand. That’s prime desk real estate for piling stuff on top of. Which I have done, now that I’ve moved****. It’s not that hard to shovel all the stuff out of the way, but why bother? When I see a call for narrations these days, I usually look at it and I’m like “eh”. (Of course, if I’m specifically asked to record something, then I’ll do it, but I skip over open calls because of my own laziness.) 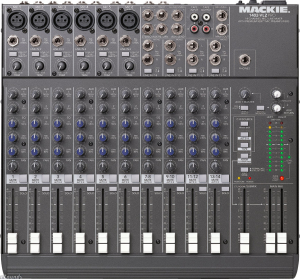 This is exactly the board I have, except mine was made by Boehringer and cost half the price of a Mackie.

I wonder if all this “nothing’s that great” is leading up to a midlife crisis of some sort. I found an article showing ten things that might indicate a midlife crisis, and I don’t think I fall into most of those:

Maybe I’m having a new kind of midlife crisis. Maybe I’m depressed. Or maybe, as the song goes, the real reason is: nothing’s that great. 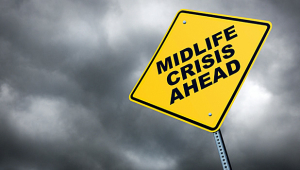 * I originally heard “The Gentleman Who Fell” in 1995. It was on the music rotation in the Winn-Dixie where I worked. I used the nascent internet to figure out who sang it, and then went to Peaches and bought the cassette. I think the music was a little out of my genre appreciation range, although there are still three or four songs that I remember liking enough to put on a mixtape (kids, ask your parents).

** You know it now as Gamestop.

**** I love my current apartment, but my last one had a really awesome feature: three closets in the master bedroom. One of them had my clothes, one of them was for storage, and the third was a small studio. I wish I had a picture, but none of them came out right. Still, the only thing in there was my audio equipment and a few items on the top shelf that I couldn’t find any other place for.