I have a book coming out on Monday.

No, this column is not just a way for me to push my book on you. I mean, if you’d like to read it, then by all means, read it, but I’m not going to force you.

I really am writing this column because of self-publishing. It’s a huge thing — a staggering amount of authors are putting out self-published books, and more and more of them are having success. But self-publishing is a lot harder than just writing a book, proofreading it, and uploading it to Amazon. There’s a lot of annoying parts. Here are six of the best of them*. 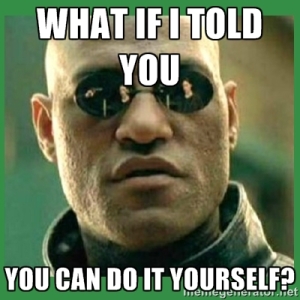 6. A lot of books just aren’t good. — This is something I’ve struggled with ever since I began writing. A lot of things that writers write just aren’t good. We write for fun, we write to get our thoughts out, we write our passion projects, and yes, some people actually write because it’s their full-time job. I’ve written plenty of stories that are good in my eyes but not so much in the eyes of others. Sometimes I’ll write a story because a specific friend of mine has asked me to do so, and the story will probably be good to me and to my friend, but if I showed it to ten people on the street, they’d probably say “get out of my face, weirdo.” It’s perfectly okay to write bad fiction for yourself, but putting out something that other people don’t like isn’t the best way to get yourself out there as a self-published author.

Overcome it by… …going to writers’ critique groups. There are several of these online, but nothing beats finding a group of local writers (at least one of whom has had some success in the business) and sharing your work. You’ll get great feedback (and some that may not be so good), and by the simple act of reviewing your story you might pick up on plot holes or characterization issues that you’ve completely forgotten about. In one of my novels, my group found a gigantic omission, one that I could correct with three sentences, but without them it would still be there. 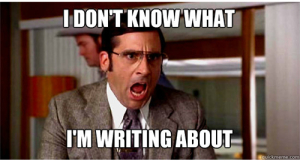 5. The tools kind of suck. — My friend Jonathan C. Gillespie self-published a novel a few years ago, and one of the things he told me was problematic was that he didn’t have a Mac, so he couldn’t put the book onto iBooks by himself. And that’s just one distribution channel. If you’re going to self-publish, you have to put your book out in the best possible place(s), and that means you need to use each place’s tool. I’ve only ever put books out on Amazon, and their publishing tool is iffy at best. I’m still not as good at using it as I’d like.

Overcome it by… …finding a mentor. Erotica author Shon Richards (warning: NSFW) is a real-life friend of mine, and he was gracious enough to answer all my annoying questions about using the Amazon self-publishing tool. I still use those lessons to this day. If someone else in your group has self-published, getting that person’s insight and help can be invaluable. 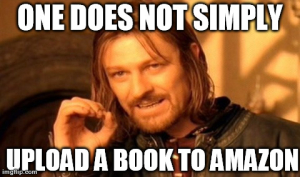 4. “Where” and “how much” are big questions. — The reason I only publish on Amazon is because of their particular revenue sharing system. I could put my stuff out in more places, or I could go through Amazon only. Amazon has apps for all platforms, and they’re by far the biggest, so I figure I’m safe. But you may disagree. You may want your book on Amazon, B&N, Goodreads, iBooks, Google Books, and Kobo; if so, that’s your decision, and it’s perfectly valid. And then, once you’ve decided where, you have to decide how much to charge. I mean, this is your baby, right? You want to get paid what you’re worth, and you want to get a little disposable income on top of that. But if you charge too much**, people won’t buy the book because there will be others for them to buy that cost less — and might be better than yours.

Overcome it by… …looking at the market, and starting small. Find other books like yours and charge the same amount. And, when you start out, don’t charge ten bucks for your supposed magnum opus. I know that, on Amazon, $2.99 is the threshold to get the higher revenue sharing (at least, it was the last time I checked), so start there. Once you become Amanda Hocking, you can charge more. If you like. (PS: if you’re putting out short-stories, 99 cents is the most you should charge. I don’t care how good they are.) 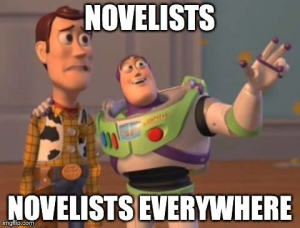 3. Marketing sucks. — I hate talking about myself. I hate marketing myself. I hate asking people to help me by retweeting or Facebooking or Googleplussing. But I do it because I have to. I don’t do it well, mind you, but at least I do it. It’s countless e-mails, tweets, DMs, and Facebook messages to people who I think can help me out in the process of getting my book to more people, and I feel vaguely dirty every time I do it — even when I know the people I’m contacting are going to be positive. Sure, I get rejections (two of my former editors have said they don’t have time, which is totally acceptable because I’m asking them to do me a favor), but getting those “yes, I’ll help you” messages are awesome, and they make you feel good.

Overcome it by… …forcing yourself to spend a little time each day marketing your work. Maybe you set up tweets in Buffer, or put a note on your calendar, or send out a new e-mail each day. Whatever it is, you have to make sure your voice (and your work) is out there for others to read, or else you’ll lapse into obscurity. Oh, and it also helps to put out content on a regular basis, which might just be part of the reason I write this column in the first place. Just saying. 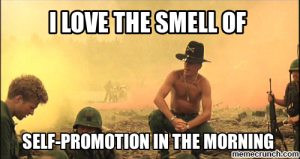 2. Getting people’s attention is hard. — Okay, so, let’s say you wrote an amazing book that is literally as good as anything Neil Gaiman or Andre Norton ever did. Even with that great novel done and uploaded and ready, you can’t guarantee anyone’s going to see it, let alone pay for it and read it. Countless things go into readers’ decisions about what to read, not the least of which is mood; for example, I really want to read the rest of the Dexter series (I finished the first one a few months ago), but I might be in the mood for some hard SF, or I might have just noticed that a new Sandman Slim novel is out, or I might have just gotten a new book to review. By the time I’m done with those, who knows if I’ll be thinking about your book?

Overcome it by… …marketing. Keep yourself front-of-mind for your potential readers. Make them interested in you by providing good content that also helps to put your book in their faces. That way, when they’re ready, you’re there. Also, a good cover helps, and there’s bound to be an artist somewhere who does work that you like. For Secret Santa, I used an artist I found on Fiverr; for “Side Effects” and my upcoming book, I went with our own Bella Blitz, who is way better at cover design than I’ll ever be. Getting an eye-catching cover isn’t free (unless you happen to be a graphic artist), but it’s money well spent. 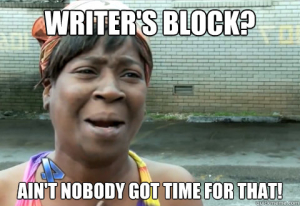 1. People are going to look down on you. — For all the great works that have been self-published over the years, there’s still quite a stigma against self-publishing your own work. It’s considered vanity; it’s considered a “waste”; it’s considered “below” having a professional publisher (or even a small press) put out your stuff. I mean, you’re just throwing your work up there with no trusted gatekeeper to tell potential readers that it’s good enough for people to buy, and that scares readers. Hell, I self-publish my own work, and I’m still leery about reading random self-published books. 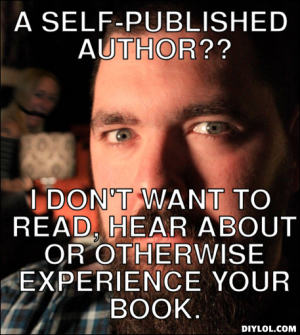 Speaking of time, here’s what’s by far the most annoying thing about self-publishing: it takes time away from writing. All writers want to do is write****, and if we have to spend time prepping books for self-publishing, marketing ourselves, and making sure our stuff is in front of people’s eyes, then we have less time to write. It helps if you have a spouse or partner who will take on some of these burdens, but ultimately it starts and ends with the writer.

I fully admit that I spend more time complaining about not writing than actually writing. Don’t be like me. There’s no profit in it.

Unless people start buying my book when it comes out next week. That would be awesome. 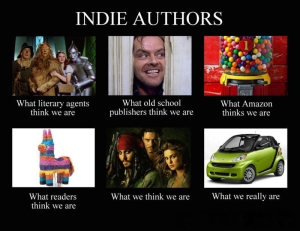 * When I started writing this column, I actually thought it should go under Six of the Worst, but I’m a slave to form, so I just made a really long title.

** Under a pseudonym, I have put out three other books through a medium-sized publisher. I told the publisher that I felt the first two were overpriced, but she said that’s the amount they charge. I would’ve knocked a dollar off, if it were me.

**** No, I lie: all writers want to do is complain about not being able to write before putting out a book about a writer who can’t write but is somehow amazing in every other way. Usually this writer is a white dude. Don’t write this book. Trust me; no one wants to read it.