Home/Nerd Kitchen, Six of the Best/Worst/SIX OF THE BEST… things about starting a restrictive diet
­

I lost a lot of weight between November 2012 and November 2013. Then I gained almost all of it back. Last month I decided I’d had enough, and I was going to start a very specific diet* to work on that problem. I found a diet plan that I liked, that wouldn’t force me to eat a tiny amount of food (because I’m always hungry, even right after I eat), and that would have foods in it I actually like.

I decided to go with one suggested by Lifehacker health writer Dick Talens, which he discovered based on the writings of Alan Aragon. Here it is.

Surprisingly, there are some good things about it. 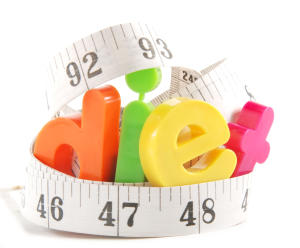 6. I have to plan everything. — Because I have to make sure to only eat the things that I’m “allowed” to eat (whatever’s on the list plus any negative-calorie foods I can find), I have to meticulously plan what I’m going to have each day. The fastest way to do this is to cook as much as I can fit into the fridge on Sunday, and as it starts getting used up, cook more a few days later. When it’s time to go to work, I throw a few containers into a bag and call it solved.

And that’s good because…? One of my biggest weight loss pitfalls is the availability of convenient food. Not necessarily fast food per se, but my office has a cafeteria and I love going down and getting sandwiches. I also go out to eat too much in general. This meal plan forces me to seriously consider if I even can eat out, and more often than not I just don’t bother.

5. The right diet has a lot of food in it. — As I said before, I’m always hungry. Always. Even on this diet. Even with the massive amount of food I eat each day: three meals at work, each 400 calories or less, plus vegetables and fruits for snacks. When I first lost all the weight, I was restricting my portion sizes so that I could eat what I liked, but that was the wrong move. My portion sizes are reasonable, and there’s still plenty of food in each bowl.

And that’s good because…? Like I said, always hungry. 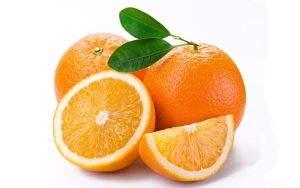 4. I’ve rediscovered oranges. — Oranges used to be a pain in the ass for me; they had seeds, they had peels, they had that fuzzy white stuff on the inside… what was the point? Well, how about this: two oranges combine for about 140 calories. And a giant bag of them at Costco is about seven bucks. I wonder what other foods I’m going to rediscover as I continue my diet.

And that’s good because…? I can’t have desserts, and not just because they’re high calorie. The whole point of this diet is to increase my metabolism, and to do so I’m trying to re-teach my body that it’s okay to use all this fat I’ve been storing up. Oranges (and other fruits) are good, and they add in the vitamin C I might not have been getting before.

3. I have to get creative. — I don’t have a ton of money, so I have to limit the proteins I eat to ones that I can actually afford. Chicken is reasonably affordable. But it also gets boring… especially when I can’t make anything creamy or put it over pasta or inside quesadillas. So I have to experiment with different spices and different cooking methods. Of course, throwing it in the crock pot works great, and then I can just add hot sauce. Really that’s all I need.

And that’s good because…? Hopefully as I transition away from this meal plan into something a little more reasonable I’ll be able to take the lessons I’ve learned and turn them into new, low-calorie recipes. 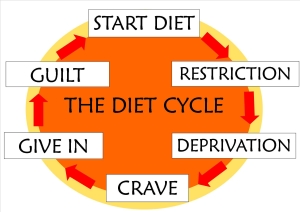 2. It’s easy to track. — I happen to use MyFitnessPal to track my calories, mostly so I can see how much fruit I can have if I get hungry in the evenings. Eating the same things every day means I can copy meals from one day to the next without having to do a bunch of searches and figure out which version of “chopped celery” is in stalks instead of grams. Once I find one I like, I tend to stick with it.

And that’s good because…? The most frustrating thing about tracking is not finding what you want and having to estimate. And then you end up picking the one that has the lowest calories, just to give yourself more to eat during the day. How do I know? Because I used to do it all the time. But this way is extremely easy. Copy, paste, adjust portion amount, repeat.

1. I don’t want to eat anymore. — Yeah, it’s great that there’s a lot of food in each pre-made bowl I put together for myself, but honestly it’s sometimes too much, even for me. Each bowl has 50 grams of protein, which is about eight ounces of chicken. Add in some vegetables and a serving of starch (quinoa, rice, or sweet potato slices) and I get sick of eating halfway through. But I have to meet my protein goal each day, at least according to the plan. It forces me to eat more slowly, which draws out the meals, which hopefully will stave off the hunger a little longer. Hopefully.

And that’s good because…? Some people say you should only eat if you’re willing to eat broccoli. I happen to like broccoli, but the fact remains that sometimes I go into the kitchen because I’m hungry and end up not eating as much as I might otherwise have done because all I have is a crapload of protein. And as much as I love chicken, I’m sick of it. 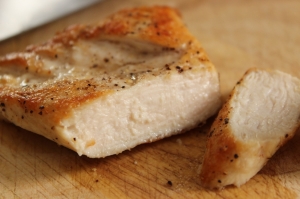 The ultimate goals of my diet are:

I don’t know how long it’s going to take, but MyFitnessPal suggests that, if I keep this up, I’ll lose about eleven pounds by my birthday, which is a month or so from now. Hopefully by then I’ll be less hungry all the time. Hopefully the reason I’m hungry all the time isn’t because my hunger trigger is screwed up… because I don’t think there are any FDA-approved procedures to fix that. The only thing I’ve heard of, other than undergoing a complete gastric bypass, is the full sense device, and that’s nowhere near being approved for use in humans in the US or EU. No matter how well it seems to work.

* “Diet” in the strictest sense of the word — that is, the kinds of food that a person, animal, or community habitually eats.