SIX OF THE BEST… things about older cars

While I’m by no means a car aficionado, I do enjoy looking at different types of cars to see what the interiors look like. I tell myself that it’s because I’m trying to decide what I want when I eventually do get a new vehicle, but mostly I think it’s just the design wannabe way in the back of my head that’s curious about how these things work, at least from a user interface perspective.

Lately, I’ve found myself more interested in older cars — which, for me, means cars from the 80s and 90s, not necessarily those from when my parents or grandparents were growing up. My dream car is my grandmother’s Mercedes two-door coupe/sedan that she had in the mid 1980s — I can’t remember the model number, and none of the ones I can find on Google look quite like it — and even now if I could find one in good condition I’d give serious thought to buying it. 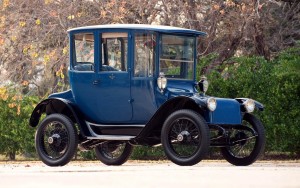 The old car aesthetic just works for me. Here are six of the best reasons why, coming from someone who isn’t a car guy and is probably wrong on just about every one of these points*.

6. So many buttons. — In 1987, my dad got a Mazda RX-7 (the first of five Mazdas the family owned over the next 20 or so years). It was small, and fast, and convertible, and it had a metric ton of buttons to press. My aunt’s car in the 80s and 90s, an American two-door that I think was a GM, had an entire suite of buttons on the steering wheel — way more than I have now. My mom’s Oldsmobile had a joystick on each front door, to control the seats. And I loved touching every single one of them.

There’s something satisfying about pressing a button and hearing a click. It’s why, even now, I fiddle with all the various switches in my car that aren’t being used — window controls, the cruise stick, the radio buttons, and even the little recessed area where the electronic key goes (when I don’t have it in the slot). Newer cars have far fewer buttons to play with, and they’re mostly soft-touch. They don’t click like they used to. 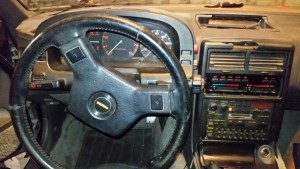 Look at all those buttons!

5. Too many steering wheel controls. — My car is a 2007, and the steering wheel has controls for the radio, the infotainment system, and the air conditioning. They’re all on the front, clearly labeled. But over the past couple of years I drove a Yukon and a Town & Country, and both of those had steering wheel controls on the back of the wheel. Instead of knowing exactly what each button does, you have to learn the pattern and hope you get it right.

This is really more of a gripe about controls that aren’t clearly labeled, but despite the fact that steering wheel controls help keep your hands on the wheel, I think they sometimes do more harm than good. My first car didn’t have any (except the horn), and my second, a Ford Explorer, only had five — all of which managed the cruise control. Plus, with all the controls in the infotainment system, the additional buttons feel like wasted space to me. 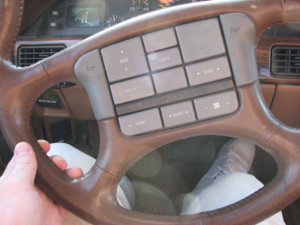 I swear my aunt’s car had even more buttons than this.

4. Separate stereo and climate controls. — Many newer cars control everything through a single infotainment system. Even my car — a 2007 Prius — only has a few buttons on the center console, and they’re just for the radio. If the infotainment system’s screen ever dies, I won’t be able to know exactly what’s going on with my air conditioner. I mean, there are buttons on my steering wheel, but the screen is the only place to manage fan controls and manual overrides.

There happens to be a problem with my infotainment system — I think it’s a short in the volume controls. They fail about 10 percent of the time. It’s not a huge deal, but when I asked the dealer how much it would cost to fix, I was told over $2000. They’d have to take the entire system out to fix it. On the other hand, on a vehicle with separate pieces, they could pull out the stereo. Or, hell, I could go to the store and buy one to install myself — which I did with my Explorer. As for climate controls — until I got the Prius, all my cars’ climate controls were analog: sliders and switches. A digital climate control system is a lot harder to fix if something breaks. 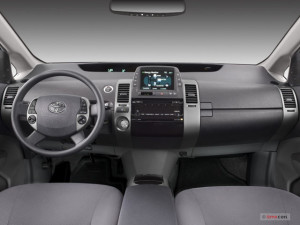 I have this same interior setup.

3. The infotainment wars. — New car commercials are always touting Android Auto or Apple Car Play. The thing is, these are hamstrung versions of full operating systems that live on our phones. And they’re not perfect yet. They will be, but at the moment they have issues. That’s fine; products take time to develop. But what if the only car you can afford doesn’t have your phone’s OS as an option? You’re stuck using a system you can’t fully take advantage of, and that’s just frustrating, especially since you’ll be sticking your phone in a mount and running wires to and from it.

And what about cars that don’t have Android Auto or Apple Car Play? They’ll saddle you with a proprietary system that’s clunky and difficult to use (compared to your phone, that is), no matter who the carmaker is and what they say about its ease of use. You’ll use it as little as possible, and stick to your phone, because you know how to use it and it already does everything anyway. I really hope my next car doesn’t have an infotainment system. 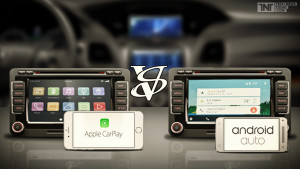 2. They all look the same. — For most of my life, my grandparents drove Mercedes vehicles. They were huge, and had very defined lines. So did my mom’s Oldsmobile; it looked nothing like the Volvos I saw when I was working the Safety Patrol in elementary school. While all the cars on the road had the same basic parts, you could look at one and (usually) tell what make and model it was, if you were into that sort of thing.

But over the course of the 1990s, things got more homogenous. My Mazda 626 looked more or less the same as my best friend’s Nissan Sentra. All SUVs looked pretty similar, unless they were Jeeps or Land Rovers. Minivans were minivans. And now, a Mercedes at first glance has many of the same shape hallmarks as much less prestigious vehicles. Its strong, bold lines have become curves and arcs. And when you do see a unique-looking car on the road, it’s because that car looks weird, not because it looks good. 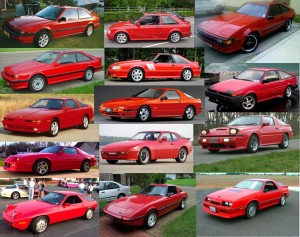 1. They felt like cars. — While I know intellectually that my Prius is made of metal, it feels very light. Not flimsy, as such, but not as substantive as other vehicles I’ve driven. My parents’ cars, both Hyundais, are the same, especially my dad’s Veloster. It’s like that with all the value-rated vehicles; to me, they don’t have that substantial feel that I used to get when I rode in Mercedeses, Oldsmobiles, Buicks, and Dodges. A friend of mine, come to think of it, does drive a newer Buick, and while it’s definitely well-put-together, it doesn’t feel like I think a Buick should.

I guess the closest analogue to this is “mouthfeel”. Like, I know that my car has all the parts a car needs, and it drives well, and does everything I need it to, but it doesn’t feel the same as driving an older car. Even my fiancee’s Pontiac sedan feels more substantial, and it’s only five years older than my car. I realize there’s a difference with the sizes, but my mom’s Sonata isn’t that much smaller than the Pontiac, and it doesn’t feel the same. I want to drive a car that feels right, and I don’t think I can get that from a newer vehicle. I plan to drive my Prius into the ground, but when I do buy a replacement for it, I’m pretty sure I’ll be looking at something a little older. 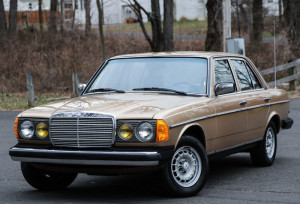 Now THIS is a car.

This column was inspired by a Jalopnik post I saw last week, for a Jaguar with an El Camino pickup bed on the back. It looked pretty interesting, and only had 17,500 miles on it.

When I’m trying to pass the time, I’ll go to Zillow or Autotrader and look at homes or vehicles in my price range. I don’t care so much about the exterior, so long as it’s clean and undamaged (and not some ridiculous color), but I do spend a lot of time looking at interiors. After all, that’s where I spend most of my time. With homes, I look at kitchens and bathrooms; with cars, it’s the driver’s seat.

But, protip, always sit in the backseat of any car before you buy it, so that you know how big it is (or isn’t). My Prius has a surprisingly large backseat for such a small vehicle, but my co-worker’s Chevy Silverado has one that’s so small I can barely fit into it (despite having an enormous front seat).

That’s one other thing older cars got right: bigger backseats. You could almost play catch in some of the Mercedes cars my grandparents owned. I guess now that kids are on their tablets or phones, or watching in-vehicle entertainment, none of that matters anymore. 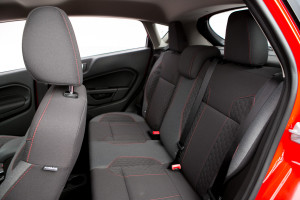 “And in the backseat / we’re just trying to find / some room for our knees.” -Gaslight Anthem

* Just because I like writing about something doesn’t make me an expert on it.