Although boxing isn’t necessarily a nerdy sport, it is in a way directly responsible for the trope of the training montage — that is, when a character goes from being bad at something to good at something via several intercut scenes and a rousing song. It’s even been lampshaded in Team America: World Police (with great hilarity).

But before that, there was the original training montage: the one from Rocky. And that — plus the fact that Creed (basically: Rocky 7) comes out today — means it’s the perfect time for six of the best Rocky movies. 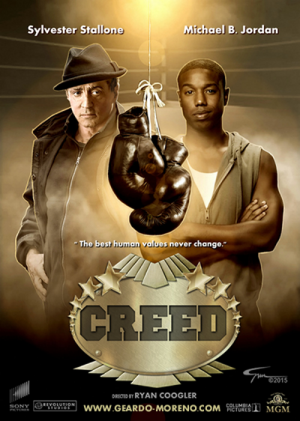 Of course there will be spoilers. Also, in case you don’t know the story: club fighter Rocky Balboa (Sylvester Stallone, who wrote and/or directed most of these films) gets a million-to-one shot against the world champ. He loses the fight, but gets a rematch and wins. He defends his title against many opponents, until he’s defeated by a new up-and-comer. He regains his title and retires, but after his best friend is killed in the ring by a Russian boxer, he returns to take revenge. That fight gives him brain damage, and a new young fighter under his wing turns on him. Finally, many years later, an ESPN “what if” suggests that he might defeat the current world champion, so they have a match to see if that’s true.

6. Rocky 5 — Ugh, let me get this stinker out of the way. After the rousing victory (for both Rocky and international relations) that was the end of the fourth film, Rocky comes home from Russia to learn that he has brain damage and that his attorney has squandered his money. Eventually he trains a new fighter, but that fighter turns on him and they have a street fight, which Rocky ostensibly wins.

Best part: The return of Burgess Meredith as Mickey, two films after his death.

Worst part: The use of rap music in the soundtrack. “Go For It” is no “Eye of the Tiger” or “Hearts on Fire”. 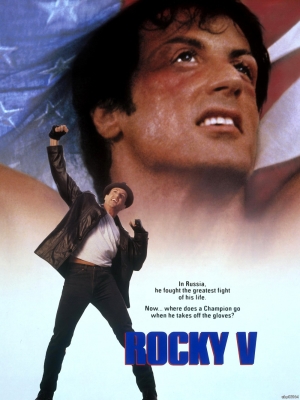 5. Rocky 4 — At this point, Rocky and his former rival Apollo Creed have become close friends. Apollo, retired, finds out about Russian boxer Ivan Drago (played perfectly by Dolph Lundgren) and wants to take him on, to preserve American pride. But Drago is a literal killer in the ring (not intentionally; he’s just that good), and Apollo dies mid-match. Rocky, hurt and angry, challenges Drago to a rematch and goes to Russia to train, using low-tech methods (as he always has) while Drago has the best the country has to offer. Rocky wins by knockout, and then realizes that he doesn’t actually hate Russia.

Best part: When the Russian crowd starts cheering for Rocky.

Worst part: Apollo’s talk-radio level of nationalism and patriotism; he’s painted to become a sort of bad guy because of it, after we spent the last half of the last movie liking him. I can’t imagine Carl Weathers loved that part of the job.

4. Rocky 3 — Now the champion, Rocky faces several challengers, but for some reason isn’t giving a shot to up-and-comer Clubber Lang. After an exhibition match against a huge pro-wrestler, Lang confronts Rocky and gets his match. Rocky doesn’t prepare adequately and is defeated, and during the match his manager Mickey dies of a heart attack. Rocky’s basically done, but Apollo Creed comes to him and offers to train him. With Apollo’s help, Rocky defeats Lang in a rematch.

Best part: When Rocky goads Lang into attacking him during their rematch.

Worst part: There are two. Rocky’s “training” for the match with Lang is set up to make him seem cavalier and overconfident, but the cake is taken by whomever decided to call Hulk Hogan’s character “Thunderlips”. 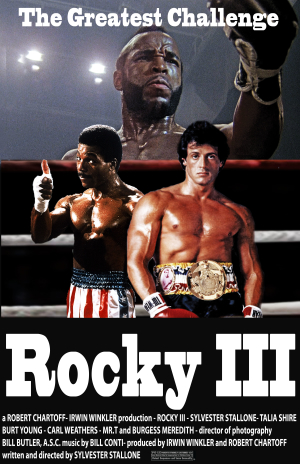 3. Rocky 2 — This one actually used to be my favorite, but I just watched it again recently and, while it has its good points, the beginning is actually rather depressing. Rocky lost his million-to-one shot in the last film, but he still made a good chunk of money, and after marrying his girlfriend Adrian he expects to live the good life. But he can’t, and he has to go back to fighting. He gets his rematch with Apollo, but his training is derailed when the birth of his son leaves his wife in a coma. She recovers, and he wins the championship.

Worst part: The weird direction as Rocky and Adrian, finally married, are in bed, kissing. The camera lingers on them for a really long time, showing what felt like a full minute of kissing. I feel like a lot of that could’ve been cut. (Also, the poster of the puppies behind Rocky’s bed, which was present in the first film, is gone. That poster told a lot about the character just with its existence.) 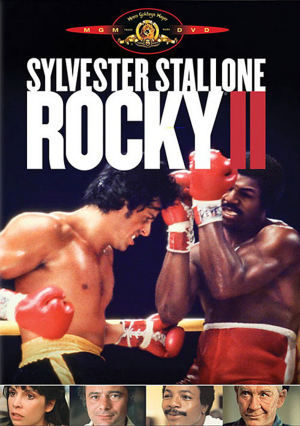 2. Rocky 6 (aka Rocky Balboa) — Years after the fifth film, Rocky lives a small, quiet life. He runs a restaurant in his old neighborhood named after his late wife, Adrian. Meanwhile, there’s a new champion, Mason “The Line” Dixon (yes, it’s dumb, all Rocky fans know this), who is actually played by real-life boxer Antonio “Magic Man” Tarver. ESPN (in the movie) does a computer simulation and discovers that Rocky would have defeated Dixon, and this leads to a match between the two. As with the first film, Rocky goes the distance, loses the match, but wins in the eyes of the world — and he gives respect to Dixon, who fought a hell of a fight (because Rocky, ultimately, is a nice guy who wants everyone to do their best).

Best part: I know ranking this film this high might be a bit hard for some fans to justify, but I really do think it puts a nice bow on the original Rocky arc. Rocky is older, estranged from his son, dealing with his brother-in-law’s issues, but still thinking the best of everyone. It’s complete wish fulfillment, but it also has a lot of realism to it. I really liked it.

Worst part: When Robert’s boss has him bring Rocky in because he’s a fan, and both Rocky and Robert realize this. 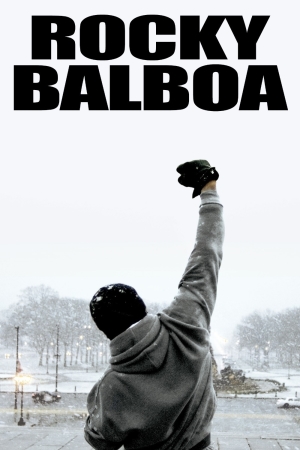 1. Rocky — Dude, the film won the Oscar for Best Picture. That’s gotta be worth something, right? Anyway, a down-on-his luck club fighter who nevertheless is a nice guy who sees the best in people gets a million-to-one chance to face the world champion, and he does his best to prepare. He gives the champ the fight of his life, but loses in a split decision. Still, his goal was to go all 15 rounds against the champion, not necessarily to beat him, and by doing so he has proven to himself that he is a success.

Best part: Rocky’s irrepressible good nature. Life hasn’t treated him kindly, and yes, he’s a collections man for a loan shark, but nevertheless he’s a good, kind person. He never holds a grudge against Apollo (the champion), he doesn’t hate Paulie (his girlfriend’s brother, who is almost always drunk), and he cares about his neighborhood.

Worst part: Rocky’s speech to Marie about why she needs to clean up her act. It’s very after-school special (though also very much in the character’s makeup). 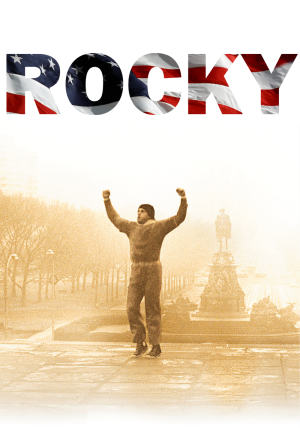 Here’s a fun fact: Creed comes out on the 40th anniversary of Rocky’s first on-screen victory in the first film.

Also — when I recently rewatched the first Rocky, I was struck by how much I didn’t remember about it. I didn’t remember that he wore glasses, that he wrote with his right hand but punched with his left, the whole scene after the fight with Spider Rico, and Rocky shoplifting the turtle food right in front of the pet store owner despite the fact that he clearly felt bad about doing it. 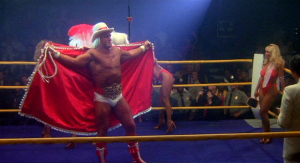 I wrote a book! Have you read it yet? Click here for space travel, steampunk Seattle, superheroes, and more.