Home/Breed Geeks, Six of the Best/Worst/SIX OF THE BEST… reasons to be a strict parent
­

I read a list on Buzzfeed recently about the worst things about having conservative parents — conservative in their mindset, not necessarily politically, although the two things often go hand in hand. In the comments, many people decried their upbringings under strict parents, and they gave good reasons; more than a few said it led to destroyed families when they came out to their parents.

Parenting is hard. Really hard. All we can do as parents is try to remember the things we learned from our own parents and try to improve them as much as we can (if we feel they need to be improved at all). 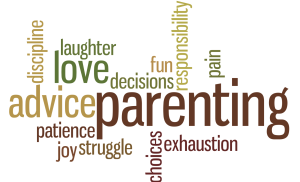 I made mistakes in bringing up my daughter, and most of them were about strictness. Not directed at her, but directed at myself. Let me explain, with six of the best reasons to be a strict parent.

(By the way, I’m not a parenting expert and I don’t have a degree in anything related to child development. I can’t be held accountable if you immediately start doing this and it doesn’t work, or it makes things worse. You’re the parent, not me. Also, none of the photos in this post are of me or my daughter. Thanks, Google!)

6. Be strictly consistent. — I really wish I could make this #1, but I need to make sure it’s close enough to the top. The most important thing I’ve learned about parenting, beyond “love your child no matter what she does, even if it makes you really angry”, is that you have to be strictly consistent. My partner has helped me a lot with this, and I appreciate it more than I can put into words. In the beginning, my ex-wife and I weren’t consistent with my daughter, and that led to some bad habits she maintains to this day. Now, though, my partner and I have turned that around (for the most part; even the best-behaved kid gets out of hand from time to time) and we can see how much better it is for her. She doesn’t pitch fits when we say no, she obeys the rules, and she tries her best to please us because we…

5. Set strict boundaries. — My daughter clearly knows the boundaries, more so than she ever did when I was married. She knows how far we let her push before we push back, and she only pushes when she needs to test the boundaries to make sure they’re there. Because as much as it may seem like parents are keeping too tight a leash on the kids, they need boundaries. They need to be told no, to be told not to do things; if they always get what they want when they want, then they don’t learn that the world doesn’t work that way. It’s usually about choices, or the illusion thereof. On that topic… 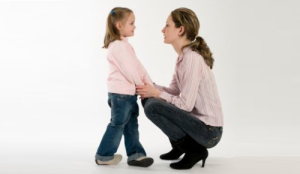 4. Give strict choices. — I’m not saying you tell the kid “weed the garden or scrub the grout”. I’m saying you give your kid options, but the options all need to lead to what has to be done. If your kid needs to do her homework, take a shower, and read a chapter of her book, give her the illusion of choice — she can pick which thing she wants to do first. She can have breaks in between to do something fun. But all the things have to be done by a certain time, or the fun things won’t happen. Set up the choices so your child knows that there is no choice whether or not the things get done, but give her the illusion of choice so that she feels empowered. And then, if the things don’t happen…

3. Impose strict penalties. — Again, I’m going back to consistency here. Whatever penalties you impose upon your child for either not completing a task or acting out, be consistent about them. If she doesn’t finish her math homework, she can’t play on her tablet. If her shower isn’t done by a certain time, she can’t have dessert. If she starts throwing a fit, she gets ignored until she gets herself under control. Whatever penalties you impose, you must stick to them, no matter what they are. Kids need to learn “if X, then Y,” and you need to be strict on yourself in this regard. If X happens, then Y happens. No matter how upset you get about having to penalize your child, she needs to know there are consequences in the real world. I hate punishing my child*, but sometimes it has to happen. Of course, the reverse is true too… 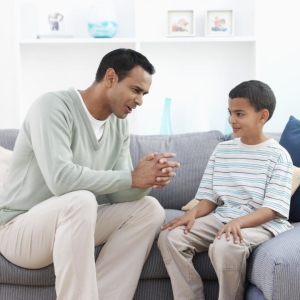 2. Offer strict rewards. — Here’s some more consistency talk. When my kid finishes her homework and shower on time, and reads some of her book, if it’s before 7:00 when she’s done we can play a long board game (something that takes an hour). This is a consistent reward. We are strict about offering it every time. It also helps keep her away from screens and promotes family time. Admittedly, sometimes she wants to play on her computer, and that’s okay too; she knows the games she’s allowed to play, and because we’ve been strict about making sure she does what she’s supposed to, she only plays those games. We don’t have to worry about catching her playing a game we don’t like because she knows the penalty is that she won’t be able to use her computer, so she plays the dentist office game, or the room design game, and if she’s not sure, she asks us. Desserts are similar; she gets to have one dessert, and she has to ask us if she can have it. She knows that if she hasn’t finished all her tasks for the evening, we’ll probably say no. But if she has, we say yes. And her allowance is strictest of all; if she can’t get herself going in the morning, then she loses a dollar from her total allowance for the week. A strict reward system also helps keep us both honest and it allows her to learn what is and is not okay. She trusts us, because we…

1. Be strictly honest. — Don’t hide what you’re doing from your kid when it comes to her behavior. Teach her “if X, then Y”. Tell her you’re being strict, but couch it in such a way that she knows you’re not being mean — because there is a difference. When I went out as a teenager, I had a curfew, and if I broke it, I couldn’t go out the next weekend. My parents weren’t being mean; they were being strict. If I acted up, I had to go sit in my room and not do anything. Again, not being mean. A lot of that stems from my parents explaining things honestly to me when I was not acting in a way that they believed was correct. And rewards were similar; if I did X, then I got Y — whether Y was allowance, a toy, to sit in the front seat, whatever. Tell your kids why you do the things you do — don’t negotiate with them, but explain to them, on a level they can understand, and without allowing them to upset the parent-child power dynamic. Believe me, your kids will appreciate your strictness. Mine does.

She just doesn’t know it yet. 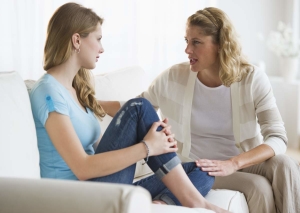 One additional point about honesty: children look to adults to teach them things. It starts when they’re babies and we teach them that if they communicate to bigger people that they’re hungry, they get to eat. Throughout her life, I’ve tried to be honest with my daughter when she’s asked me questions. Some of them are hard, and some I have to deflect, but one thing that’s worked for me is that when I deflect I explain to her why. For example, she likes the music from Rent. I’m strict about what songs I let her hear, because I don’t want her to be exposed to things she doesn’t need to learn about yet, such as AIDS. Anyway, after a few times through the songs she likes, she asked when she could see the movie. I told her when she was 12 or 13, and when she asked why, I said “because it has things in it that aren’t appropriate for an eight-year-old”.

She completely accepted that answer. She’s curious, sure, but she trusts me because I’ve been honest with her in the past. She wants to see the movie, but I told her she shouldn’t, so she’s fine with that (at least for now). She doesn’t think I’m being mean, and she probably doesn’t think I’m being strict. I’m just being Dad, and looking out for what’s best for her.

And, really, that’s what being strict is all about. 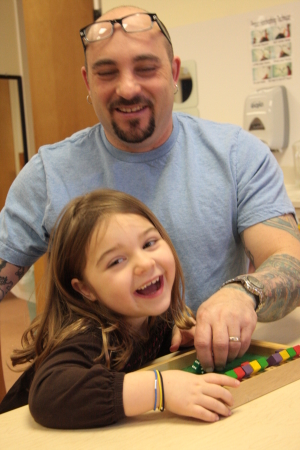 * By the way, googling “strict parenting” images gave me an awful lot of “parents pointing fingers at upset children”, as well as more than a few that implied corporal punishment. I think we need to take back the word “strict” — most of those photos seemed to be more about authoritarian parenting than strict parenting. If you look at the pictures I chose for this post, most of them are about parents having discussions with their children, not about ordering them around like little soldiers. Because they’re not.