As I sat here this week trying to figure out what to write, my eye naturally fell upon my DVD rack. It’s quite a collection: TV serieses, anime, films, and probably a documentary or two hidden in there somewhere. It’s a bit smaller than it used to be, since I left a lot of movies with my ex-wife after the divorce, but it grew quite a bit when my partner officially moved in.

When we commingled our DVD collections, I had to reorganize the rack a bit to fit everything. I noticed as I did so that I have a bunch of DVDs I’ve never watched, even though I’ve spent the money on them. I wonder why people do that.

Anyway, here are six of the best movies I own but haven’t watched. (By the way — these are just my DVDs; my partner’s aren’t included.) 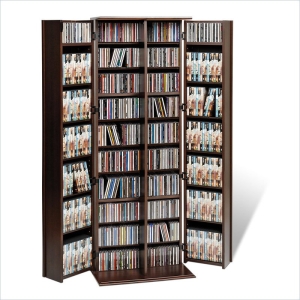 Check out this huge rack!

6. Star Wars (the original trilogy) — Let me get this one out of the way first. Yes, I’ve seen the Star Wars trilogy — the original and the prequels — multiple times. From when my dad recorded the originals off Showtime on our pop-top VCR to the re-releases in theaters, from standing in line for The Phantom Menace to watching Attack of the Clones on my parents’ new TV, my Star Wars-fu is strong. I’m pretty sure I was given these DVDs as a gift, and they’re nice to have on the shelf, but I don’t feel a pressing need to watch them anytime soon. Or ever.

Fun fact! These are the remastered versions, but I think I might still have the original VHS versions recorded off Showtime in a box somewhere. 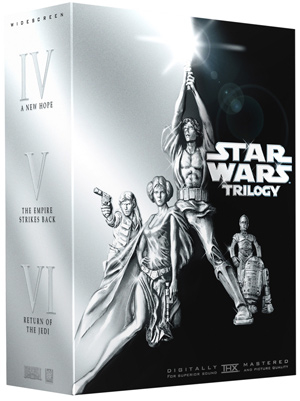 5. Shame and Kinsey — A couple of years ago, I was friends with someone who was really interested in sexual psychology. As a gift, I bought her three movies: Shame, Kinsey, and A Dangerous Method. The prices were really good — I think under $20 for all three, and Shame was on Blu-Ray — so I got copies for myself as well. I watched Method last year, but I haven’t watched the other two. I don’t know if I’ll ever get around to them, but… maybe? I mean, I like Michael Fassbender and Liam Neeson.

Fun fact! Shame was the first Blu-Ray I owned. 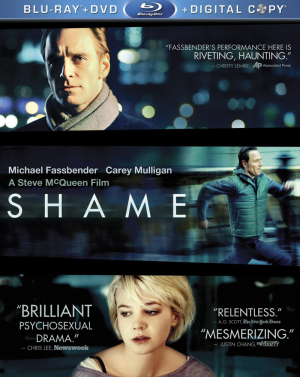 4. The Chronicles of Narnia (BBC edition) — When I was in elementary school, the AV staff used to run movies on one of the internal closed-circuit channels* in case teachers needed to fill a few minutes. They could request certain movies to be played at certain times, and this was one. So was Rikki Tikki Tavi, which I enjoyed greatly. I don’t think I’ve ever seen this version of Narnia all the way through, but the three-DVD set cost me about $7 at K-B Toys so I figured it was worth the money. My daughter read The Lion, The Witch, and The Wardrobe for school last year, and she’s seen the Liam Neeson version, but she might like to watch this one someday.

Fun fact! For my fourth-grade Spanish project, I masterminded a Spanish version of Wheel of Fortune called Rueda de Fortuna. I hosted the first episode, and the custodian actually made us a really nice wheel to use as a prop. My classmate Michael Spievack** took over after I filmed the pilot, but it was still fun. They showed it on the closed-circuit TV multiple times. 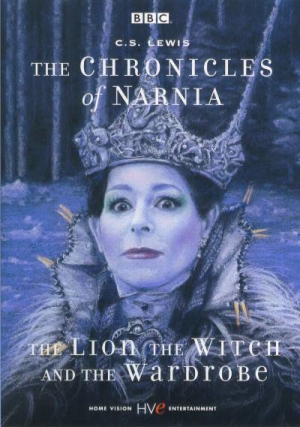 3. Sherlock Holmes: the Great Investigator four-pack — My partner is from North Carolina. One weekend, I was visiting her and meeting her family, and we needed to kill a few minutes. We went to Ollie’s and bought some things — some we needed, some we didn’t. Toward the front was a rack of inexpensive DVDs, and as a Sherlock Holmes fan I saw this four-pack (I think it’s all on one DVD, but I’ve never actually removed the shrink-wrap) for under five dollars. That went straight into the cart. I’ve read every Holmes story, but I still enjoy watching the filmed adaptations.

Fun fact! When I watched the Jeremy Brett adaptations on PBS, I found it almost laughable how they tried to insert Moriarty into the stories leading up to “The Final Problem”. The Brett adaptations were great, but that part was awful every time, until the actual episode aired. 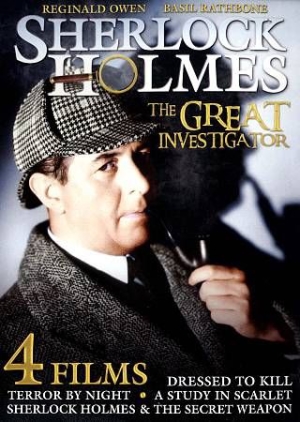 2. Time Bandits — Why do I even have this DVD? What’s it about? I don’t know! I could google it, but that’s no fun. I just knew that I should have this DVD because it’s well-known and geeky, and it’s a Terry Gilliam film. I think I tried to watch it once but something came up. I guess it’s one of those movies you buy just to have (I got it used so at least I didn’t spend a lot on it) but you just sort of stare at the DVD and never actually open it.

Fun fact! The Gilliam film The Zero Theorem was written by Pat Rushin, a professor at UCF, where I went to college. I never had Rushin as an instructor. 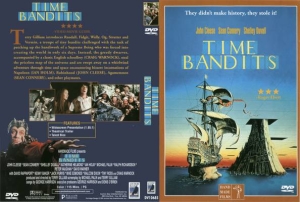 Fun fact! When I got home from the movie, I went online to buy the soundtrack. Unfortunately, the soundtrack that was for sale didn’t have more than half of the songs actually played in the movie. So I scoured the internet until I found a full listing of tracks, and then I ~cough cough~ procured ~cough cough~ copies of each one so I could have the complete soundtrack. I think it took up three CDs by the time I was done. I was strangely proud of this, but no one else thought it was very cool. Alas. 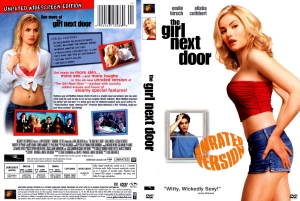 In the early 2000s, when my ex-wife and I lived in the suburbs of Orlando, she purchased us a copy of Schindler’s List***. It stayed shrink-wrapped through three moves and at least as many new DVD racks, and although I moved out in 2013 I have to believe that the DVD is still unopened.

I’ve never seen Schindler’s List. I know it’s supposed to be an amazing film, but I just have no desire to watch it. I think something got short-circuited in my “growing up Jewish”**** identity because I can’t stand Holocaust films. I also don’t like going to Holocaust exhibits or museums. I know it happened, and I know that the best way to avoid repeating history is to learn from it. Well, I’ve done that. I don’t need to learn any more.

In fifth grade, we read a book in class called When Hitler Stole Pink Rabbit. The only thing I really retained from that novel is “quatre-vingts! Quatre-vingts dix-sept!” (If you’re interested, it means “four-twenty-seventeen”, or 97.) 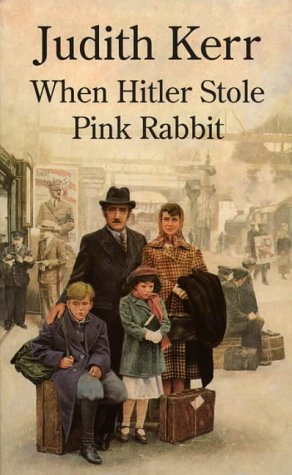 * I went to a private elementary school that had TVs in every classroom. Our morning announcements were televised, and while sometimes we did have TVs wheeled in on carts, more often we watched stuff on closed-circuit TV. It was pretty awesome.

** I can’t remember important stuff, but I can remember that. Talk about frustrating.

*** This is the third time Liam Neeson has appeared on the list. Funny how that works out.

**** I’m not Jewish anymore, but I grew up that way and identified as such until the early 2010s.