The following article is adapted from a longer series I wrote in 2011 called “Music and Magic: the Harry Potter Soundtrack Retrospective”.

I love movie scores. If they’re bad, they’re just audio wallpaper, but if they’re good, they can become a character in their own right, telling you how to feel and helping the director to control the pacing of the movie without leading you along by the wrist like an errant child. I remember as a kid, waiting in line to see Star Trek V, stretching my ears as the previous patrons left the theater, trying to figure out what the music would be like, and being disappointed that Jerry Goldsmith recycled his theme from The Motion Picture and The Next Generation for The Final Frontier as well. But I also remember hearing the track “Septimus” while watching Stardust and immediately pausing the film so I could buy the album.

And since this Friday is Harry’s 35th birthday, I figured we could take a look at six of the best Harry Potter soundtracks. Because they’re pretty good. 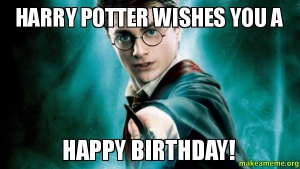 I’m putting this first so it doesn’t spoil the ending, but with eight films there are going to be two soundtracks that don’t make the cut. Here they are.

Least Favorite: Order of the Phoenix, by Nicholas Hooper — I’m, as I said, a huge fan of soundtracks that make the music a character in the film. I didn’t feel this happened, except with “Professor Umbridge”, which actually sounds like someone saying her name over and over. This particular soundtrack didn’t have a cohesive theme, instead favoring a jumbled bunch of cues, an out-of-order track list, and way too much repetitiveness. (Though I did like “Flight of the Order of the Phoenix”, despite it being way too short.)

Coming in seventh: Chamber of Secrets, by John Williams and William Ross — While Williams’s first Potter soundtrack was a little too whimsical in places, the darker nature of Secrets forced him to tone that down. Unfortunately, the film itself was too slapstick-y in places to justify a really dark soundtrack. Williams did add a second cue heard in “Fawkes the Phoenix” that showed up often, and he seemed to have fun with “Professor Lockhart”, making his cue sound serious, but with an edge of incredulity. 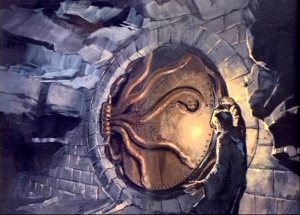 And now, the six best:

6. The Half-Blood Prince, by Nicholas Hooper — Given how much I disliked the Phoenix soundtrack, I think Hooper really redeemed himself here. The only reason I rank this one so low is because the ones above it are that much better. He sets up several themes in “Opening” and uses them to tie the entire film together, something I’m a big fan of. Unfortunately, his use of classical guitar in “When Ginny Kissed Harry” and his use of choirs in several other tracks knocked him down several pegs. Plus, this is generally regarded as the worst of the eight films and the worst of the seven books (at least by me) so Hooper didn’t have as much to work with as he could have.

5. The Deathly Hallows, Part 1, by Alexandre Desplat — Desplat has a habit of going back to the same well far too often; in this soundtrack I heard echoes of his work on The Golden Compass. He often uses fugues over the main part of the music and, at least on this soundtrack, overuses choruses. But his mix of his own themes with “Hedwig’s Theme” in “Sky Battle” is quite good, and he sets up a few of those themes in “Polyjuice Potion”. I didn’t much care for the film, but the soundtrack was nice. 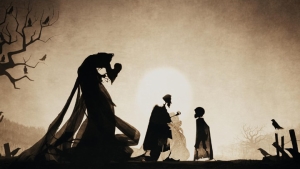 4. The Sorcerer’s Stone, by John Williams — When you’re about to start a huge movie franchise, who do you call? John Williams, of course, and he set the scene with “Hedwig’s Theme”, which contains almost all the themes used in the first film, at least in some fashion. I felt that many of the cues were a bit juvenile, especially given how serious the movie got, but it was (at the time) a movie aimed at kids, and I think that’s why I didn’t rank it more highly despite its iconic nature. It just felt too juvenile to me, too light in tone.

3. The Prisoner of Azkaban, by John Williams — This is the best of Williams’s three scores; it’s more serious, with strong cues and maturity that wasn’t present in the first three. You can hear it right off in “Lumos! (Hedwig’s Theme)” — sparse, sinister, and a great setup for the film. The triumphant theme is heard later, in “Buckbeak’s Flight” (after the annoying drums), and later, in “The Dementors Converge”, Williams’s theme as Harry-of-the-future-but-in-the-past fights them off is some of his best non-main-title work. The middle of the album is a bit muddled, and a couple of songs seem more like Michael Giacchino than John Williams, but overall this one is great. 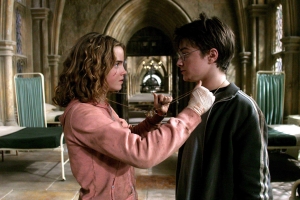 2. The Deathly Hallows, Part 2, by Alexandre Desplat — Wow. Just, wow. In addition to themes for the characters and scenes, Desplat seemed to use “cycles” for the major plot arcs — multiple tracks working together with different musical cues to create a specific feel for each part of the film. “Courtyard Apocalypse” is a great rising action track, leading into “Showdown”, which ties together all the themes of the Battle Cycle (the other two Cycles being the Snape Cycle and the Harry Cycle). The only thing he doesn’t do well here is tie this soundtrack back to Hallows 1 in a clear fashion, but I can forgive him.

1. The Goblet of Fire, by Patrick Doyle — Doyle’s use of consistent themes throughout the soundtrack made this a no-brainer for me in terms of rank. The soundtrack was literally a character of its own, and I think this album (minus the Weird Sisters songs at the end) is the most cohesive piece of art in the Harry Potter soundtrack continuum. From the ominous nature of “The Story Continues” (which immediately introduces the main theme of the film — at least the part that isn’t derived from “Hedwig’s Theme”) to “Foreign Visitors Arrive” (and its sense of wonder as the delegations from Beaubaxtons and Durmstrang appear) to the Priori Incantatem Part of “Voldemort” to “Another Year Ends” and everything in between (except for “Hogwarts March” and “Hogwarts Hymn”), this is a great soundtrack. You should totally buy it.