SIX OF THE BEST… ways to save money on coffee

Coffee is a big business. Millions of people across the US drink it every day — sometimes many times a day — and while some people are content with the average office coffee machine’s output, a lot more prefer a “better” experience.

But “better” coffee can be a money pit. I know this; I used to buy a large Dunkin Donuts cinnamon iced coffee every couple of days, back when I wasn’t avoiding caffeine. I’m probably saving $10 per week by not drinking those drinks — and a lot of calories, too. So, with that in mind, here are six of the best ways to save money on coffee. 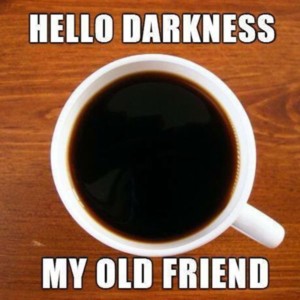 6. Don’t buy single-serving coffee machines. — The convenience of a Keurig-like machine is hard to beat. Drop in a little plastic cup, press the button, and one minute later you have a hot cup of coffee. But if you really think about it, how much money are you spending in the name of convenience? When I was a coffee drinker, I was totally into Dunkin Donuts coffee — I happened to like its flavor better than most other chains. A box of one dozen DD K-cups runs $11 right now at Wal-Mart. That’s 91 cents per cup of coffee; not a ton of money, but not cheap, either.

Instead, do this: Make reusable K-cups. At Wal-Mart, a 12-ounce bag of Dunkin Donuts coffee costs $7.63, and makes about 40 six-ounce cups. I do understand that if you live alone or don’t want to share your coffee at work then you appreciate the convenience and speed of a K-cup, but the cost (and the waste) is just outrageous. Bed Bath & Beyond, last I checked, sells a reusable K-cup; buy one, put some bagged coffee in it, and save a lot of money. 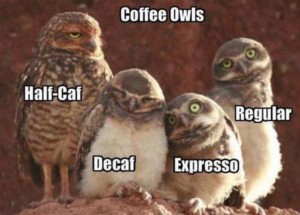 5. Don’t buy expensive flavored coffees. — I used to buy all sorts of interestingly-flavored coffees, especially from Target. They weren’t super-expensive, but the thing about flavored coffee (as I recall) is that the flavor is mild, so that it doesn’t cover up the taste of the coffee itself. But if you like flavor, you’re going to have to use more coffee, leading to what my old boss called “hair on your ass” coffee — as in, it’s so strong (to get the flavor to come through) that it’ll put hair on your ass. Which, I mean, if you already have hair on your ass, you might be in trouble.

Instead, do this: Buy flavored creamers. It took a while, but I finally figured out that a dash of flavored creamer would give me way more flavor than making super-strong coffee just to get a hint of, say, raspberry or chocolate — and I’d put milk and sugar into it anyway! But rather than adding both of those, I could simply add a bit of Coffeemate (that happened to be my preferred brand) and skip the sugar altogether, and it made even crappy coffee taste pretty good. 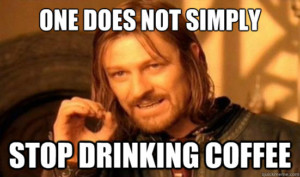 4. Don’t buy gourmet coffee just to buy gourmet coffee. — For years my parents drank plain old Folgers coffee in the morning, out of a giant can in the freezer. When I drank coffee I was happier with plain old Target coffee for $6 a bag than when I tried something fancier or supposedly “better”. I understand that coffee connoisseurs are different and actually like to taste the different types of gourmet coffee, but for normal people who just want something hot with caffeine in it there may not be a need.

Instead, do this: Do a blind taste-test at home. Have someone brew you cups of regular and gourmet coffees and figure out which one is better for you. I’m pretty sure you won’t notice much of a difference, and you can save a lot of money buying less expensive coffee. Plus, like I said before, a little flavored creamer works wonders. 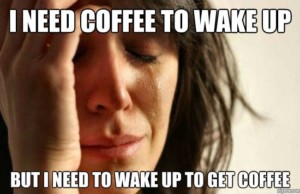 3. Don’t buy coffee when you buy breakfast. — Another way to save money is to stop buying breakfast on the way to the office, but a lot of people do it so they can get coffee. Almost every drive-through restaurant that serves breakfast has coffee, and most of them are okay-tasting. I personally wasn’t a huge fan of Chick-fil-A’s, but McDonalds is perfectly cromulent coffee (and they often have sales or special deals on it). But here’s the thing: you’re getting a single cup of coffee (no matter how large), and then driving off with it. Your office probably has free coffee (and many now have good creamer cups), or at least you brought in your own coffeemaker and can make your own less-expensive coffee.

Instead, do this: Make breakfast at home. I totally get the convenience of buying breakfast on the way to work, but you’re at the whim of the restaurant’s employees and the other people who are buying food. Instead, make breakfast at home and bring it to the office. The time (and money) you’ll save by not making a stop will be invaluable. 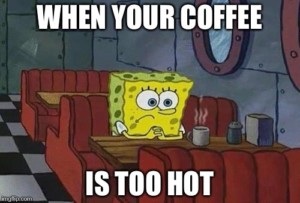 2. Don’t settle for crappy coffee. — This one’s a little weird, but hear me out. If you’re settling for crappy coffee, you’re inevitably going to have a moment when you think: “this is terrible; I’m going to go out and get something extravagant to make up for it.” And then you spend five bucks at a coffee shop because you want something that tastes better. I realize this article is supposed to be about saving money on coffee, but sometimes you have to spend a little to save a lot, and it’s better to spend a little more on coffee that you think tastes good instead of putting yourself through the hell of coffee you hate and then having to make up for it.

Instead, do this: Buy the coffee you like and find a way to drink it. Look, a lot of offices have crappy coffee; buying cheaper stuff is a way to save money, and the cheaper stuff is certainly packaged well. I mean, hell, one of the companies that sells to offices is called Royal Cup, and the word “royal” has a certain connotation. Thing is, I personally don’t care for Royal Cup coffee, and I would end up drinking it anyway and then going out to Dunkin Donuts and getting something better just to wash the taste out of my mouth. If I’d just made Dunkin Donuts coffee at the office, I could’ve solved that problem and saved money. 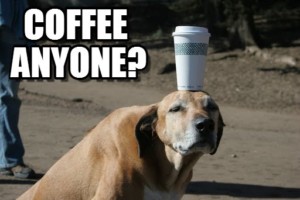 1. Don’t go to Starbucks every morning. — This one’s not just about Starbucks, but Starbucks is the one that has a cult around it. My wife used to work at Starbucks and she knew plenty of regulars who came in (or drove through) specifically to get a certain coffee drink they were used to. I’ve never cared for the flavor of Starbucks coffee, but I’m apparently in the minority. These folks are driving through every day, waiting in long lines and paying $3 to $5 for whatever the hell it is they’ve decided they like, and usually a tip on top of that because when you get to know service people and service people get to know you it’s kind of a dick move not to tip them. Plus, having a cup of Starbucks coffee is like having an iPhone; there’s a certain status conferred on the person, one that says “I’m smart enough to know what is good and popular and I’m participating in that groupthink, so you should trust that I know other things as well.” Well, you are participating in groupthink: the kind that says “I just spent a bunch of money and sat in a long line for a cup of coffee.”

Instead, do this: Don’t go to Starbucks every morning. You can buy Starbucks coffees for a lot less than they cost when someone else makes them for you. Espresso machines aren’t cheap but making your own is still a savings over getting it from a coffee shop. And on top of that Starbucks food is enormously expensive — you can get a whole lemon cake from the grocery store for the price of 3-4 slices out of the Starbucks pastry case. But if you go, you’re going to be tempted to spend that extra money, and you don’t really need to be buying expensive food on top of expensive coffee. Look, I don’t want Starbucks to go out of business, but if you’re the kind of person who’s trying to save money, buying Starbucks every day is not a good idea. 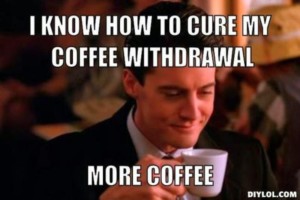 Back when I was much less careful about the contents of the food I eat, I discovered chocolate-covered espresso beans. They are so good. I discovered that the Whole Foods near my old house sold them, and I used to go by and get some every few weeks.

One day I was working an afternoon shift at my old job my coworker called in sick, leaving me alone for eight hours. I didn’t have time to really think, so I just grabbed my bag of beans and munched on them pretty much nonstop starting at 5pm.

By 6pm I was so high on caffeine that my hands were shaking. 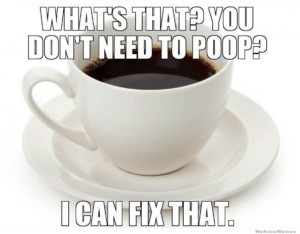