SIX OF THE BEST… ways to make cleaning suck less

SIX OF THE BEST… ways to make cleaning suck less

One of my favorite things about moving is that I get to start on a fresh canvas, cleanliness-wise. It was even better this time because all the floors were new and all the walls had just been painted. It was great.

But I have a problem: other than laundry, I get lazy about keeping my space clean. Not that I don’t want to; I just don’t. There’s so much television to watch, so much internet to goof around on, so many books to read, so much cooking to do…

So, here. Have six of the best ways to make cleaning suck less:

6. Split the job in half. My original goal was to clean half the apartment every weekend. I don’t stay on that schedule like I should, but I do clean half-and-half. Maybe not evenly half-and-half, but last night I cleaned one bathroom, the kitchen, the dining room, and I also vacuumed all the carpeted areas. It took me a little less than two hours, but they weren’t solid hours because… 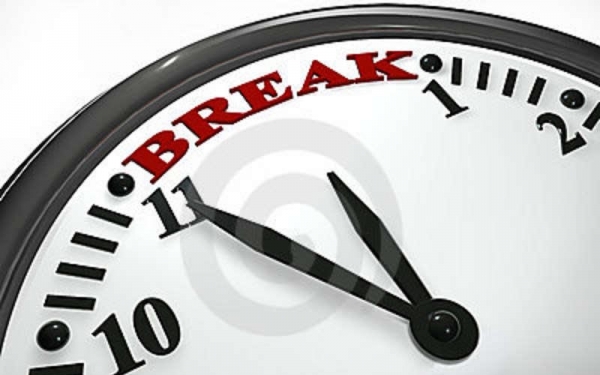 5. Take breaks. While I was doing the cleaning, I was also working on other things that needed to be done. I actually find doing laundry and dishes to be relaxing, so I would run the laundry, fold it, organize it, and put it away. And just to get in the mood I unloaded the dishwasher, re-loaded it, and ran it. But beyond that, I also spent a few minutes on the computer, chatting with a friend. It helps, trust me.

3. Patterns. This is related to the previous item, but one thing that I’ve noticed, when I’m doing larger tasks, is that I always do things in patterns. When I vacuum my bedroom or the living room, I always do them in the same order, and I break out the rooms by different areas. In the living room, I always start by my seat, then the far corner, then the area from the couch to the television, then the foyer, then the lounger, then the bookshelf, and then I’m done. My weirdly-organized brain needs these patterns to be successful, and also concentrating on the patterns keeps my mind from wandering. That helps.

2. Get sidetracked, but do it right. As I cleaned last night, I also did things that I wasn’t planning to — I emptied trash cans, cleared off the kitchen table (always difficult), put away laundry, organized my shoes… all things that needed to be done, but weren’t part of my initial goal. Again, I’m getting back to breaking up the task to keep it from getting monotonous.

1. Stick to it. This seems obvious, but it’s really not. Think about it: cleaning the bathroom sucks. We all know it does. But if you don’t clean it this week because it doesn’t look dirty, then you might not clean it next week because it doesn’t look that dirty, then you might not clean it the week after because your kid is sick or you have to go out of town, then when you get back you have a dirty bathroom and you’re so exhausted that you don’t do it, and before you know it a few weeks have passed and your bathroom is a disaster area and the job seems so big that you just say “fuck it” and you don’t bother doing it at all. (I’m speaking of experience here.) But if you stick to your cleaning schedule and just get the job done, you’ll lose an hour or two each weekend but you’ll be much happier with the results.

Remember what it was like when you were told to clean your room?

In my case, I got stuck organizing things that didn’t need to be organized. Like my bookshelf. I would organize by topic, or by author, or by series… instead of tidying up my floor or putting away my clothes. Don’t fall down that hole.