SIX OF THE BEST… ways to improve customer service in medicine

As you may or may not know, both my wife and I have had surgery in the past couple of months. Both were outpatient procedures, and we’re both fine. And for the most part our actual experiences at the surgery centers were okay — the staff was pleasant and did their best to put us at our ease, and the procedures themselves went fine.

It’s just everything around the actual procedures were not super-awesome.

Look, a lot of us nerds have health problems — the stereotypical ones like asthma and obesity as well as others like orthopaedic issues, respiratory concerns, and mental illnesses such as depression or anxiety. We have to contact our doctors a lot, and what I’ve learned over the years is that, with very few exceptions, that never goes well. So, with that in mind, here are six of the best ways to improve customer service in medicine. 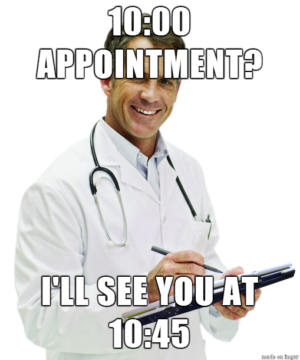 This is actually less of a problem now than it used to be.

6. Call people back promptly. — Prior to my wife’s surgery, the scheduler called to tell her when it was. The time was not one that we could make, so we called them back. Ten times. Not once did they answer, and they didn’t return our voicemail. I even went over there, but even though the medical staff is present until 6pm the office staff locks the door and turns out the lights at 3:30pm (I got there at 4:15.) We had to call them at 6am the next day (when they opened). And this is just one example; when I had some recent follow-up tests done, I wasn’t called with any instructions. When I call my ENT, I rarely get a call back the same day. My orthopedic group was even worse.

Solution: Hire people whose only job is to call patients back. And you need more than one, because everyone calls.

Minor annoyance: Everyone should use the same phone tree. 1 for doctors and hospitals, 2 for appointments, 3 for the nurse line, 4 for billing, etc. 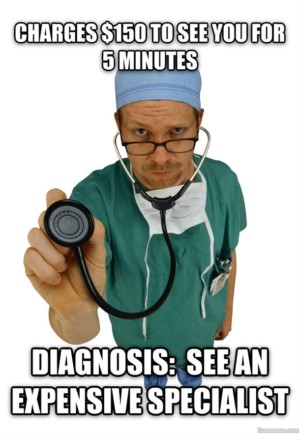 5. Make online systems easy to use. — The medical group that I go to happens to use the MyChart system, and in general, it’s not super-difficult to use. The URL is easy, as is logging in, but once you’re inside it can be a little daunting. They try to make it as nice and personable as possible, but for users who aren’t comfortable with computers (many older patients are not) they’d just rather talk to a person. The thing is, most offices are now requiring patients to sign up for their online systems so they can fill out paperwork. There are video walkthroughs, but no one watches those.

Solution: Provide in-person walkthroughs for patients who aren’t good with computers. Maybe the person who does the callbacks could do that too.

Minor annoyance: I don’t know if it’s MyChart or if it’s my browser or it’s a specific setting from my medical group, but the system is incapable of remembering my username and password, even when I specifically tell it to remember me. I know my password, but it would be nice to use the autofill functionality like I do on every other website. 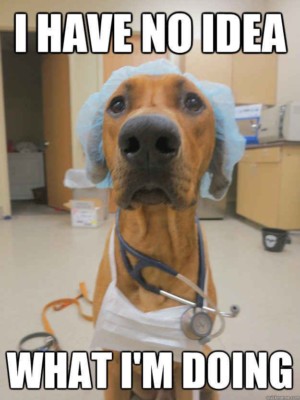 4. Stop outsourcing lab work. — Do you know who probably has the most biological data, even if it’s anonymized, of US citizens? It’s probably Quest Diagnostics, which seems to be the company of choice for outsourcing lab work. Look, it’s hard enough to make time to go to the doctor, especially if you work first shift, and if your boss isn’t understanding, you’ll waste all your PTO dealing with your health. Some doctors will do the sample collection at the office and then send it out, but some require you to physically go somewhere else. Which is understandable if you need, like, an MRI, but the outsourcing just ends up costing the patient more money. A $30 co-pay at the doctor’s office is one thing, but a $150 bill for getting your blood and urine tested is medical profiteering out of control.

Solution: Medical groups have their own labs, and insurance companies start covering tests for the cost of a co-pay. A CAT scan shouldn’t cost $300 or more.

Minor annoyance: Most of the time I don’t even know I need to have lab work done until I’m actually at the office. A little warning would be nice. 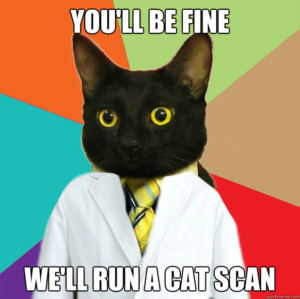 3. Parking should be free. — A lot of specialists work in medical buildings adjacent to or in the near vicinity of hospitals. Hospitals, because they have such large staffs, patient numbers, and visitors, often need parking garages. I have never parked in a garage at a medical office that is free… and most of them don’t validate either. We’re already paying a $45 specialist co-pay, a $150-$500 testing fee (MRIs aren’t cheap), and however much our hourly rate is at work in PTO. It’s just insult on top of injury to have to pay $3, $5, $10, or more.

Solution: Validate parking, or stop outsourcing the parking to other groups that don’t let you validate.

Minor annoyance: Parking garages that only have one open exit lane. There’s always going to be one person either on their phone blocking up the line or fumbling for exact change instead of using a card. 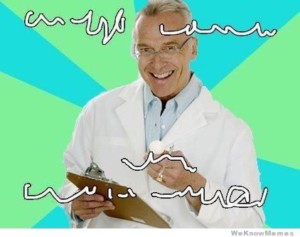 I have worse handwriting than my friend who is a doctor.

2. Do follow-ups over the phone. — Let’s say you’re sick or injured. You go to the doctor, who orders a test, and it may be doable in the office but you may also have to see a special testing person. Recently I had to have an ultrasound done (they’re used for more than just seeing inside pregnant women), so I went to the doctor, and then had to go back for the ultrasound, and then had to go back for another follow-up to discuss the results. That is not only ridiculous, but it also adds an extra co-pay plus extra parking fees. And that’s just to talk to the doctor for five minutes (after a 15-30 minute wait in the lobby, plus the 5-10 minutes after the medical assistant finishes taking your vitals). That kind of follow-up could easily be done on the phone, especially if the follow-up is “take over the counter painkillers for a week and let us know if it doesn’t go away.”

Solution: Use the phone specialists I mentioned earlier to do phone follow-ups with patients.

Minor annoyance: If you can do the test in the office, then it should be done at the same time as the initial visit. It shouldn’t require a separate appointment (and another parking fee). 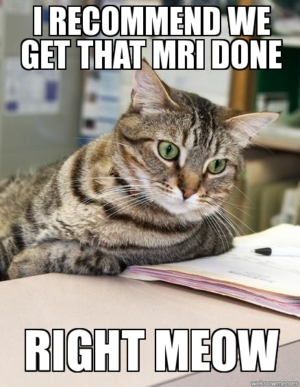 1. Stop relating everything to weight. — On behalf of the many, many nerds who are plus-sized: medical professionals, it’s not always because you think we need to lose weight. Here’s an example: I had acute bronchitis, so I went to my doctor. I happened to have lost a fair bit of weight since the last time I saw him, and he spent a good ten minutes (it may have been less, but I was so sick that it felt like forever) talking about that before doing anything to actually address my complaint.

Solution: I admit that weight often contributes to health problems, but not all of them. Stop assuming that just because people are overweight that means they’re not generally healthy, and stop bringing up weight when we come to you with a medical concern that losing weight will not immediately fix — like a cold, or a sprained wrist, or depression.

Major annoyance: Stop treating us like we don’t know we’re overweight. We’re not stupid. We know what needs to be done; you don’t need to tell us. It’s going to make us more upset about it, less likely to do something about it, and even less likely than that to come and see you when we’re sick or injured because we know you won’t talk to us about the actual problem without first bringing up our weight. 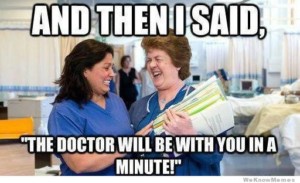 This isn’t a new thing. I’m 39, and it’s been happening all my life. When I was in fifth grade (the same year Taylor Swift was born), I got an ear infection. It sucked. I went to the doctor, he diagnosed it, and I got some medicine. They asked me to come back in a bit to see if it had cleared up. So my mom and I went back after school a couple of weeks later. The appointment was, I believe, at 4pm.

We got there at 4pm. We signed in.

We were finally brought back close to 5pm. The doctor eventually saw us around 5:15. She (it was a different doctor) looked in my ear, deemed me “all better”, and sent us home. We were back in the car and on the way home by 5:25, and the actual length of time spent with the doctor was less than five minutes.

Even at age eleven, I realized how much a waste of time and resources this was, and I wrote the doctor’s office a letter about it. I also included plans for improving the overall efficiency of the office. I’m pretty sure they got a kick out of looking at it, but they didn’t actually do anything. 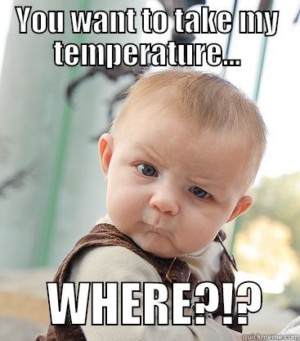