SIX OF THE BEST… things about Star Trek Beyond

As I’m sure many of you did as well, I saw Star Trek Beyond on opening night — which, for me, is still Friday, not Thursday. I enjoyed it. Here are six of the best things about the film.

Spoilers, obviously, so if you don’t want to be spoiled, don’t read this column until after you’ve seen the film. 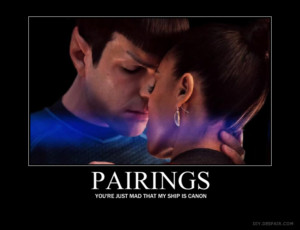 6. It repeated none of the mistakes of Into Darkness. — What are the things people complained about the most with Into Darkness?

But… The film wasn’t without its problems, and one of them was understanding Krall’s motivation, especially when his past was revealed. It didn’t make any sense to me. Also, maybe they shouldn’t have Bane’d up his voice quite as much as they did. At least Harrison/Khan had clear motivations and his voice was easy to understand. 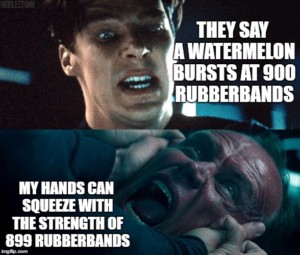 I’m sorry, but this just amused the crap out of me.

5. Everyone had something to do. — When you watch the credits of Beyond, you’ll see that the main crew is listed in alphabetical order — Pine, Quinto, and Urban are not first-billed. One of the themes of the film is that the Federation is strong because of its unity — as Martin said on The Simpsons, “individually we are weak, like a single twig. But as a bundle, we form a mighty faggot.” Scotty makes pretty much the same argument to Jaylah (the white-skinned woman). By giving everyone a more-or-less equal amount of work (until the final bit, which shorts Uhura, Sulu, and Chekov, like usual) to each of the main characters, it reinforces the idea that everyone is important to the story.

But… Like I said, the final bit shorts Uhura, Sulu, and Chekov. Especially Uhura, whose best bits are in the first and second acts; in the third she’s just the communications officer. And speaking of Chekov, I’ve always thought that Anton Yelchin seemed to be trying too hard to pull off the accent. I noticed it especially in this film. Also, and this is probably because Simon Pegg co-wrote the film, it seemed like Scotty was doing too much. 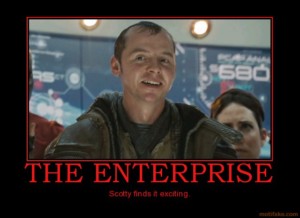 4. It clearly established that Enterprise happened. — This may not be a popular thing to say, but one of the better things about this film was that it established continuity with the pre-Kelvin days in several ways. This meant that, unfortunately, Enterprise happened, but at least it was handled well, with several good references — the shape of the crashed ship, the MACOs, mentioning the Romulan war, and so on. One problem with the previous two films is that they tried too hard to shoehorn in things from previous shows. I know there was some worry that Krall would turn out to be a Jem’Hadar. Fortunately that didn’t happen.

But… Yes, I know that in a movie you have to make things look better, but if you compare the technology of Enterprise to the technology of the crashed ship (which was supposed to be from the mid-2100s), there was an enormous jump in technology. This helped to bridge the gap between Enterprise and the Abramsverse (I refuse to call it the “Kelvin Timeline”, because that just sounds dumb), but I didn’t feel like the crashed ship could’ve been from that era. 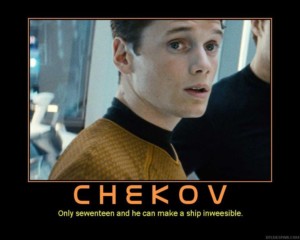 3. No more Spock-ex-machina. — I’m pretty sure they did this solely because Leonard Nimoy died between Into Darkness and Beyond, but now that he’s gone, the Abramsverse crew won’t be able to call him and ask for advice. I wonder how often that happened on other missions.

But… That picture of the original cast, taken I think either around ST5 or ST6, did help with the Spock arc, but I simply can’t see how any of the Abramsverse actors will turn into those people. Except maybe Spock. Kirk’s hair is too dark; Uhura is too short; Sulu is the wrong nationality (Takei is Japanese, Cho is Korean); and McCoy’s face is the wrong shape. Yes, okay, I understand, you have to use what you have to use, but it bothered me nonetheless. 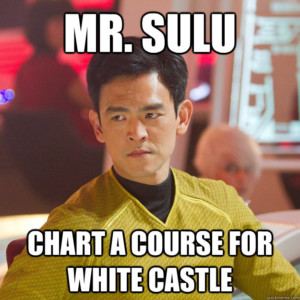 2. The humor and relationships felt more natural. — I think this is a function more of the writing than anything else. Sulu and Chekov clearly have learned to work well together; Uhura and Sulu are friends; and of course there’s the banter between Spock and McCoy, which I know a lot of TOS fans were waiting for. This was the first time Urban and Quinto have been really given lines anything like Nimoy and Kelley got to deliver, and they… well… delivered. With the exception of the opening action scene, I was pleased with most of the dialogue.

But… The dialogue between Krall and his men felt very forced. I didn’t care about their motivations in any way. And, I mean, what about Manas, Krall’s second-in-command? He was just left there on the planet. I know that Khan is still alive as well, if in stasis; is Manas just hanging out there, waiting to find out what happened to Krall? Did anyone go back there to take care of him? 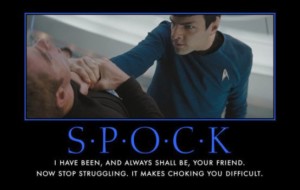 1. JJ Abrams kept his hands off. — Though he did produce the film, Beyond was directed by Justin Lin and written by Simon Pegg and Doug Jung. Even Orci and Kurtzman were barely involved. I think after the mess that was Into Darkness Abrams realized that he had to let some other people take on the franchise, lest the fans rebel even more. I know a lot of people were less than thrilled with the choice of Justin Lin as the director, but he did a fine job. Even Michael Giacchino’s score was better than the last one, with more original music — though I would like to see someone else score the next film.

But… Once again we had to deal with a Beastie Boys song. At least this time it fit into the story and was explained, and there was a great quip from Spock and McCoy on top of it. And there were a few other things that were signature Abramsverse which made my teeth hurt: the warp effect, space stuff that makes no sense (there are no rocks in a nebula), and, yes, even a few lens flares. At least Justin Lin (seems to have) put his foot down about that. Oh, and there was one badly-placed reference — the giant green hand (which at least was paid off in the credits). 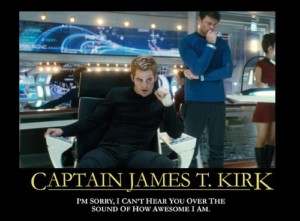 Six of the biggest problems with the film (that I haven’t already mentioned) — and there are major spoilers here:

Oh, and one more thing… what exactly were we “beyond”? The nebula? Ehh. 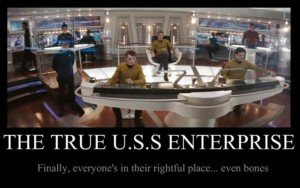