You may remember last week (part 1) when I introduced you to Mark Oshiro of Mark Reads/Watches, a man who is literally living the dream: his full-time job is watching TV and reading books, and commenting on them. I told you six of the best things about being Mark.

But there’s more than just those things. Here’s six more:

1. He’s at the point in his life and career where people know the rules. It’s almost impossible to avoid spoilers online — hell, if you only watch Game of Thrones, then you just got spoiled for part of Season Five by reading my posts about the third book over on my blog. I only have a couple hundred people who follow that blog, though; imagine how hard it must be when you have a site with thousands of readers each day, most of whom have read or seen what you’re currently watching or reading? Well, the spoiler policy for the robust comments section of Mark’s sites is very clear, and he has a cadre of moderators whose job it is to keep spoilers away from him because — let’s be honest — it’s hard to do that yourself. 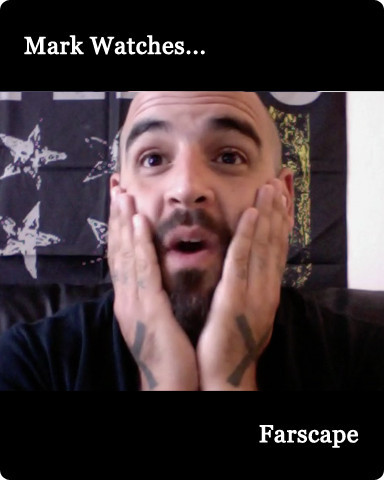 In his words: excerpted from Mark Watches Farscape

1) Please do not spoil me. Mark Watches is an experiment, one that works best if you imagine that I am John Crichton. I watch things as unspoiled as humanly possible, and I guarantee you that this experience works better if we keep it that way. […] If you are about to tell me anything about this show that is obtained from something I have not seen yet, DO NOT SAY IT. At times, this will be frustrating to you, I know, but I promise you it’ll pay off in the end. It is also entirely possible that I will interpret things wrong, fall for misdirects and red herrings, and look like… well, John Crichton. PLEASE LET IT HAPPEN. It will make the eventual moment of understanding a billion times more entertaining.

3) If you link this project to other people, WARN THEM THAT I DO NOT WANT TO BE SPOILED. I had to block four people on Twitter within five minutes of finishing this episode because of this problem. I am more than flattered when y’all want to share my writing with others, but often, new people come to my site and immediately spoil me in the comments or on Twitter. Please append your links to me with a warning not to spoil me.

4) Please read the Site Rules and listen to my moderators. […] The moderators and I are trying to make our community an exception to the rule that you shouldn’t read the comments on anything online. This means that on the surface, we are a lot more strict than you might be used to. We support having an open, international, and accessible community, so you may be warned about certain behavior. Due to the large and international angle of the comments, we ask that folks do not openly use slurs. If you are warned not to use one, please do not take it as a personal judgment on your character. We’re just trying to make sure this place is not alienating to others.

And the best part is… people follow the rules. On the internet!*

2. It was Harry Potter and Buffy that helped catapult him to relative stardom. Though I found Mark through Buffy (I’m not sure who on Twitter linked me to him, but whoever you were, thank you), and others found him through The Golden Compass or Star Trek or Discworld, it was Mark Reads Harry Potter that led to his two main sites, MarkReads.net and MarkWatches.net. Thing is, although there have been many people who analyzed Harry Potter, it’s rare to find someone that the entire potterhead gestalt latches onto. I’m sure we all dreamed of that.

In his words: how fame happened.

[After reading Twilight, I] was asked to read Harry Potter for the first time in the same format, and while that was popular on Buzznet for a few months, it was in the midst of Goblet of Fire that the larger Harry Potter fandom found me (all on the same day, too!), and I was basically an overnight success.

3. Imitators and emulators are okay with him. Mark himself admits that his idea isn’t necessarily an original one. Episode-by-episode reviews aren’t hard to find on the internet — I’ve done them; Tor.com does them; io9 does them particularly well. Each one has its positives and negatives; some are funny, some are serious, some are critical. But I’ve yet to find one that has the sheer enthusiasm and equality as Mark’s.

In his words: why doesn’t Mark read other sites like his?

Even if there were ones that were popular, I wouldn’t read them. I’d be afraid of being spoiled, and I don’t want to accidentally get some idea in my head through osmosis.

4. He’s managing a successful relationship without talking about what’s on TV. Outside of boring real-life stuff like bills and jobs, most of us talk about our favorite things to do when we unpack our day with our partner(s). But one of the easiest things to discuss is what we saw on TV or read on the internet. The thing is, Mark’s job is watching TV and reading. Mark did tell me, though, that his boyfriend has seen even fewer things than Mark himself has, prefacing it with “if it is at all believable.” Given the effort Mark expends to avoid spoilers, somehow it doesn’t surprise me that he’d end up with someone who wouldn’t be able to spoil him. 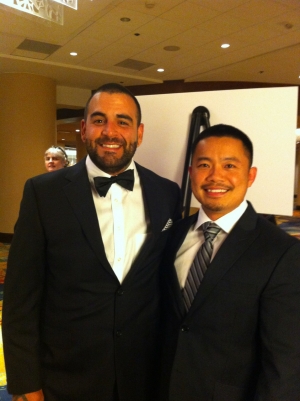 In his words: how does Mark talk about his day with his boyfriend?

While I share stories with him about my day, I largely am like OH GOD CAN WE NOT TALK ABOUT FICTIONAL CHARACTERS WHEN WE’RE SPENDING TIME WITH EACH OTHER.

5. He has a plan. Though in the past Mark has limited himself to book and television serieses** that have been finished — Star Trek, Buffy, Tortall, and so on — he’s recently undertaken two huge projects: Supernatural, about to enter its tenth season, and Discworld, which comprises more than 40 books and will continue to get new ones until the great Sir Terry Pratchett passes on. He test-drove this with Hannibal, reviewing episodes weekly, and his plan for Supernatural is to do his posts weekly once the eleventh season begins. As for Discworld, he says “I’ll do my best to fit it in my schedule.” What are the odds any of us grew up thinking that that was going to be an issue — when to fit in the next book or TV show into a schedule because people actually want to hear what we have to say about it?

In his words: what does the future hold?

This [the sites] is not my actual plan for my life. I’m going to do it as long as I can, but it’s just a gateway to me being a writer. I’m working on some fiction projects and that’s what I want to do full-time once I’m able to. The good thing is, I don’t have to stop doing Mark Reads and Mark Watches even if I do become a published author. I can still do a normal workload in two days, so I have no plans to stop it.

6. He’s completely open and honest about his life and his work. As a fan of Mark’s, when I approached him about doing these articles, he was completely cool with the idea. And, not only that, he remembered meeting me, although not exactly where — which is understandable, given that he does more and more conventions and meetups these days. One of the best things about Mark is that he not only doesn’t forget where he comes from, but he also knows how important it is to pass on positive messages in his work. 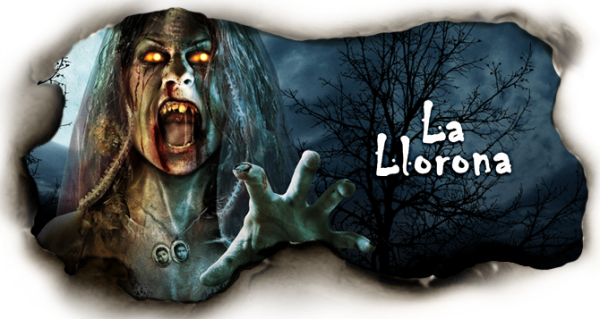 In his words: what kind of fiction is Mark currently working on?

[On long fiction] I’m working on the first novel in a YA trilogy that’s a commentary on the whiteness of the dystopian genre as well as a spy thriller set in a high school. I’d say it’s sci-fi, but doesn’t get into the more intense science stuff until the end of the first book.

[On short fiction] I’m doing a lesbian retelling of the la llorona myth, but set in mid-90s San Francisco, and it’s turning into a rejection of gentrification, too, and it’s a blast. It’s nice to know that, once I have free time, I’ll actually be able to finish it off in one sitting.

I tend to be wordy as fuck, so I do love the freedom that a novel is providing me.

I realize the last two articles may seem like I’m just saying “go to Mark’s sites!”, and that’s because I am. But, for the record, the articles were my idea, and no money exchanged hands. Sometimes, when you’re a fan of something, you just want to tell other people.

Well, now you’ve been told. I hope you enjoy looking through the door I’ve opened. And, to Mark: thank you for the opportunity to do this interview. It was a lot of fun.