I bought a house last week. Or, more accurately, I bought the right to pay the bank for a house that I will be occupying for a long time. Maybe forever. There are a lot of things I’m looking forward to once we move in. Here are six of them: 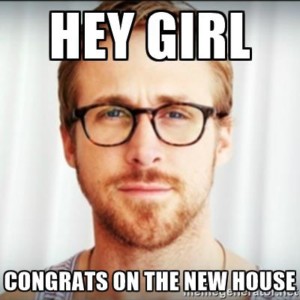 6. A place to keep all my stuff. — My current apartment is not huge. It doesn’t have big closets, and it doesn’t really have enough room for everything I own. I don’t have a crapload of things, either, and every few months my wife and I go through our stuff and downsize. It’s just never enough. I mean, we have one bookshelf (five shelves) that is nothing but games — and one shelf that is nothing but Ticket to Ride variants. I’ve gotten rid of books to make room for games, and that’s no fun either.

The house, though, comes with a bonus space on the main floor, between the living room and dining room. It’s going to be a game room. All the games are going there, as well as the piano and the few books that I still own (some Heinlein, some Doyle/Macdonald, a whole lot of Pratchett, and a few miscellaneous ones). It’ll be nice to have a place just to play games, and it’ll be equally nice not to have to share that space with the dining room. 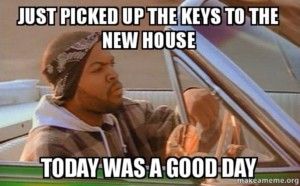 5. A kitchen I can move around in. — I wouldn’t call myself a cooking nerd, per se, but I do like to cook. I do most of the cooking and meal prep right now, but I do it in a kitchen that is smaller than the bathroom I had in my parents’ house when I was growing up. There’s barely any counter space, barely any cabinet space, and no pantry.

When we were looking at houses, the kitchens were the first thing I checked. This one doesn’t have the biggest kitchen I’ve been in, but it has plenty of counter space and plenty of cabinets. There’s also a pantry, if we choose to use it as such (the previous owners used it to hold their trash can, but the shelves are still there and can be re-added). And the laundry room isn’t in the kitchen, so no one will be carrying clothes back and forth while I’m trying to cook things. 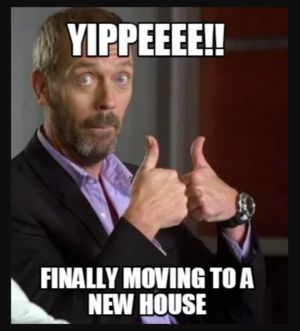 4. Space to entertain. — My wife’s bridal shower was held in our old apartment, which was bigger than the one we currently live in but still not really built to hold 15 people. Everyone managed to cram in, sure, but it was a tight fit and there wasn’t anywhere for everyone to go.

Now, though, not only will we have a place to game and a big enough kitchen to make food in, but we’ll have four separate rooms on the main floor for people to hang out in if we want to have a lot of people over (like, for a gaming party). Plus there’s a real backyard with a deck, and if we need everyone in the same room (or want to play a dancing game on Kinect) we can easily push back the couch in the living room to get more floor space. Not every house we looked at had that kind of space (a lot of them had a front room and a family room in back) but the one we bought definitely does. 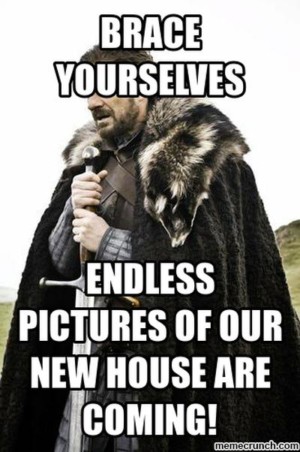 3. Neighbors a reasonable distance away. — Our neighborhood doesn’t have enormous spaces between each house — it’s maybe a little wider than what I grew up with — but we’re not attached to anyone. Apartment living can be hellish if you like the quiet; in our current apartment, the upstairs neighbors are loud and they have a child who must be made of lead, not flesh, because every time she runs across their house all of our stuff shakes. Oh, and she’s loudest right when it’s time for our kid to go to bed. I can forgive that, though, because at our last place the next-door neighbors played their music at full blast almost all the time — especially in the middle of the night — and the complex refused to do anything about it.

Fortunately, neither of those things — nor the smell of smoke we dealt with for a month when we first moved in — will be a problem. And if we want to be loud, we can do that; I can foresee no scenario where we would be loud enough for someone to complain. I’m not really a console or PC gamer, but if I wanted to be, I could turn the TV or the speakers up to full strength and no one would say anything. 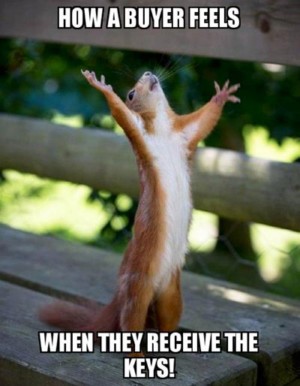 2. I can upgrade whenever I like. — Realistically speaking, the only upgrades you can do to an apartment are to add rugs, hang things on the walls, and get new furniture. You’re stuck with the appliances, the paint colors (usually white or off-white), the flooring, and the configuration. There are a few things you can do, but it’s not much.

But with a house that you own? Well, the sky — and your budget — are the limit. You can replace the appliances, the fixtures, the flooring, the walls, and anything else on your property. You can even reconfigure rooms — as it turns out, the third bedroom of our new house used to be a loft until they turned it into a room with a wall, a door, and a closet. My old boss Mike, from back in the 1990s, knocked out the wall between the two smaller bedrooms in his house and made one large one for himself and his wife, and then used the master as a media room. My parents took out half of the wall between the kitchen and the old family room. Hell, my grandparents used to remodel every house they bought before they moved in; in the second-to-last one they owned, they moved the entry ten feet to the left and turned what I believe was the original family room into a large kitchen. It’s your property; do what you want with it. 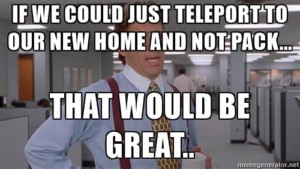 1. Consistency. — I like a nice surprise… when I’m playing a game and someone does something new or cool. I do not like surprises when it comes to paying bills. Apartments are the epitome of inconsistency in that regard. They’re often raising rents, and many of them have variable charges for water and sewer services (though if you shop around you can find ones that are flat-rated — one of the best things about the place where I live right now). You never know if they’re going to raise the rent out of your range, either for the hell of it or because they want to remodel. You never know how much water your neighbors are going to use. You never know if the complex is going to take the pool right outside your front door, fill it in, and turn it into a barbecue area (this happened to me once and I’m very bitter about it; one benefit of where I used to live was having two pools). And unless you have an assigned spot, you’ll always be parking somewhere different.

I know that, when you own your own home, your utility bills vary from month to month. But you are the only one responsible for those changes. The same goes with your mortgage payment; it varies slightly, but you’re never going to get hit with a $100 increase out of the blue just because some other company bought your mortgage — when you buy, you specifically sign a document that guarantees your payments won’t change when that happens. And if certain utilities get too high, you can shop around — swap your cable for satellite or fiber; get a different gas company; change your trash service (if it’s privatized; if it’s city- or county-run, you don’t get a choice). You could even put solar panels on your roof and cut back on your energy costs. But whatever you choose to do, you are in control and you are the one who guarantees consistency. It’s a lot of responsibility to have, but it’s worth it. 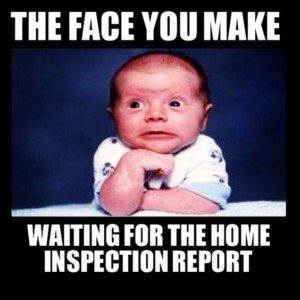 You may remember, about a year ago, that I wrote a column listing six of the best questions nerds should ask when buying a home. You can bet I did: 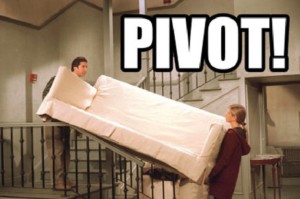