When I was a kid, my family would regularly take four-hour drives from our home in south Florida up to Orlando to visit Disney. Then, when I went to college in Orlando, it was about that long to get to and from home for visits. In fact, until I was in my twenties, my longest car trip was seven hours (Orlando to Atlanta). And I consider myself lucky that my longest single-session car ride was only eleven hours (Atlanta to southern Florida).

As I got older (and became a parent), I realized that just bringing a bunch of CDs and tapes wouldn’t be enough for most long car trips. Sometimes, with nothing but the open road ahead and behind you, you need a little more. So here are six of the best things to bring on a long car trip.

A quick caveat: this only applies if you aren’t bringing kids. With kids, the list is completely different. 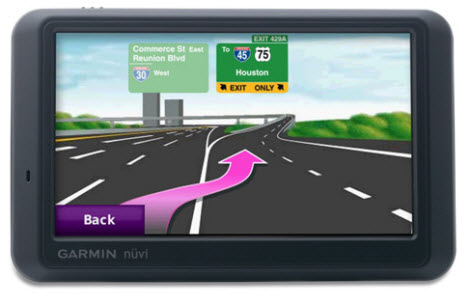 6. Your phone. Somehow Garmin and their competitors remain in business by putting out single-purpose devices — large-screen GPS receiver, in point of fact. And they do a wonderful job with them, don’t get me wrong; I’ve never gotten lost using a Garmin. But I also have a phone that has a 5.5-inch screen, and it’s quite easy to see where I’m going using any number of native or third-party mapping applications. (Since it’s not an iPhone, I don’t have to worry about Apple Maps, either.) My phone makes a very good GPS receiver.

5. Your phone. In 2003, I got a new SUV to replace my old, ailing model. I immediately burned about 40 CDs with all the MP3s that I used to have on tape. It was awesome. But I rather quickly discovered that, with a little work, I could play MP3s on my car’s stereo system. Nowadays, most cars have an aux audio input. I just have to load up my phone with music and podcasts, or tap on over to Pandora or Spotify, and I’m set for hours.

4. Your phone. In 2003, I drove a rental car from Orlando to Atlanta, and just for variety’s sake I took I-95 and I-16 instead of the Turnpike and I-75. At the time I had a Nokia 3360 that just barely managed to do text messaging, and I had no idea how to find the nearest gas station on I-16. All I knew was that, growing up in Florida, nearly every exit had a gas station within a mile in either direction. Apparently that was not the case on I-16, and I almost ran out of gas before finding one… one exit west of where I’d gotten off in the first place. Had it been 2013, I would have used my phone to search for a gas station and made it there half an hour sooner. 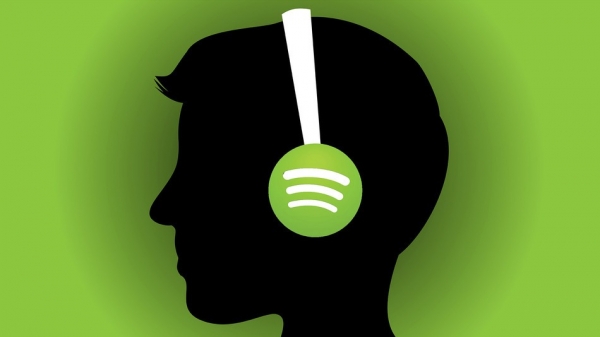 3. Your phone. Traffic happens. There’s road construction everywhere; speed traps abound; one of my friends makes a regular trip through South Carolina on I-85 and she constantly runs into delays from car accidents. You can use your phone to sign up for traffic alerts, find alternate routes, or even just call your friends and family and say “I’m stuck in traffic and I’m going to be half an hour late.”

2. Your phone. Often on long car trips you just want to get where you’re going, but let’s be honest: after three hours in the car, do you really want to fold yourself back in and get right back on the road? Of course not! You want to walk around a bit, stretch your legs, maybe stop for a meal. And you want to keep up with what’s going on around you. The days of spotty 3G/4G coverage are over, and most plans include free roaming on other data networks. If you’re the driver, you haven’t had time to keep up with Twitter, Facebook, your text messages, your news feeds, your Words With Friends games, and your Candy Crush requests. You’re going to need your phone when you sit down at that little diner and eat something that’ll have you in a gas station bathroom half an hour down the road, and if you’re unlucky you’re going to need it while you’re in the bathroom, too, to distract yourself from the condition of the facilities. 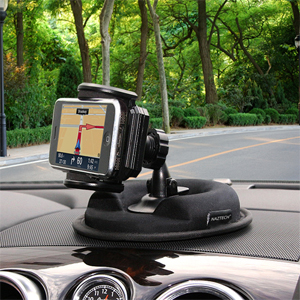 1. A dashboard or windshield cell phone mount. In addition to using your phone for items 3, 4, 5, and 6, you may also (like me) have a phone with reliable voice-to-text capability. You’ll want to reply to messages on the go, or text your friends, or reroute yourself, or find a Dunkin Donuts. Rather than looking down (away from the road), a good mount will be a lifesaver. They’re usually under $20 on Amazon, or you can go to an actual store and spend a lot more. Your choice.

Some people just bring their phone on long car trips. Other people modify their entire dashboard/center console to support a tablet. I’d love to do that, and probably would if I had an older car (I have a 2007 Prius and it already has a fairly advanced computer system built into it), but I’m not that technical. Not really. However, if you’re interested, here’s a guy who made it happen.