SIX OF THE BEST… streaming originals I watched this year

With the advent of streaming services, and the increasing budgets that are going toward original content for them, I’ve found myself watching more and more shows that just don’t exist on traditional TV. Usually because there’s too much swearing and violence, but there are other reasons.

So, with that in mind, and in no particular order, here are six of the best streaming originals I watched this year. There may be some spoilers but I’ll try to avoid anything the spoils the ending of a season, series, or movie. 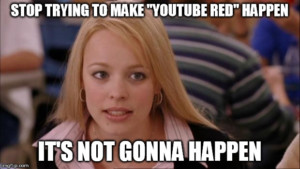 6. Futureman (Hulu)– I just finished this one at the end of November. It’s a one-season sci-fi time-travel series that starts off fairly straight (humor-wise) and gets more progressively messed-up the farther (further?) you go. There are dance-offs, full-frontal-male-nudity fights, the grandfather paradox, and Peeta from The Hunger Games as the star (and one of the producers). If you like pop-culture references, homages to your favorite cult films and shows, ridiculous situations, callbacks to previous jokes, and gross-out comedy, this show is for you. I didn’t know what to expect when I started it, but I was pleasantly surprised at how much I liked it. Plus, there’s a sequel hook, just in case.

My favorite part was when: There were so, so many great moments, but I think it’s when Wolf effortlessly integrated himself into the 1980s and became super-popular. 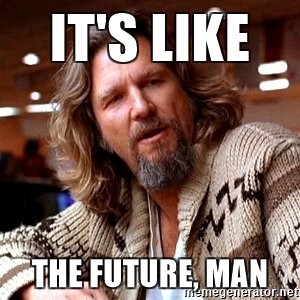 The Dude is not in Futureman

5. Bojack Horseman (Netflix) — Season four aired last September, and just like all the seasons before it, it was brilliant. Bojack is a completely-flawed character suffering from depression and alcoholism, and he just has no fucks to give… but he really wants to. Every character is well-realized with real problems, and although almost no one ever gets a happy ending on the show, you don’t get mad about it because the writing is just so good.

My favorite part was when: The whole “Thoughts and Prayers” episode. I wrote a 1000-word flash piece (which was just picked up by The Arcanist for publication in January) about the same topic, but the writing team at Bojack Horseman did it so sarcastically and sardonically and yet with such a critical eye at celebrity gun apology culture that I wanted to stand up and applaud. 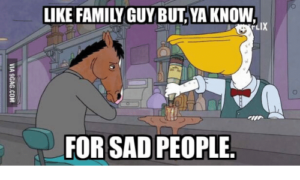 4. The Tick (Amazon) — The Tick is a hard show to do really well. On the surface it’s your standard superhero adventure, but there’s a lot of humor, ridiculousness, and one-liner-ing that has to come along with it. Amazon went the route of making this more Arthur’s story than the Tick’s, and while I didn’t love all of it, I think the origin story really works — especially with Arthur’s suit. I loved Patrick Warburton’s version of the Tick when it was on Fox, but as a more serious version (without being gritty and dark) this works too, and Peter Serafinowicz did a great job with the material. Warburton was born to play the Tick and characters like him, but Serafinowicz is no slouch.

My favorite part was when: For the first couple of episodes, you’re never quite sure if the Tick is real, or just a part of Arthur’s imagination. But that moment when Dot sees the Tick and Arthur is validated is totally worth it. 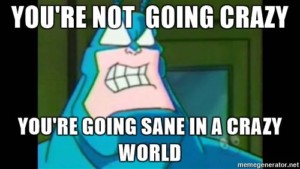 3. Star Trek Continues (YouTube/Vimeo) — Star Trek Continues has been running since 2013, and it came to a close this year with a two-part finale that did some good work in tying together the end of the five-year mission with the time before The Motion Picture. The show really did justice to the original Star Trek, although I will say that sometimes the episodes weren’t as enjoyable or didn’t end as well as I would have liked. Star Trek Phase II (the one run by James Cawley) I think had better scripts, but Continues was the better-made (and better-publicized) show.

My favorite part was when: Honestly, the denouement was really well-done. As Scotty said in Generations, it “brought a tear t’ me eye.” And finally seeing Admiral Nogura was cool too. 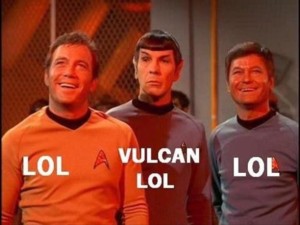 2. Glow (Netflix) — I remember watching GLOW when I was a kid, and I did write a whole column about this show when it came out. It was a stylized version of the actual GLOW — sort of an “inspired by” rather than an actual historical dramatization — but as a fan of 80s-period media and old-school pro wrestling I found myself enjoying this show even more than I thought I would. The acting, even in the small parts, is great all-around. I was left wanting more — especially more Sheila the She-Wolf. I want to know why she is how she is. She’s not my favorite character (that goes to Carmen/Machu Picchu), but she’s probably the most interesting one. And way less annoying than Ruth Wilder (the main protagonist).

My favorite part was when: I can’t get over how maturely and carefully the show handled the abortion storyline. It didn’t shy away from anything, and it didn’t try to make light of it or overdo it. Abortion is rarely handled that well in media.

1. Carmilla (YouTube/Fullscreen)– Carmilla was completely different from anything else I watched this year. It’s a series of vlogs, three to seven minutes in length, that add up to about a film’s worth of content. Basically it’s about a girl at an eastern European university whose roommate is abducted by what she thinks is a vampire. But it goes so much deeper than that — there’s ancient Babylonian gods, bros, a super tall TA-turned-warrior, Enrico effing Colantoni… and each season takes place pretty much in one room. It had a huge cult following, enough to justify the creation of a movie (which wasn’t as enjoyable as the show, but was still decent), and on top of that it’s based on a novella written and published in the late 1800s. And if you can get a story of lesbian vampires published in the late 1800s (oh yeah, Carmilla and our other main character, Laura, are both gay), it’s probably worth revisiting. Oh yeah, and each episode is pretty much one long take, or a series of long takes — no quick cuts to cover for line flubs. If they messed up a scene, they had to do it all again.

My favorite part was when: It had to be when Laura’s dad showed up and was, as I said, Enrico Colantoni, well-known Canadian actor, playing his basic “concerned dad” role that we saw in Veronica Mars — and even though it’s not a very nuanced character, Colantoni is so good that your heart breaks for him when he… well… I don’t want there to be too many spoilers. (I also really liked LaFontaine’s entire character arc.) 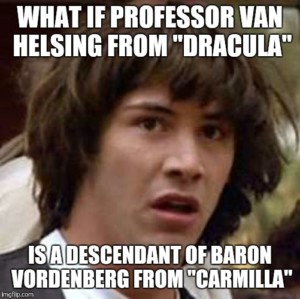 Yes, of course I watched Stranger Things. But I left it off for two reasons. First, because we all know it was great; second, because no one really needs yet another take on it.

Instead I want to throw in a show I watched in about three days: Ryan Hansen Solves Crimes on Television, on YouTube Red (which comes with my Google Play Music subscription; I don’t actually pay for it on its own). Ryan Hansen, probably best known as Dick on Veronica Mars, plays a stylized version of himself, joining up with Poussey from Orange is the New Black in an “angry cop” role to solve crimes in Los Angeles. It was very funny, had a ton of good celebrity cameos, and was super self-referential, which is a type of humor I always enjoy. And it’s only eight half-hour episodes; you can watch it in an afternoon.

One of the things I like about streaming services is that creators who might not otherwise be able to get their passion projects made — I mean, what channel could possibly run Futureman or Ryan Hansen or half the other shows out there? Okja was too weird to be in theaters; The Man in the High Castle is too slow; the Marvel Netflix shows are too violent (and would lose a lot if they didn’t have it). The more places there are to get things, the more things there will be that are of value. There’ll be a lot of crap, too, but when you find a gem, that makes it all worthwhile.

And hey, maybe Netflix or Hulu or Amazon or YouTube Red will option one of my stories or books. Couldn’t hurt to hope, right? 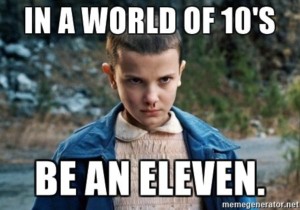