SIX OF THE BEST… sequels coming to theaters in 2017

I feel like I could make this column a yearly thing and just increment the year. And maybe I will. But for right now, since I’ve already written two columns this month about movies, I might as well do another, right?

So here’s six of the best sequels coming to theaters in 2017… according to me. And what’s interesting is that, of all the sequels lists I found online, there were only six that I’m psyched to see — psyched enough that I made up plot summaries for them which are probably inaccurate at best. 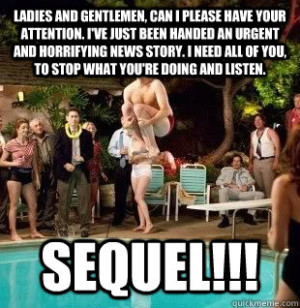 6. Justice League — Batfleck gets Cyborg, Flash, Wonder Woman, and Khal Drogo together to fight some sort of evil guy. Superman probably shows up at some point.

Why should you care? I suppose this is my own fault for having to see what comes next. I didn’t really like the first three Snyderverse DC movies, but I trust Ben Affleck to hopefully undo some of the damage. Besides, if Snyder trusts him enough to let him write and direct his own Batman film, I’m pretty sure that he’ll be okay in Justice League. He was the second-best part of Dawn of Justice, after all.

5. Thor: Ragnarok — Thor, Hulk, and possibly Dr. Strange team up to stop Loki, who, not content with impersonating Odin and ruling Asgard, comes back to Earth for some stupid reason.

Why should you care? More so than any of the stand-alone Marvel films, the Thor series’s fish-out-of-water motif for the main character just works, and Chris Hemsworth looks like he’s having such a good time in those scenes that you can’t not enjoy them. Plus, Hulk is back, and for some reason everyone cares about Ruffalo Hulk more than any other Hulk. If only they could completely phase out Natalie Portman, who is by far the least interesting character in the series. 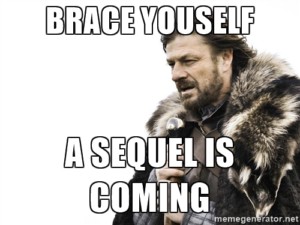 4. Logan — Logan and Picard are old. There’s a kid and some desert scenes. Logan gets to swear.

Why should you care? Say what you will about the first two Wolverine solo movies, but they couldn’t completely suppress Hugh Jackman’s acting talent and commitment to the role. In my mind, he is Wolverine. Add the great Patrick Stewart in his final turn as Professor X and you’ve got me hooked. And it’ll be nice to see Logan’s claws actually do some real damage, instead of just bloodless faux-carnage. 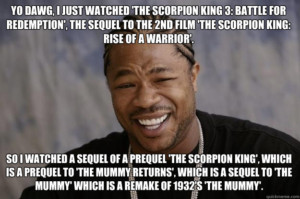 3. Kingsman: The Golden Circle — Eggsy tears himself away from the Swedish princess’s butt long enough to join up with Mark Strong and whatshername to save the world again.

Why should you care? The first Kingsman was surprisingly good. I loved the soundtrack, the humor, the self-referential genre awareness, and the fact that now we have to deal with a world where most of the leaders were killed by the last film’s bad guy. I can only imagine how that’s going to go down. 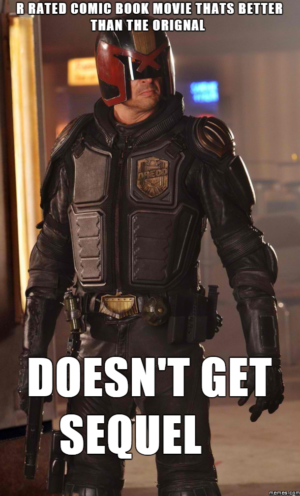 2. Star Wars VIII — In a complete lack of twist that that everyone and their mother should see coming, Rey will have to convince Luke to train her while Finn and Poe seek out Kylo Ren and General Hux. I bet Lando will show up, too.

Why should you care? I really liked The Force Awakens; I thought it was a great quasi-reboot of the Star Wars saga. With the addition of Rogue One, I’m pretty sure the universe is in good hands. I guess we’ll know for sure if Rey is a Skywalker if her hand gets cut off at some point… or maybe they’ll flip the script and go for a foot. 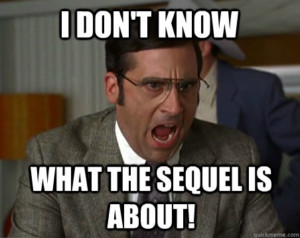 1. Guardians of the Galaxy, Volume 2 — Baby Groot presses the button. Drax’s lack of social understanding continues to be hilarious. No one will care about the will-they-won’t-they between Marvel Chris #3 and The Only Black Woman In Sci-Fi Anymore. The film will heavily set up Infinity War and that will be its downfall.

Why should you care? Somehow Marvel managed to take a relatively-unknown ensemble property and make a massively-entertaining film out of it. I have two worries about the movie, though: first, it will spend so much time setting up Infinity War that its actual plot will suffer, and second, how do you live up to the first one when the first one was so great? 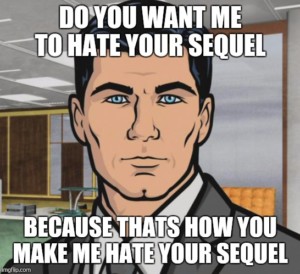 Just for fun, here are the six sequels I care least about coming in 2017: 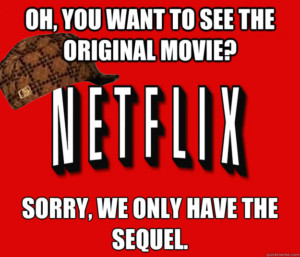