SIX OF THE BEST… rules for naming your characters

With NaNoWriMo just around the corner, I’m sure many of the writers in the crowd are working up their outlines and prepping for the marathon task of writing at least 1667 words per day through the entire month of November. Most of them — including me, back in 2013, when I gave it a shot — will have to name their characters.

That’s what I’m here to talk about today. Because if there’s one thing that turns me off when I’m looking at a book and deciding whether or not to read it, it’s crazypants character names on the back cover.

With that said, here are six of the best rules for naming your characters. 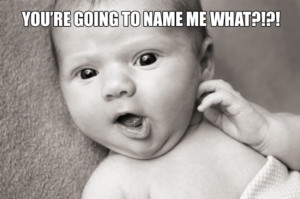 6. Go with names people can pronounce. — People give Twilight a lot of shit — a lot of it well-deserved — for a lot of different reasons. But despite what you think of it, it’s a book that has made the author a lot of money. Now, think about the names of her three main characters: Edward, Bella, and Jacob. Bella is a little out there, but not too much; I have friends who’ve named their kids Bella. Edward and Jacob are simple, straightforward names. Even their last names are simple: Cullen and Black, respectively. They’re easy to say, easy to remember, and easy to put on t-shirts.

I know that in some books it’s necessary to use more complex names, depending upon the culture you’re writing about (or creating). But even then, consider your readership and make sure your use of complex names comes off as natural, not “oh ha ha the author is trying to identify with me.” This is especially relevant if you’re writing characters who don’t share the same race or background as yourself. 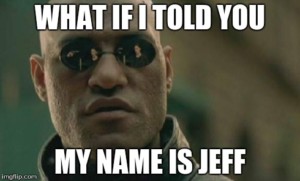 5. Even in sci-fi and fantasy, be reasonable. — Rogue One was the top-grossing movie in 2016. The main characters were Jyn Erso, Cassian Andor, K-2SO, Chirrut Imwe, Baze Malbus, Orson Krennic, and Bodhi Rook. Looking at those names, there’s really only one that’s “out there” — Chirrut Imwe, the quasi-Jedi played by Donnie Yen. But all of the names are reasonably easy to say, spell, remember, and refer to. The same thing happened in the original Star Wars — Luke, Han, Leia, Ben, and Darth Vader. If you have to use names in a made-up language (technically Galactic Basic Standard is what they speak in that universe) make them easy to say.

Now, I’ll admit that sometimes you do need a more complex name, but even then, don’t overdo it. In Captain America: Civil War, every main character except Black Widow, Black Panther, Scarlet Witch, and Crossbones have straightforward, simple-to-remember names. And even those four aren’t so far out there that they’re not memorable. (Except Crossbones, because he wasn’t even in the movie very long and I didn’t remember his real name.) 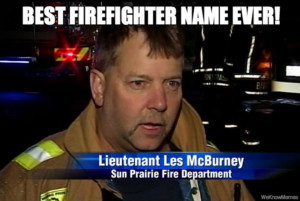 4. Back off on the unique spellings. — There are many, many ways to spell some names. Let’s take Kathryn, or Katherine, or Catherine — which could become Kathi, Kate, Cathy, Kathy, Cate, Katie, Catie, Katy, Kat, or Kat. That’s plenty right there. You don’t have to add extra, unnecessary letters, as with Katherynne. Take that as an example.

I checked out Parenting.com; here are a few unnecessarily unusual spellings that you should not need to use for your characters: Alexzandre (Alexander), Dafydd (David, unless your character is Welsh), Jayceson (Jason), Maddisyn (Madison), and Jovanny (Giovanni). Usually characters who are the “human that the fantastical creature falls in love with” get names like this to show that they’re special in some way. Instead it just makes your character come across as ridiculous. That is, unless the character is hanging a lampshade on the trope and hating that their parents named them something like that. 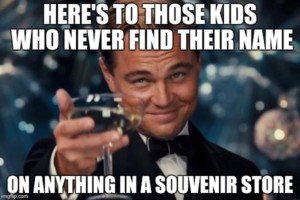 3. Avoid the punctuation shaker. — TVTropes has a nice little write-up on the punctuation shaker, which is when writers drop apostrophes into names willy-nilly. I admit to having done this with one of the alien races in my Kage Gray series of short-stories, but for this race I’m at least consistent — each character has five syllables in his or her name, separated by an apostrophe which, in this race’s language, signifies the beginning of a new sound group. Sort of like how in German parts of words are sewn together to create new words.

Grammar Girl has a nice article about this as well, if you’d like to learn more. But if you don’t want to read, just remember this: one apostrophe, occasionally, is okay, especially if it’s a real name like O’Brien or L’Amour; more than one per name will just make the name look silly. 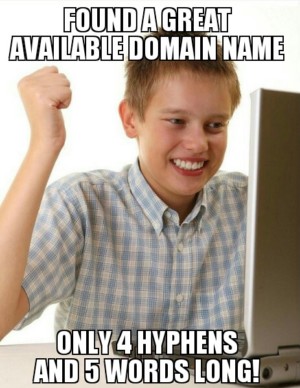 2. Shorter is better. — How many characters in Star Wars have first names with more than two syllables each? Let’s see: Luke, Leia, Han, Lando, Chewie*, Darth, Mon, Owen, Beru, Ben, Yoda, Boba, Jabba, and so on. And in Star Trek: James, Spock, Leonard, Christine, Scotty (yes, I know, Montgomery, but he never uses his first name), Sulu (his first name is Hikaru but it didn’t exist in the original series), Pavel, and Uhura (again, I don’t think Nyota was used in the series). Even some of the interchangeable characters had simple names — Lt. Palmer, Mr. Leslie, Mr. Bailey, and Kevin Riley, to name a few. Shorter names are easier to remember.

And please, for the love of all that’s holy, don’t give your character a name like Ebony Dark’ness Dementia Raven Way. Learn from My Immortal. 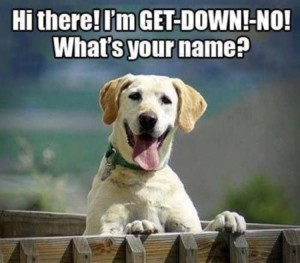 1. Your character’s first name is vital. Get it right. — This is my biggest pet peeve when it comes to names. I swear every other book I look at has some sort of uniquely-spelled or unique-sounding first or last name on the cover copy. For example: “Ashleigh Saunders thought she was just a small town girl living in a lonely world, until Jayden Dempsey entered her life.” Now, Ashleigh on its own isn’t too bad, but adding Jayden? It just sounds twee, especially when both are on the same page during the inevitable “break up because people in books don’t talk to each other” scene. Think not only about how your character’s name works on its own, but how it’s going to interact with all the others.

Let’s look at the book I have coming out next month. There are five main speaking parts: 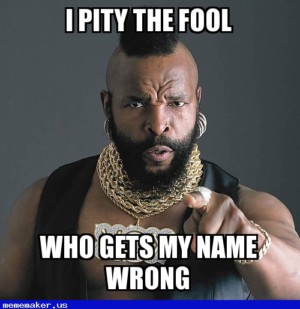 There are always, always exceptions. Take, for example, one of my favorite books of all time, Souls in the Great Machine by Sean McMullen. It takes place on Earth in the 3700s or so, in Australia. I haven’t met a ton of Australians, but I’m pretty sure that, outside of John Glasken, most of their names aren’t what I recommended in this article. The other main characters are Zarvora Cybeline, Lemorel, Theresla, Ilyire, and Dolorian.

But the thing about it is: if you’re going to introduce characters with difficult names, you can’t dump them all on us at once, and McMullen doesn’t. Take a lesson from him and make sure that, if you have to have nonconventional or strangely-spelled or super-long names, that you don’t start out like Dostoyevsky:

Be careful, is what I’m saying. Names have power, and if you choose the wrong name, or the wrong style of name, you could ruin your readers’ (or potential readers’) perception of your book. Get them past the first page, and then drop the crazy names on them. 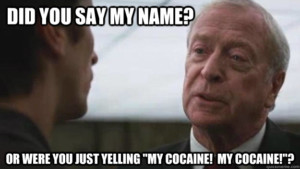 Memories of My Father by Josh Roseman is the story of a girl trying to figure out why her dad’s losing his memory — but the horrible secret causing it leaves her only one way to save him: to forget everything she knows. Sabrina Peña Young, author of Libertaria: Genesis, says: “Like the best science fiction, the emphasis is less on the technology that makes time travel possible and more on the believably complex and heart-wrenching situations that make the human experience so uniquely tragic.” And if that doesn’t make you want to read it, then what more can I tell you? Get your copy today!

* By the way, given how Chewbacca’s voice usually sounds, can you imagine him actually saying his name? He never makes the “ch” sound, or the “k” sound represented by the two c’s. Explain that one.