SIX OF THE BEST… reasons to outline your novel

I recently started writing a new book, and in preparation for it, I wrote an outline. Some writers do this; some don’t. Some only do it for books; some do it for everything. It really depends.

In my case, what I tend to do is write 2000 to 10,000 words, so that I can get a feel for the story, and then go back and outline those parts before moving on. This is how I completed After the Apocalpyse (a novel where I’m very close to just saying “screw it” and self-publishing it, before the jokes and technological references get too dated). It’s also how I finished most of my fan fiction over the past five years. So, I mean, they do help.

I’ve learned over the years that there are countless benefits to writing outlines. Here are six of the best of them. 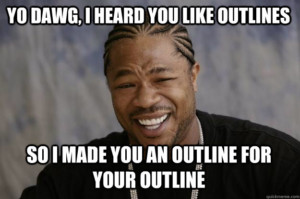 6. Books are long. — A book isn’t considered a book until it gets to around 60,000 words (unless you’re writing for kids, in which case the rules are different). The first book I ever completed was just a little longer than that, even after I padded out the ending with the main character’s origin story as a little bonus piece. I didn’t outline that book at all; I just had a vague idea where it was going to go and what was going to be involved.

Had I outlined the book, I would’ve at least had a roadmap of sorts. I did know from the beginning how I wanted the climax to go — with the female lead shooting the main villain in the head — but there was a lot of meandering to get there, including a pretty pointless “action-adventure” trip to Indiana (the book took place in Florida), to ostensibly pick up some secret material or somesuch. I don’t know anymore; it’s been a long time since I read that one (because it sucked so bad). 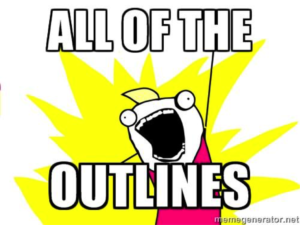 5. Maps keep you on track. — Last year I found two novels on my flashdrive (RIP DooFlash-15*), both of which are 80,000 words or so in, both of which are incomplete. The first one was a MG/YA novel about a girl who finds a magic book in a grandfather clock, changes the fabric of the universe (by accident), and has to learn how to use magic so she can get home. I got as far as “Danica meets the Wise Old Man Character” and then stopped, because I didn’t know what was going to happen next.

This book started writing itself more than ten years ago, but it petered out because, as I said, I had no idea where I was going. I could tell that was the case, though, even as I got through the last 10,000 words while I was rereading it. There were more tropes, more cliches, and more things that the main character didn’t understand which were hand-waved away. Even the writing started to seem stilted, as if I was trying to figure out what was going on. I had set up the journey, but I had no map, and to this day that story remains lost in the desert. 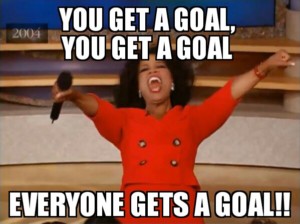 4. Endings are visible. — The other book mentioned in point 5 actually does have an outline, and I happen to think it’s a good one. The problem is this: I didn’t write the outline until I got to the second-to-last completed chapter. That was the point where my characters had formed the adventuring party and departed the main town to escape the villain. When I got there, I realized I didn’t know what I wanted to happen next, so I stopped writing the book and started writing the outline.

The outline for this particular book is about ten pages long, and I pretty much wrote the entire climactic scene, sans dialogue. I know it’s going to take me at least 100,000 more words to get there (this is a high fantasy novel), but at least I know how it ends… and how much I’m going to love seeing it written out in its entirety once I get there. Someday. Maybe. 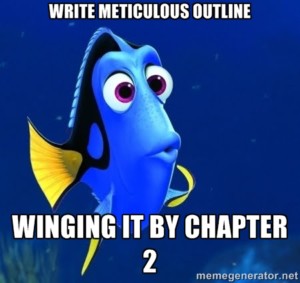 3. There’s no format. — I’m sure in school you learned to write an outline with Roman numerals, capital letters, regular numbers, lowercase letters, and lowercase Roman numerals. I still use that format today when writing step-by-step documentation at work — but I never used it in school; in that case, I just tabbed, either when writing by hand or typing the outline out. However, that kind of outline isn’t always the best type for fiction writers.

Which is why it’s great that, as a writer, you can use whatever outline style you like. For my novels, I outline in paragraphs — usually one five-to-twenty-line paragraph per chapter. I have, in the past, outlined with Roman numerals (back when I thought I could write a Star Trek tie-in novel; silly little 12-year-old me). I know one writer who uses the tree format. Others, like Laurell K. Hamilton, put the contents of the book on the wall, written on sticky notes**. And, if you really want to get technical, software like Scrivener is extremely popular. I personally don’t use it (I prefer Google Docs), but I can see its benefit. 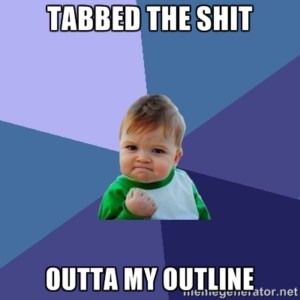 2. You are here. — In my paragraph outline style, I have a very simple way of knowing where I left off: as I write a plot point and come to the end of a scene, I highlight that part of the outline in purple. It’s quite easy to find my place that way, because I don’t even have to read. I just scroll until I get there. Now, admittedly, when I’m at the beginning of a story, and I have a dozen or more pages to go, it can seem daunting, but just remember how one eats an elephant***.

You don’t have to mark off your outline like I do, but it helps to see tangible progress on your master document. Trust me. 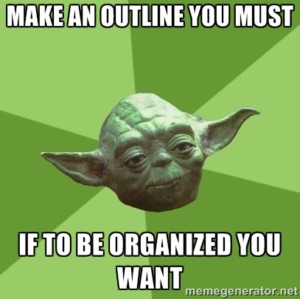 1. It’s not set in stone. — While writing an outline can keep you on track, help you determine major scenes and signposts in your story, and even assist you in breaking up your sections into manageable chunks, ultimately it’s just a map. Have you looked at a map lately? No, of course you haven’t; your phone has a GPS on it. But pull up a map and see if you can count how many different ways you can get from New York to Los Angeles. Maybe you go across the country diagonally, including I-44. Maybe you head down to Atlanta and then west on I-10. Maybe you hit Chicago and Denver. Or maybe you decide when you get to Pittsburgh that where you really wanted to go was Canada. The point is, you’ll still get where you’re going, eventually.

Realistically, that doesn’t happen too often. When you write an outline, you tend to stick with it. But you might change the order of things, or decide that a subplot needs to go, or add in something you forgot along the way. You can change your outline — annotate your map, to continue the metaphor — as often as you like. You can even scrap it and go back to the start. But just having it is comforting, and although I used to hate the very idea of outlining, I now appreciate it and use it whenever I can. 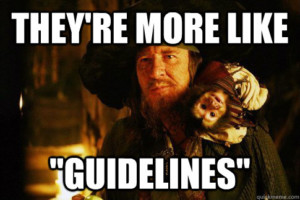 One thing I enjoy about my outlines is finding places where I write little jokes to myself. Because if you can’t amuse yourself, then what’s the point?

Here’s some fun bits from my recent outlines, for your enjoyment.

Guy somehow obtains a clone of himself, with all his knowledge and experience, from the moment he’s cloned. I don’t know how this happens.

M & S are like WTF GUYS, and C tries to reassure them. The main question is HOW DID WE GET HERE, followed by WHERE THE HELL ARE WE and HOW DO WE UNDERSTAND YOU?

S is like “let it happen, man”, and M is like “THIS IS A BAD IDEA SUZANNE”. S is like, let’s just eat and deal with this tomorrow, and they go toward the dining hall.

Mike is like THIS IS NOT A STORY YOU BUTTHEADS.

Rora decides the best way to win is to take an army back to the island where Evil Hogwarts is. Forn disagrees with this plan, but he’s too tired to formulate much of an argument other than “this is dumb”.

Blah, blah, Black Swan is ordered to bring some of their telepaths to Bidivar, to get the truth about what’s going on down there.

Everyone knows she’s gay already, and it’s funny to Chris that someone was hitting on her during a business event.

Chris is very matter-of-fact about it — she has to do what she has to do, and if things do get changed back, he’ll never know. In the meantime, he wants to have as much time with her as he can. This touches her heart and they have sexytimes.

She looks around, sees everything quiet, and nods, once. “It worked,” she whispers. Then she tucks her hair back in place and strides off purposefully toward the hangar. She has a world to save, and she’s not going to do it here.

The Military Police are coming for Graham, because he’s escaped custody and put this together to save himself. Somehow I have to make that make sense.

Make up something here to get us through all the other stuff H is doing.

This is NOT going to lead to slash.

See if you can guess which of those are fanfic and which aren’t. Here’s a hint: six are, seven aren’t. 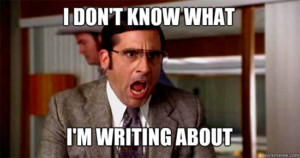 * It got lost, and hadn’t been backed up in over a year. I was able to retrieve most of my files from the backups, and the rest of them from various submissions and my Google drive, but I’ll never know if there was something on there that I just forgot existed.

** This may be apocryphal. I remember her saying this once, either on her blog or on Twitter, but we all know how great my memory isn’t.

*** One bite at a time, the same as anything else.