My family has to move in a couple of months — our lease is up, and the rent is going skyward because the complex is renovating empty units. That leaves us paying the renovation rate, not a more reasonable rate. We’ve already found a new place to live, but earlier this year, when we realized this move was on the horizon, we started thinking about buying a house, instead of renting.

Nerds have a very specific subset of needs when it comes to buying a home. Let’s talk about six of the best questions that you need to ask when it’s time to do that.

Oh, and by the way — none of this is about finance or maintenance. It’s all cosmetic, all things that an inspector wouldn’t look at because they’re not “important”.

But I guarantee they’ll be important to you. 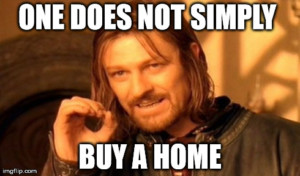 6. Do I get cell phone reception? — In this day and age, more and more of us — nerds and non-nerds alike — are cutting the cord to the phone company. We have our phones with us 24/7, so what’s the point of paying the phone company an extra $40 or so per month just to have a phone we can’t use anywhere but at home? Before you buy, make sure to check both voice and data reception in every room of the house. You’ll probably have wi-fi, but wi-fi can go down and it’s important to know you’ll have coverage.

When to compromise: Only if the material of the home is what’s blocking your signal, because in that case most cell phone companies will give you a signal strengthening device. My parents got one from Sprint and it’s made their lives much easier. They do have a home phone, but their cell phones are their business phones, and a lack of signal is not acceptable. 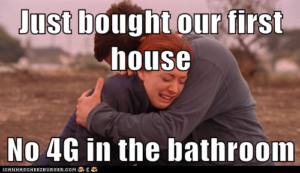 5. Does it have all the appliances I need? — We take technology for granted. I’m not talking about ubiquitous wi-fi here, either; I’m talking about the simple devices that make your life easier. Like dishwashers, and washer/dryer units. I have a friend who bought a new home in 2005, and she and her husband went into it knowing that it didn’t have a dishwasher. That meant they’d have to do the dishes by hand every day. They did buy a countertop unit, but those are small, and run off your kitchen sink. When we were house-hunting, we also found a great home that didn’t have a dishwasher… and it didn’t even have a place to hook one up. It did have washer/dryer hookups, and it had air conditioning, but I really have no desire to hand-wash all my dishes every day.

When to compromise: Only if a lack of these appliances is normal. In some cities, it’s a known issue that you have to go down to the basement to wash your clothes; in some cities, heat is standard but not air conditioning. If not having a certain appliance is standard, then you can do without. But if you grew up in the suburbs with a dishwasher, washer, dryer, a/c, and heater, don’t move to a one-bedroom studio in a big city that has none of these. You’ll hate it. 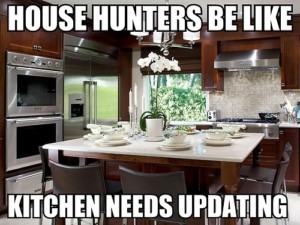 4. Can everyone poop at the same time? — The proliferation of handheld technology and casual games has lengthened the average bathroom visit*. No longer do people go, do, and leave; now they sit and read, or play games, or ~shudder~ carry on conversations. If your potential home doesn’t have one toilet per butt, you could be in deep doo-doo, if you get my drift. Now, most apartments only have two bathrooms, so you might need to consider a townhome. And in general you get one fewer bathroom than the number of bedrooms in a house (unless you’re getting new construction or buying a McMansion). Just keep it in mind.

When to compromise: If you live alone, one bathroom is enough. But if you live with another person, two is a must. I once lived in a 1/1 apartment and I took a friend to dinner for her birthday. After, we came back to the apartment to hang out. We simultaneously felt the need to poop, and being the gracious gentleman that I was at the time, I let her go first. Unfortunately, she clogged the toilet and I had to fix that before I could go. It was almost a bad time, but we made it work. Barely. Don’t end up in that kind of situation**. Have two bathrooms. 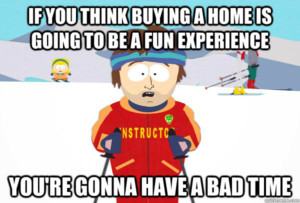 3. Can you walk to work? — Realistically speaking, a huge percentage of us live in areas where driving to work is the only option. However, if you can avoid driving, you can not only make a contribution to the environment, but you can save money on gas, car maintenance, parking fees, and of course the wasted time sitting in traffic. Consider carefully your new home’s proximity to transit, be it buses, carpools, or trains. Or even live within walking distance.

When to compromise: Unfortunately, a lot of metropolitan areas don’t have affordable homes near the tech sector. Here in Atlanta, you’re lucky to afford a two-bedroom condo near work, if you work in the tech sector. Look carefully at the transit options, and make sure you actually take a day off and do the drive to and from work, to see how bad it really is. Do it on a Thursday; that’s usually the worst traffic day of the week, unless it’s a holiday week. If you can deal with it, then compromise. 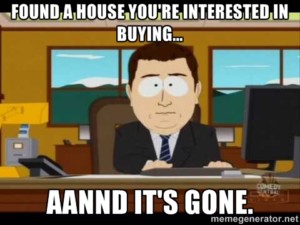 2. Can it handle your power needs? — This isn’t just a nerd issue anymore, but it’s still important. I love older houses; new construction seems impersonal and cookie-cutter to me. But new construction does have one thing over older homes: it’s wired to have lots of plugs, and often has special jacks for internet, A/V, USB charging, and cable. So if you’re buying an older home, make sure there are enough plugs. But more than that, make sure the wiring can handle your needs — and not just in terms of power. At my old house, someone (I think it was Comcast) had wired several splitters to the main cable line so that the entire house could have cable, but that degraded the internet signal so much that the router couldn’t even pick it up. Of course when I called Comcast they said NOT OUR PROBLEM BITCHES. But anyway. Oh, and after all of that, make sure the plugs aren’t wired in weird ways to the light switches — the last thing you want is to turn off the light and also kill your DVR so you miss Game of Thrones.

When to compromise: If you’re an electrical genius and can do your own wiring (or rewiring), by all means go for it. Or if you can afford someone else to do it for you, that’s cool too. 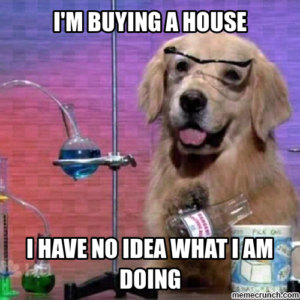 1. Will your friends come visit? — One of the worst feelings in the world is to live close enough to visit your friends but far enough that they’ll never come to your house. I have friends who live 35 minutes away, which isn’t that far, but it seems like a cross-country trek to get there because they live out in the country. And woe betide you if your kid goes to a private or magnet school and you live too far away from the rest of the students. That’s one reason why, when I got divorced, I made sure to move closer to the school, and why one of the top priorities on our list for new places was that it was close to at least one of my daughter’s friends’ houses. It’s bad enough to have to drive a long distance every time there’s a playdate, but it’s worse when your kid wonders why no one will come over and play and you have to say “because your friends’ parents, despite being able to afford to send three kids to private school while having only one parent who works, are too lazy to drive half an hour so you can play with their kid.”

When to compromise: Don’t. When I first moved to Georgia, my only local friends lived an hour away. I saw them maybe ten times in the five years we lived in the same state (they moved away seven years ago). But if you do have to compromise, if you have absolutely no choice, then you need to find ways to make new friends. Gaming clubs are great for this. 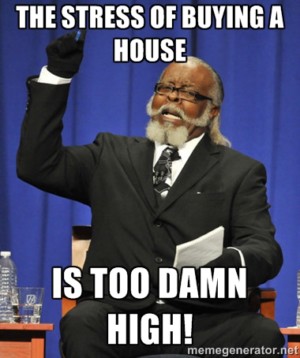 The first house we looked at looked amazing online: four bedrooms, three full baths, a master suite with a sitting room, a separate dining room, a two-car garage, a deck, separate A/C for the master, and the kitchen had all the appliances included. The price was at the upper end of what we wanted to spend, and the location wasn’t awesome for my commute to work, but it was convenient to everything we needed.

Then we went and saw it in person. Yes, the master suite was amazing, and yes, it did have a garage, separate dining room, deck, and plenty of space… but the front yard, which looked in the photos about the size of my parents’ front yard, was actually compressed and “short”. The garage didn’t connect to the house, and the only covered walkway required going in through the dining room… which had ALL THE WATER DAMAGE, as well as foundation issues. The kitchen was smaller than it looked, and there was maybe four feet of yard between the back of the house and the fence separating it from the neighbor’s house (though there was a rather large side-yard). Oh, and the house across the street had a couch on the front porch and a chain-link fence with “beware of dog” signs.

Be careful about what pictures you look at when you’re checking out homes online. It’s easy to stage a place to look great, but you need to trust your eyes and your gut — no matter what your realtor says. If you have concerns, it’s probably not the house for you, and the realtor — who, ultimately, is responsible for getting you to buy a house — will understand this and find you an alternative. If s/he doesn’t, find a new realtor. 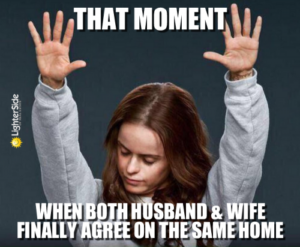 * There are some people for whom pooping legitimately takes longer. This may be an issue for you or someone you love, in which case one toilet per butt is an absolute must.