Obviously, there will be spoilers for Rogue One from here on out. You have been warned.

I enjoyed Rogue One. Not as much as The Force Awakens, but I did like it. However, after seeing the film and digesting it in my brains, I came up with six of the best questions to ask your nerdy friends after seeing Rogue One. I mean, if you’re going to discuss the film, then why not make the discussions more than ZOMG THAT WAS AWESOME? 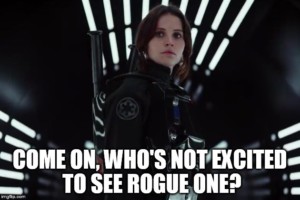 6. Where were the Bothans? — There have been countless articles written to explain this one, but one line that has been resonating among the geek community pretty much since Rogue One was announced was “many Bothans died to bring us this information.” However, after watching the movie, I don’t recall seeing a single Bothan anywhere. I’d thought maybe the Abramsverse would just retcon Bothans as humans who lived on Botha (or whatever the Bothan home planet is called), but that was not the case.

Accompanying Trope: This is a classic Retcon, in that I’ve read a little bit about how the Bothans dying was just Imperial misinformation — which makes no sense because the Rebellion knows who got sent on the mission. At least now George Lucas isn’t involved with the Star Wars universe, so hopefully we can avoid an Orwellian Retcon in future releases of A New Hope.

Update: After I wrote and scheduled this column, I did some more research (wrong order, I know) and it turns out the Bothans died prior to Return of the Jedi. Oops. 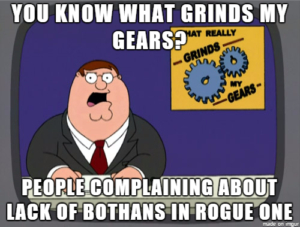 5. Why wasn’t there more Saw Gerrera? — Maybe I’m misremembering the official trailers for Rogue One (remember, I avoided most of the TV commercials), but I seem to recall the trailers telling me that one of the plots of the film would be Forest Whitaker’s character being convinced to join the rebellion to help Jyn Erso. However, he only got a few minutes of screen time at best, and most of it was yelling in a hoarse voice. It didn’t really give us enough time to get to know him and care about him; we were just told “this guy raised Jyn Erso, and then abandoned him, and now she’s mad at him.”

Accompanying Trope: This is a classic example of Advertised Extra and Small Role, Big Impact. He also gets an honorable mention of Daddy Had a Good Reason for Abandoning You. 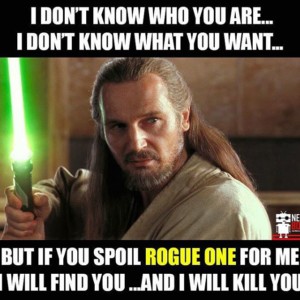 4. The blind Asian dude was a great character, but wasn’t he a little too generic? — This dude was pretty great. I love Donnie Yen as an actor. I enjoyed his character, and his sidekick was pretty cool too. But this was a textbook example of “Asian character is good at martial arts and is also mystical in some way”, and as a writer (and someone who tries to avoid the really obvious character paths) this felt like a cop-out way to establish a backstory. I mean, why couldn’t the blind guy been Latino? I don’t think I’ve ever seen a story where the Wise Old Man character is Latino, other than stories where all the characters are Latino.

Accompanying Trope: Oh, wow, where do I start? How about with Unflinching Walk, as he goes through laser fire without seeming to care if he gets shot, because he knows he won’t. On that note, he also goes Strolling Through the Chaos, because he has a Disability Superpower and is a Blind Weaponmaster, because, of course, All Asians Know Martial Arts. 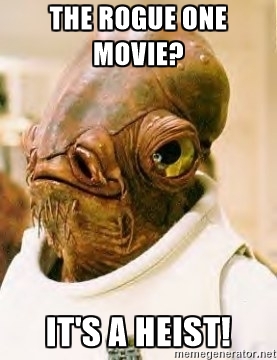 3. Is anyone else surprised that, once again, a JJ Abrams product dealt with parental issues? — Alias dealt with parental issues amid spy drama. 10 Cloverfield Lane dealt with a parent who went a little crazy because his daughter had died. What About Brian? had multiple storylines about Brian’s best friend, a married parent, as well as his sister. Star Trek was at least partly about how Kirk’s life was shaped by his father’s untimely death, and Star Trek Into Darkness was ostensibly about family and not about explosions. So of course one of the main plots of Rogue One was about Jyn Erso trying to find her long-lost father, who she hated for the wrong reasons. No, Abrams wasn’t directly involved in this one, but he’s the head of the universe in the same way that he is the head of the Star Trek reboot universe and Kevin Feige is the head of the Marvel universe, and so on.

Accompanying Trope: There’s a touch of Archnemesis Dad here in that Jyn hates her father for helping to build the Death Star, but it’s really more of a quasi-I Hate You Vampire Dad than anything. 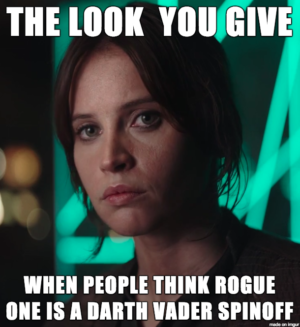 2. When will supervillains stop building towers with convenient self-destruct mechanisms? — The 9th Star Trek film had Picard climbing a tower to destroy a superweapon. The Winter Soldier had Cap hanging over certain death to destroy a superweapon. The season five finale of Buffy had a climb up a rickety tower. Hell, even The Force Awakens required Rey to climb an endless chasm to infiltrate the villains’ headquarters. You’d think that (a) screenwriters would find a better way to add tension and (b) supervillains would stop building towers that culminate in a self-destruct mechanism. And yes, Rogue One counts, because that tower was at the top of the Imperial Archives, which probably contained all the information the Rebellion could possibly need to stop any of the Empire’s evil plans. If only there was a giant tower someone could climb before January 20 to defeat a certain orange person’s evil plans… but I digress.

Accompanying Trope: Let’s start with Evil Tower of Ominousness, with a side order of No OSHA Compliance. Then there’s Big Red Button, immediately followed by Failsafe Failure. 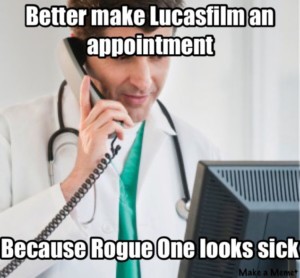 1. The fan service was pretty distracting, wasn’t it? — Blue milk. C3PO and R2D2. Princess Leia and Grand Moff Tarkin. Force chokes. The Corellian Corvette from A New Hope. Trying to pick out characters we might recognize in the crowd scenes. Oh, look, there’s Red Five, getting killed so Luke can take his callsign. Oh, look, there’s that weird spinny interlock thing that R2D2 used to interface with computers. Oh, look, there’s Bail Organa. Oh, look, there’s someone who looks an awful lot like Mon Mothma but with a giraffe-sized neck. You get the point, right? It was more distracting than anything else. But I guess that’s the balance you strike when you resurrect an old property from the dead after killing the horrible thing it became. 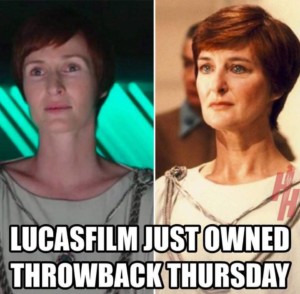 I’m not going to waste a lot of time talking about the uncanny valley that was Grand Moff Tarkin (or Princess Leia). I give the actors around Tarkin credit for how well they played against him, but… I mean… why? Why not just recast, like they did with Mon Mothma?

I will say that there were a lot of things I liked about the film. K2SO, played by Disney’s new good-luck charm Alan Tudyk (seriously, he’s in almost everything they’ve done lately), was hilarious. The Imperial pilot was pretty nuanced. And I did like the bold choice made at the end to kill all the good guys on Scarif. The bad didn’t outweigh the good, but in this day and age we’re socialized to see the flaws and pick at them.

And, speaking of, one more thing that bugged me: the Death Star can destroy a planet. We know this, and Tarkin knew this too, but they only destroyed cities with it. Admittedly, the fallout will probably make the rest of Jedda and Scarif uninhabitable, but why not destroy the whole planet? It’s not like they were saving up the effect for the next movie. 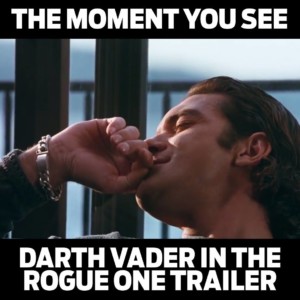