SIX OF THE BEST… pro wrestlers (in my opinion)

I was having a chat at work today with a co-worker and I realized that, although I’m not a pro wrestling fan anymore, I certainly was one as a kid. My dad and I used to put on TBS on Saturday nights and watch Knight Rider, The A-Team, and then two hours of NWA wrestling (which later became WCW).

I watched wrestling — WCW and WWF — pretty much religiously until one day in 2000. See, I used to work or go to class Monday nights, so I’d tape both Raw and Nitro, and then watch them the next day. One week, I had a bunch of extra shifts and couldn’t watch four hours of wrestling. The next week, the same thing happened, and then I had eight hours to watch. The third week, I just gave up and stopped caring.

Nowadays, pro wrestling is nothing like it used to be; I see Raw or Smackdown occasionally, and I wonder what it is that I’m even watching anymore. Gone are the glory days — the days of my favorite wrestlers. But thanks to the internet, I can tell you who six of the best pro wrestlers are. In my opinion. 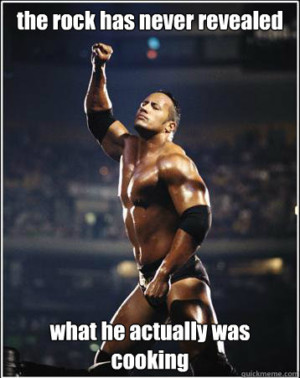 6. Goldberg — One of 1990s WCW’s best gimmicks by far was Goldberg. Here was a huge, scary dude who didn’t talk much, who kicked all the ass, and who was undefeated. The pomp and circumstance around him made him that much more of a big deal, and the audience responded tremendously. At the same time, the NWO was on the rise, and it was inevitable that Goldberg, then the US Champion, would face Hollywood Hogan, the world champion.

Best memory: I distinctly remember the night that Goldberg won the title. It was on Nitro — not even a pay-per-view — and, given that Goldberg is a distinctly Jewish name, all the guys in my Jewish fraternity who had stayed at college that summer got together to watch the show. We saw Goldberg defeat Scott Hall, and then, at the end of the night, defeat Hogan in a massive explosion of cheers — both in the arena and in my fraternity brother’s apartment. 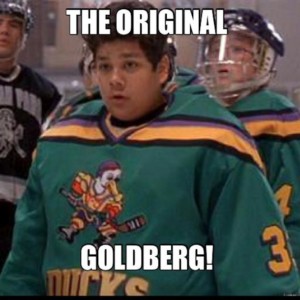 5. Chris Benoit / Dean Malenko / Eddie Guerrero — In the 1990s, these guys were the cream of the crop of the WCW cruiserweight division. I was never much a fan of said division, but I will say that they were great in-ring technicians. Guerrero was by far the most flamboyant, but he was also extremely capable even when he was saddled with a terrible gimmick. You always got quality entertainment from these guys. Unfortunately, two of them are no longer with us — Benoit after a murder-suicide likely brought on by painkiller abuse, and Guerrero due to heart disease.

Best memory: I just remember a crapload of weird gimmicks that Eddie was stuck in, and no matter how hard Bischoff or McMahon tried they could never overshadow the man’s talent. 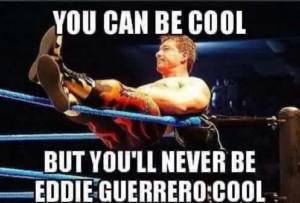 4. New Age Outlaws — I never really cared for D-Generation X. I thought it was silly, and honestly it bothered me a lot because it was taking valuable screen time away from wrestlers I liked — and actual wrestling. But the bright spots in the stable were “Road Dogg” Jesse James and “Bad Ass” Billy Gunn, the New Age Outlaws. They always looked like they were having a great time out there, and despite coming from disparate — and lame — gimmicks (James was “the real double-J” and Gunn was “Rockabilly”) they turned out to have excellent chemistry with each other and were profoundly entertaining.

Best memory: Pretty much anytime the Outlaws were on the mic, you could count on James saying “the Road Dogg, Jesse James… the Bad-Ass, Billy Gunn…” and there would be cheers. Even though I’m sure they were just doing their jobs, they really sold the fact that they didn’t give a damn about the management and were just there to have fun. 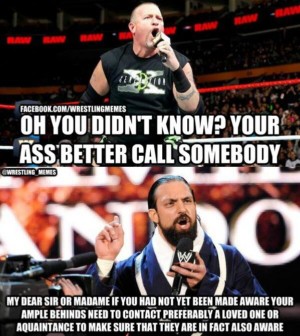 3. DDP — Y’know what I hated about Monday Nitro? The Nitro Girls. Just… such a waste of time. But one of them, Kimberly, was married to DDP — Diamond Dallas Page — and DDP was a guy you could really enjoy in the business. He acted like really wanted to be there — wanted to succeed, wanted to be great — and it came through in his characterization. Even when he got stuck in tag teams with the likes of Jay Leno and Karl Malone, DDP still got the job done and actually make his non-wrestler teammates look halfway decent.

Best memory: DDP was part of a lot of high-profile feuds in his WCW days, although the ones I always enjoyed was when he was feuding with a fellow face. I really looked forward to his match with Goldberg, and I truly believed Page would win it. But he didn’t. 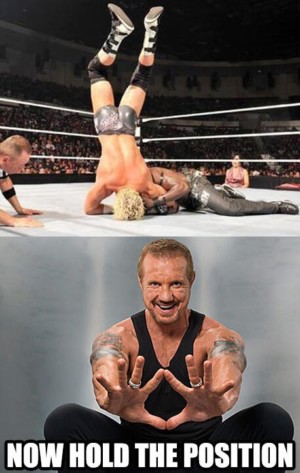 2. Mick Foley — I was originally exposed to Foley as “Cactus Jack” in WCW, where he was supposed to be this unstoppable, insane guy. I don’t think he ever really hit there, but when he brought the insanity to WWF in the form of Mankind, Vince McMahon seemed to know what to do with him. Plus, Foley is a pretty smart guy, and moving seamlessly between his three personas — Dude Love (Sweet Shin Music was hilarious), Mankind (Rock and Sock Connection), and Cactus Jack (Bang Bang!) — couldn’t have been easy. Plus there was the fact that he was willing to put his body on the line, and although I’ve never been a fan of “hardcore” wrestling, I respect what he did in the cause of it.

Best memory: Foley was the first wrestler (to my knowledge) to put out a book, and unlike many others, he actually wrote the whole thing. In it, we learn that he really is just a nice guy who loves what he does, loves his family, and cares a great deal about the business that gave him his livelihood. I always respected what he could do in the ring, but the book, and other stories of what he’s done outside of the squared circle, really make him stand out. 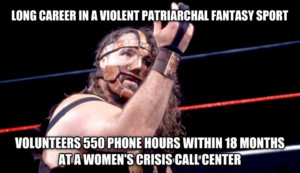 1. Ric Flair — Flair started wrestling in 1972 (at the age of 23), but it wasn’t until his NWA days, as the leader of the Four Horsemen, that I became aware of him. He had feuds with all the greats — Dusty Rhodes, Sting, Hulk Hogan, Ricky Steamboat, the NWO, and many more — and never failed to entertain. Later in his career, it became clear that he probably should retire, but he never did, not until he absolutely had to. The entire time, though, he was stylin’, profilin’, and yelling WOOOOOOO! and no matter how much you hated him you still had to love what he did for the business.

Best memory: The best feud Flair had, in my mind, was the one with Sting. Sting entered the scene as a super-duper face, the antithesis to Flair, and had a ton of fans. For years the two faced off, with Flair (and the Four Horsemen) trying anything they could to defeat Sting. Sometimes they did; sometimes they didn’t. But it seemed like a legitimate feud, even though young me knew that wrestling wasn’t real. And, of course, there was the Black Scorpion angle, which I thoroughly enjoyed at ages 12 and 13. Flair was the consummate wrestler of my formative years — more technically sound than Hogan, better on the microphone than most others, and while he was certainly strong, he didn’t have an adonis-like physique. He says, “to be the man, you have to beat the man,” and although many men have defeated him over his career, none of them will ever be him. 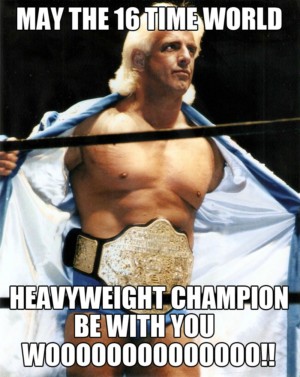 Star Trek: the Next Generation started airing September 28, 1987. Where I lived, in southern Florida, the show came on Saturday nights at 8:00… but TBS shows always started at five past the hour, so wrestling wouldn’t be over.

As a super-nerd, I was torn. But in the end I gave up on wrestling because Star Trek was more important. 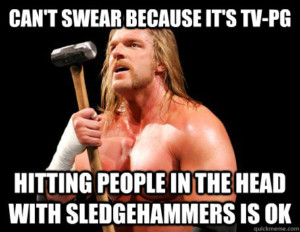