SIX OF THE BEST… Pokemon (according to my daughter)

Pokemon has been around for quite a while, and with the release of Sun & Moon last Friday, I figured it was time to bring it back to this column. (If you haven’t read the one I wrote about Pokemon and Supernatural, now’s your chance.) But here’s the thing: I don’t actually know much about Pokemon, beyond what everyone else does — Pikachu, balls, some guy named Professor Oak, catching them all…

My daughter, though, is totally into Pokemon. She has several of the games and about a zillion of the cards. So I figured she would be the perfect person to ask for a list of six of the best Pokemon. 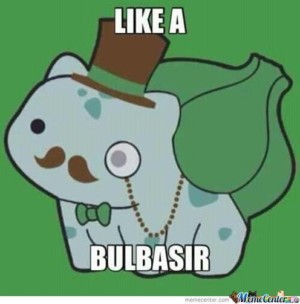 6. Furfrou — “It’s like a shaggy dog, but a Pokemon. You can also go to a Furfrou salon and style its fur to your liking.”

Kicking things off is Furfrou. It doesn’t evolve. Its ability is Fur Coat, which is a protection power. And it’s a poodle. Literally. Although if you look at the picture of it on Bulbapedia, it doesn’t really look like one. Not to me, anyway. 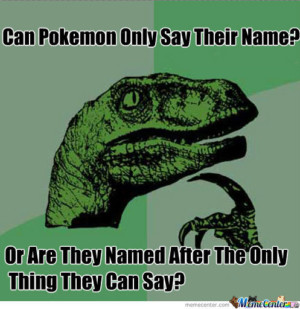 5. Magearna — “It’s another new Pokemon, and there’s a secret to it. But I’m not telling you.”

Magearna is a steel-type fairy-type Pokemon artificially created by a scientist 500 years ago. I guess that explains why its catch rate is so low. It’s also the only known Pokemon who can do Fleur Cannon, which is so new that no one even really knows what it can do yet. Kind of curious how she learned about this one. 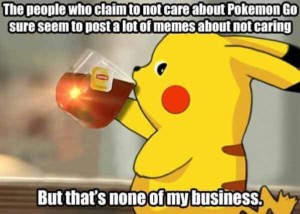 4. Alolan Raichu — “It’s your lovable old Raichu, but in the Sun & Moon games, it just got cuter.”

Okay, I’ll buy that. Raichu is an electric-type Pokemon that looks a lot like Pikachu (but has different ears); an Alolan Raichu is both electric-type and psychic-type, and is pretty darn cute. Oh, and as it turns out, the reason Raichu looks like Pikachu is because it’s the evolved version. Who knew, right? (I’m guessing the answer is “everyone but me”.) 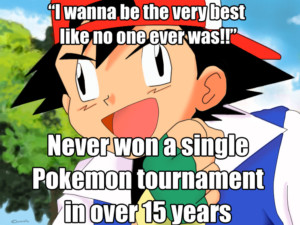 3. Litleo — “Very adorable. Depending upon what gender it is, it will evolve into a different form of Pyroar.”

This dual-type (fire and normal) Pokemon is indeed quite adorable. Its abilities don’t appear to focus on fire, but I could be wrong about that. My research was pretty limited, because there’s so much data out there on each Pokemon and I didn’t have time to read it all. I also couldn’t confirm or deny my daughter’s comments on evolution, but it does appear that one time a male Litleo evolved into a male Pyroar. I guess that makes sense. 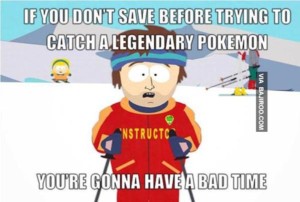 She made me type “eeveelution”. Because I’ve seen enough episodes of the show, I know that means Sylveon (a fairy-type) evolves from Eevee. Apparently it can use its feelers to charm opponents into not wanting to fight anymore, which is a pretty useful power. 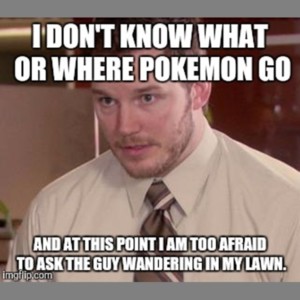 1. Volcanion — “It’s a new Pokemon, really powerful, and knows a move no other Pokemon can know called ‘steam eruption’.”

Volcanion is a dual-type fire/water Pokemon that doesn’t evolve. It’s also Mythical. It makes sense that its special move involves steam, because it can generate both fire and water. It’s from the Kalos region and is worshiped in parts of that area. 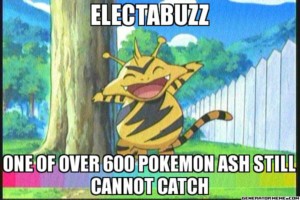 Honest Game Trailers is where I learn about most of the new Pokemon. Every version of the game (except for Sun & Moon — so far) has its own trailer, and each one has some pretty hilarious names for each of the Pokemon. Worth your time to watch them. Alphabetically: 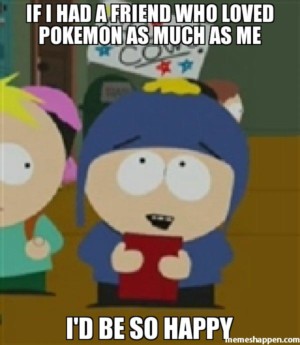