What do most of those movies have in common? Well, with the exception of two, they all came out in November or December of last year, and one came out in late October so it really gets grouped in with the others. 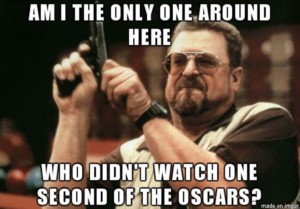 This is me every year.

6. Me Before You, released 6/3 — This film is about a woman who takes a job as a caregiver to a paralyzed banker and falls in love with him. I remember seeing the trailers for this film and not having any desire to see the movie, despite the fact that I knew it would probably be good. My wife watched it on the plane as we flew to our honeymoon and she liked it, even though it made her cry. (I, on the other hand, watched The Peanuts Movie and did not.)

Educates and entertains? Me Before You covers some things I didn’t know about quadriplegia, and it also addresses assisted suicide. The latter is especially important given how much longer humans are living in some parts of the world. Should people have the right to choose death if they see no possible way to live what they consider to be a full life? This film gives a compelling reason to say yes. 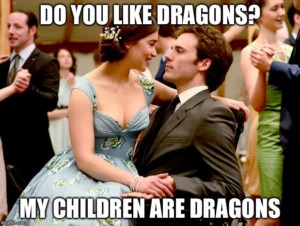 5. Captain America: Civil War, released 4/12 — This film will not be the first superhero movie on the list, but before you say that I’m pandering to my audience, please read the next paragraph.

Educates and entertains? Other than some slow bits in the middle (and a ridiculously complicated evil plan from the antagonist), Civil War is a very entertaining film. But I also think it educates viewers on a very important topic: sometimes both sides are wrong, and sometimes both sides are right. Iron Man believes the government should have oversight of superheroes to prevent tragedies from happening, while Captain America believes that superheroes should exist extragovernmentally and police themselves. I went into this movie thinking I would be unequivocally Team Cap, but I could see how Iron Man’s position made sense as well. In a political climate that was already polarizing (and is only more so now), the ability to see both sides is valuable. 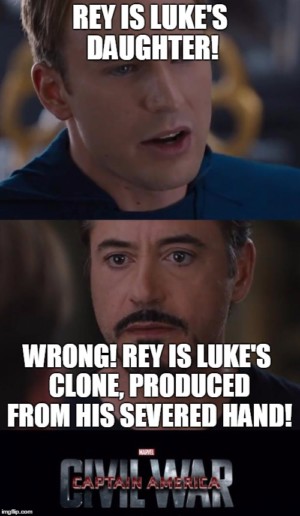 4. 10 Cloverfield Lane, released 3/8 — This film is a horror movie, and it’s rare to find those getting nominated for Best Anything, unless it’s a Razzie or Technical award. I saw this movie to kill an afternoon and was pleasantly surprised at how tense it was. I didn’t see the original Cloverfield, but I did know this wasn’t a sequel. I also didn’t at all expect the gigantic twist toward the end, although I suppose as a nerd I should have done.

Educates and entertains? It’s a little harder to hit the “educates” button with 10 Cloverfield Lane, but I suppose we could stretch it to understanding doomsday preppers, or how to make a homemade hazmat suit, or… nah, nevermind, this one doesn’t make the cut. But I think it was entertaining enough to at least make the long list. 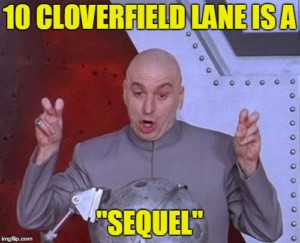 3. Kubo and the Two Strings, released 8/19 — I haven’t actually seen this film, although I really want to. Amazon reviewers say it’s about love, loss, sacrifice, and personal journeys, and all the animation I’ve seen in clips is pretty amazing.

Educates and entertains? Though this isn’t a “kids’ movie” (despite most animation being considered thus by too many of the Academy voters), it has great lessons for kids, including how to deal healthily with grief and mourning. Consider Frozen — which won “Best Animated Film” in 2014: in that movie, Anna and Elsa’s parents are killed, but we don’t see almost any of their mourning. They just remain locked up in the castle. But any film that has the guts to help kids learn the healthy way to deal with loss earns a vote in my book. 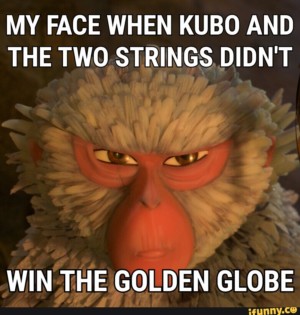 2. Deadpool, released 2/8 — This film was by far my pick for “funniest film of the year”. It’s like it was made just for me: comedy, fourth wall breaks, a love story, and redemption in the end. Plus, it was a labor of love for Ryan Reynolds — not that that means anything to Academy voters, but it’s always nice to see when someone completes a passion project and said project is actually, y’know… good.

Educates and entertains? I would say that Deadpool is the least educational film on this list, but if you squint really hard, it has too good lessons: that you should always think twice before accepting a miracle cure, and that if someone loves you and you are going through a tough time then the right thing to do is not leave that person and the associated support. Like, seriously, if Wade hadn’t walked away from Vanessa, he wouldn’t have become Deadpool, but he also wouldn’t have been alone. 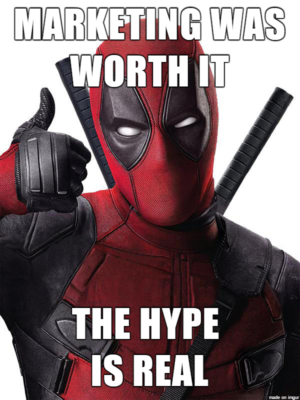 1. Zootopia, released 2/10 — All kidding aside, I really do think this film deserved to be nominated for Best Picture, not just Best Animated Film. It’s yet another excellent animated movie, like Inside Out and The Incredibles, that gets overlooked precisely because it’s animated, instead of being seriously considered along with the other great films of the year.

Educates and entertains? Hell yes this film is educational. It has an obvious message of “you can be anything if you put your mind to it”, but underlying that you’ll find lessons on bullying, bigotry, racism, and profiling — all of which were extremely important during the rise of Donald Trump during the 2016 election cycle and have become even more so now as we see the kinds of people who now feel free to express their racist and bigoted views, profile entire groups just because they’re not white, and bully those who don’t do as they want. Oh, and in Zootopia, a minority of predators is the ruling class over a majority of prey… and that looks an awful lot like what happened in November.

Let me state up front that I really enjoyed Hidden Figures, and I think it tells an important story about some of the lesser-known people behind a major historical event.

But it also suffers from “Million Dollar Bullshit” syndrome, in that it came out in very few theaters in the year it’s eligible, but didn’t make it into wide release until the next year. Million Dollar Baby premiered in New York City on December 5, 2004, then a limited US release on December 15, 2004, and finally a nationwide US release on January 28, 2005. And yet it won best picture, defeating many other deserving films.

Hidden Figures, by contrast, wasn’t that bad when it came to release dates — limited release on December 25, 2016, and wide release on January 6, 2017. I wanted to see Hidden Figures when it came out in limited release, but the only theater showing it near me is in a place I don’t want to go due to the cost of parking and the type of people (entitled snobs) who frequent that area. I waited and went to see it with my wife and daughter last month, and we all really liked it.

Plus, my daughter asked if she could “do math like that someday”. Pretty gratifying. And educational. 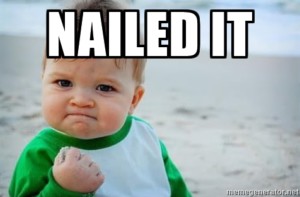