SIX OF THE BEST… methods of faster-than-light travel

Depending upon what your favorite sci-fi universe is, you probably have a different mental picture of what faster-than-light travel looks like. I’ve read and seen a lot of sci-fi over the years, so I think I can get away with giving you my list of six of the best methods of faster-than-light travel. Here we go, and be warned: there may be spoilers. 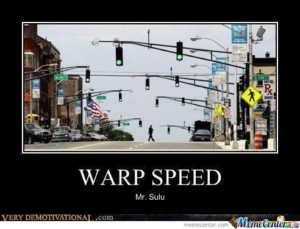 6. Lightspeed, Star Wars — In Star Wars, there are basically two speeds: regular speed and lightspeed. When ships go to lightspeed, we don’t actually know how fast they’re going; we only know they’re going faster than light. We can assume that there are various “efficiencies” when it comes to lightspeed, if the Millennium Falcon can go faster than, say, a Star Destroyer or an X-Wing. But one of the cool things about Star Wars — at least as far as the originals go — is that we don’t actually need to know the speed measurements to enjoy the films and understand who’s going faster than whom.

Who invented lightspeed? According to Wookieepedia, sentients were inspired to create hyperdrives after observing the purrgil, a race of spacefaring whales who travel faster than light. It’s been around for a long time in that universe. 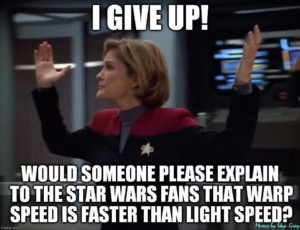 5. Starburst, Farscape — Starburst is less of a form of travel than a form of defense; if a leviathan is threatened, it can jump to lightspeed and go faster than any other known ship. However, starburst isn’t really controllable, since leviathans are alive and can make their own decisions. A good pilot can get a leviathan to go where it’s needed, but I get the feeling that doesn’t happen often.

Who invented starburst? Because starburst is a biological form of travel, not a technological one, no one really knows who “invented” it. 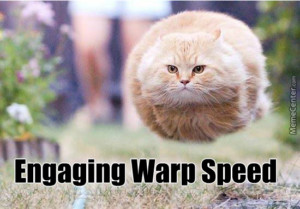 4. Jump Drive, Babylon 5 — A lot of sci-fi uses a similar system to the B5 jump drive — you go through a gate (or transition using your ship’s engines, although that’s not possible for most ships) and enter a different dimension where distance is different than in our own. Honestly, this one makes the most sense from a physics standpoint, at least in my opinion; science has already suggested the many-worlds interpretation, so if we could just find our way to one of those other worlds where, say, Earth and another planet are much closer together, then we can solve the problem of space travel once and for all. This interpretation, by the way, is what I usually use when I write faster than light travel in my own fiction.

Who invented jump drive? It’s believed that jump gates were built around 4800 BC, by a race that has long since died out. The gates are used by other races who have figured out how to activate them. 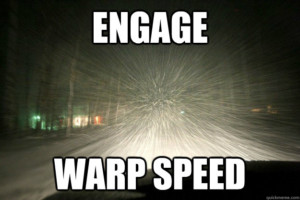 3. Folding Space, Dune — This is similar to the concept of the jump drive, but instead of moving your ship, the Guild Navigator instead moves the ship around you, folding space like a piece of paper so the start and end points are literally touching. Then the ship just pops into existence. Pretty neat. Unfortunately it also requires a lot of spice melange to pull off, and spice isn’t cheap.

Who invented folding space? This can be traced back to someone called Holtzmann, whose “effect” has to do with the way subatomic particles work. It impacted a lot of technology, but most importantly it allowed space folding. 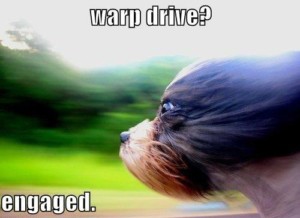 2. Grimspace (Grimspace) or Immersing (Embassytown) — Both of these books use basically the same technology, and it’s basically the same as your standard jump drive. Where it differs, however, is its effect on the human brain. Grimspace can drive a person mad just from navigating through it, while traveling through the immer is survivable by most humans if they are unconscious (if I’m remembering right; I haven’t read either book in a while). It’s a cool wrinkle on technology that I think is probably based on high-pressure nervous syndrome.

Who invented grimspace and the immer? Grimspace travel is made possible by a certain gene only a small amount of people possess. To travel the immer takes training as well as natural talent, as it is a phantasmagoric universe (as are many things written by China Mieville). We don’t know who exactly “created” either zone, or who discovered it. 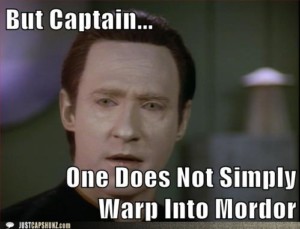 1. Warp Drive, Star Trek — I didn’t just put this at the top because I’m a Star Trek fan; I did it because to me it seems the most reasonable non-jump method of faster-than-light travel. The original series wasn’t quite as exact about this, but as we got into the 24th century and beyond, Star Trek really put the science to its speed. Even a casual fan knows that you take matter and antimatter, send them into a reaction chamber, modulate the reaction with dilithium, and that creates enough energy to power engines which distort time and space enough to get the ship moving faster than light. There are various warp factors, and if you google enough you’ll find an explanation as to how they work on an incremental basis.

Who invented warp drive? On Earth, Zephram Cochrane. However, the Vulcans and the Klingons had it well before humans. 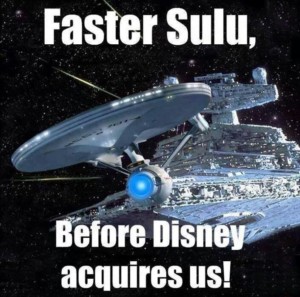 Talk about focusing on the journey and not the destination… 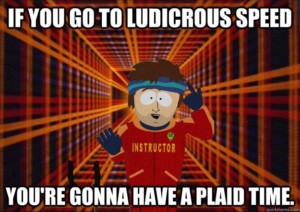