SIX OF THE BEST… Dexter adversaries

Late last year my fiancee and I finished watching Dexter, which, for those of you living under a rock, was the show about a serial killer who works as a forensic specialist in the Miami police department. It’s pretty good.

But a show with a superhero character — and, make no mistake, Dexter is a superhero — is only as good as its villains. So, here are six of the best Dexter adversaries. (I say “adversaries” because they’re not all villains. Not really.)

Needless to say, this episode spoils every season of the show, so if you haven’t seen it but plan to, turn back now. 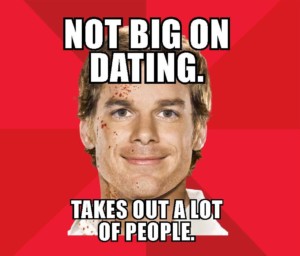 6. The Brain Surgeon, Season 8 — Daniel Vogel was the estranged son of a neuropsychiatrist who helped Dexter’s father shape Dexter into the serial killer that he is today. Vogel was on a mission to get his mother to recognize what a good serial killer he became, and he certainly was, at that. He had many similarities to Dexter — intelligence, ability to move around in polite society, immaculate kill space, and he was also a good-looking white guy.

What makes a good adversary? We see in others like us the things we refuse to see in ourselves. Vogel, in being so like Dexter, created a moral quandary because, as self-aware as Dexter is of what he is, he still seemed to have difficulty equating the ultimately-pragmatic-but-still-illegal murders he committed with the Brain Surgeon’s murders and motives. 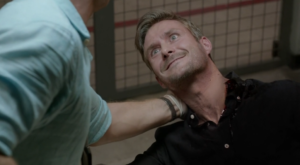 5. Miguel Prado, Season 3 — Miguel Prado was the charismatic, popular assistant district attorney who befriended Dexter in the third season. At the same time, Prado’s wife Syl and Dexter’s fiancee Rita became close friends, planning Dexter’s wedding even as Rita tried to get down the aisle before her pregnancy became too obvious. After being maneuvered into a corner, Dexter was forced to take Prado on as an apprentice, but where Dexter planned everything and was careful not to act on personal motives, Prado used his knowledge to kill people who’d escaped justice. Dexter… was not pleased by this.

What makes a good adversary? Ever heard the phrase “nibbled to death by ducks”? That’s basically what Prado did to Dexter — he forced Dexter to get deeper and deeper into the lie that he had only ever killed one person, and Dexter had to reveal more and more of what he did. Plus, the person who starts as a friend but eventually must be taken out when one’s teachings become perverted is always a good motive. 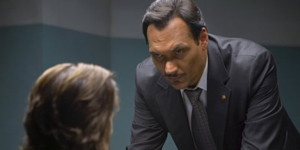 4. James Doakes, Seasons 1 and 2 — James Doakes, a police detective who used to think Dexter was okay, eventually figured out (prior to the first season) that something was weird about the forensic analyst and made it his mission to learn what that was. In the first season, Doakes’s famous “surprise, motherfucker!” moment was one of the best parts of the show, but it wasn’t until the second season when Dexter successfully framed Doakes as the Bay Harbor Butcher (who, incidentally, was Dexter himself) that Doakes lost some of the edge that made him so interesting. In the end, it was Dexter’s girlfriend Lila who killed Doakes — Dexter didn’t really plan for it to happen that way, and Doakes didn’t deserve it either.

What makes a good adversary? Smart people love to show off how smart they are, and what better way to do so than to lie directly to the faces of the people they see every day? Dexter was a little too much of a psychopath/sociopath (I maintain that he morphed from the former to the latter over the course of the show) to take much pleasure from deceiving his sister, his family, and his co-workers, but he still did it.

3. Frank Lundy, Seasons 2 and 4 — Speaking of the Bay Harbor Butcher, it was FBI Special Agent Frank Lundy, known as sort of a “serial killer whisperer”, who was sent to Miami to investigate dead bodies — Dexter’s victims, which he apparently didn’t do quite a good enough job of hiding. Lundy, like the rest of the police authorities in the show, is extremely competent, and Dexter has to work extra-hard to hide his involvement and steer the investigation toward someone else (in this case, Doakes). Once Doakes died, Lundy moved on, but returned in the fourth season as a free agent working to find the Trinity Killer. Trinity killed Lundy, though, and in any case Lundy wasn’t focused on Dexter as a possible suspect at the time.

What makes a good adversary? The adversary has to be competent or better, or else what’s the point of the fight? I prefer to play games against people who challenge me; if I get steamrolled, or do the steamrolling, it’s much less fun (which is why I won’t ever play Seasons again). An adversary who raises the bar for the main character is always worth fighting. 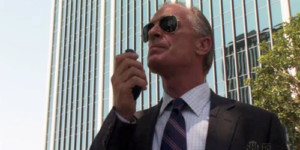 2. The Ice Truck Killer, Season 1 — Brian Moser, Dexter’s long-lost brother, was a serial killer who, like Dexter, was influenced by seeing his mother butchered in front of her. But where Dexter became almost blood-phobic and cleanliness-obsessed in his killings, Moser drained and used the blood to taunt his brother. It wasn’t until a chance encounter with a prosthetic hand that anyone was able to put together the connection between Moser’s alias and the Ice Truck Killer, and even toward the end there was quite a chase and battle fought before Dexter defeated him. (Fun fact, and a book spoiler: in the books, Dexter doesn’t kill him, and in fact Moser becomes a recurring character.)

What makes a good adversary? There’s a fine line to walk between “perfectly revealing the clues” and “obfuscating the clues just a bit too much”. The show made it almost too hard to figure out who Brian was — whereas a lot of the other adversaries were somewhat easier. I liken this to the book The Two Georges, in which (spoiler alert, but the book is over 20 years old, so deal with it) we don’t find out until the very end who the villain is, and while said villain’s motivations do make sense, there just wasn’t enough in the story to make it possible to hazard any guesses whatsoever as to who was behind the main crime. The reader/viewer needs to be able to have at least some reasonable idea. 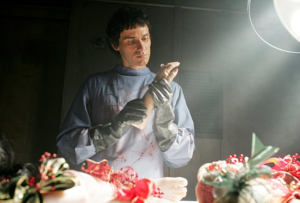 1. Trinity, Season 4 — Arthur Mitchell, the Trinity Killer, is seemingly a good person and loving husband who can snap if things don’t go perfectly. This is due to events in his past, events which he has recreated over the years until he finally returns to Miami to finish the job. He’s driven, meticulous, well-hidden, ritualistic, and ultimately almost a perfect killer… but he’s not evil, not until he kills Dexter’s wife.

What makes a good adversary? Sometimes the bad guy isn’t evil. Sometimes the bad guy is just someone who does things that the good guy has to stop from happening. The Probe in Star Trek IV isn’t evil, but it’s doing something that kills people (incidentally, but still) because it believes its reasoning is correct. That’s the same thing that Trinity did: he killed people because his reasoning told him he was doing the right thing. And Dexter stopped him for the same reason. 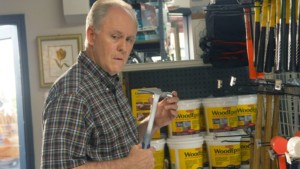 7. Hannah McKay — Poison is one of the most insidious ways to commit murder. You never know when it’s going to happen, and that’s the biggest fear of all. But she just wasn’t as good as the other six, unfortunately (for her).
8. The Doomsday Killer — His murders are messy, grisly, and initially incomprehensible. And there’s that whole “ghost of Edward James Olmos” thing. But the “spirit of my mentor made me do it” storyline is played out.
9. LaGuerta (season 7 only) — She was right the whole time, and we all knew it, and we all wanted her to fail. LaGuerta was somewhat annoying in the middle seasons, but even she had to figure Dexter out eventually.
10. Jordan Chase — We all know that something’s not quite right with motivational speakers. The motivations were a little cliche, but it is what it is.
11. Ray Speltzer — That maze was pretty inventive. That’s all he had, really. Fun fact: he now plays Melvin (a much more interesting character) on Daredevil.
12. Isaak Sirko and the Ukranian Mob — I didn’t really care about them at all, except inasmuch as Quinn’s girlfriend was played by the woman who also played Ichabod’s wife on Sleepy Hollow.
13. The Skinner — As with the Ice Truck Killer, there was almost nothing in the clues that the average viewer could follow to figure out who the villain was. And then he got run over by a car. Oops.