CBS’s Criminal Minds is now in its 12th season, and has made the news lately with the sudden departure of Thomas Gibson, who had been with the show since its inception. I’ve been a fan since it started — I watched it because I loved Mandy Patinkin in pretty much everything he had done — and I still watch it to this day.

In twelve years, you can amass an awful lot of great villains. Here’s six of the best — or scariest, or most memorable — that I’ve seen on the show. Spoilers incoming. Also, all images on this post are courtesy of HotchFacts on Tumblr. 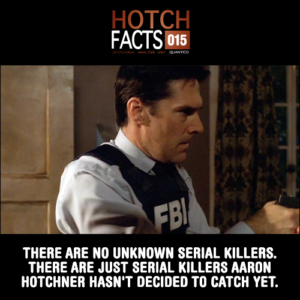 6. John Nelson, “God Complex”, 8.04 — John Nelson, portrayed by Ray Wise, was married to a woman born with one leg ending at the knee. After quitting his job at a funeral home to explore new ways to transplant limbs, with the goal of eventually getting a new leg for his wife so she doesn’t have to use a prosthetic. He is eventually taken alive when the team tracks him down and his wife urges him to drop his weapon and turn himself over to the BAU team.

Why is he so memorable? Ultimately, Nelson was doing what he thought was right with an eye toward curing someone he loved. He wasn’t intentionally a killer — he just wanted to test his surgical techniques. But that meant leaving people amputated, or worse, leaving them with other people’s limbs attached. Nelson’s victims were more-or-less aware of what was about to happen, and even though Nelson tried to reassure them during the surgeries, he was still about to cut parts off of them.

A fun fact about Ray Wise… Wise’s birthday is the same as John Noble’s (Walter from Fringe), although Wise is one year older. Though you wouldn’t know it from looking at them. 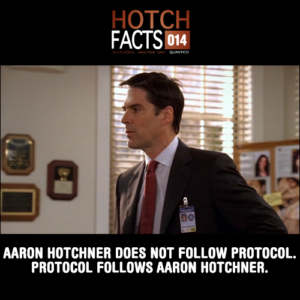 5. The Prince of Darkness, “Our Darkest Hour”, 5.23 — Played by Tim Curry, Billy Flynn, nicknamed the Prince of Darkness, was a serial rapist and murderer who committed crimes across the country. While in Los Angeles, he used a heat wave and rolling blackouts to help protect himself from discovery while committing his crimes. Ultimately he was taunting a LAPD detective, Matt Spicer, who was seen in the media as hunting him. After murdering Matt and kidnapping his daughter, Flynn tries to groom Spicer’s daughter into becoming an accomplice before luring Morgan into a confrontation. Morgan kills him.

Why is he so memorable? Mostly I think it’s because Tim Curry is known to me primarily as the butler* in Clue, and as Dr. Frank N. Furter. I’d seen Curry act as a villain before, but never as much of one as when he played Billy Flynn. Flynn was unkempt, unintelligent (able to be a psychopath and sadist, but not generally a bright dude), and industrious enough to travel across the country and commit his crimes without being caught. He could be anywhere. And, on top of that, somehow he was able to start grooming a child to be his accomplice.

A fun fact about Tim Curry… Curry was Tim Burton’s second choice for the Joker, a role that went to Jack Nicholson. Later, when Curry was brought in to read for the Batman animated series, he was deemed to be too scary and was replaced by Mark Hamill (whose Joker isn’t exactly all fun and games). 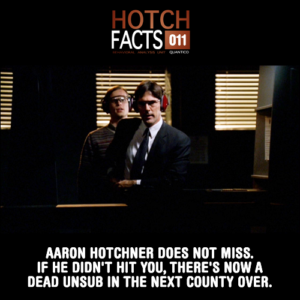 4. The Boston Reaper, “Omnivore”, 4.18 — George Foyet, aka The Boston Reaper, made a deal with a former detective: the detective drops the case, and Foyet stops killing. But the detective dies, and the BAU is brought in, and Foyet impersonates a victim. He is arrested, but escapes, shoots Hotch, and finally returns in episode 100 to kill Hotch’s ex-wife. In return, Hotch beats Foyet to death with his bare hands.

Why is he so memorable? Even though Hotch had a tentative (at best) relationship with his ex-wife (who he very much wanted to get back together with, I think), we as the audience were never made to believe that she was in the wrong by ending the marriage. But even if they weren’t on the best of terms, Hotch never wished his ex-wife ill will, and by killing her we knew that Foyet had signed his own death warrant. He kept our heroes on their toes for several episodes, and even reappeared in a later episode, as a hallucination, and the audience was like “holy crap, dude!”

A fun fact about C. Thomas Howell… Howell was almost cast as Marty McFly before losing out to Eric Stoltz.

Bonus fun fact about Meredith Monroe… Not only did Monroe (who played Haley Hotchner) appear as a cover model for several Hardy Boys/Nancy Drew books, but she also appeared on Californication in a hilarious sendup of Rachael Ray. 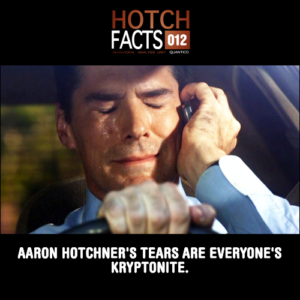 3. The Replicator, season 8 — John “The Replicator” Curtis was the main villain in the eighth season of the show. After being blamed by Erin Strauss and Alex Blake when a mistake was made in an anthrax case, his subsequent demotion and his genius fed into his rage, and eventually focused those emotions on the BAU — and Blake and Strauss in particular. His intelligence allowed him to copy other serial killers’ work and lead the BAU on a merry chase — including a portion that led to the death of Reid’s girlfriend — until finally poisoning and killing Strauss (which was a surprisingly-emotional scene, given that Strauss wasn’t a very sympathetic character over the years). Eventually, Rossi is able to trick Curtis into killing himself in his own trap.

Why is he so memorable? John Curtis is every smart person you’ve ever worked with who feels underappreciated or put-upon but has no recourse except to take it with a smile. Couple that with extreme intelligence and resourcefulness, and you have a recipe for disaster. It also didn’t help that he was instrumental in the deaths of Strauss and Reid’s girlfriend. And then there’s Mark Hamill, who, at this point in his career, brings a gravitas to any role he’s in — even the one in Kingsman where he got his head exploded.

A fun fact about Mark Hamill… Hamill met his wife when she was his dental hygienist. I guess he’s not only a good actor and a good voice guy, but he is also understandable when someone is cleaning his teeth, unlike the rest of us. 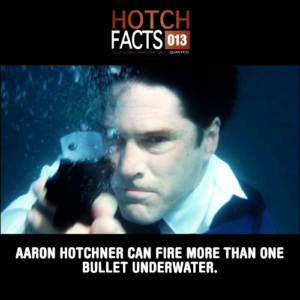 2. Mr Scratch, “Mr. Scratch”, 10.21 — Mr. Scratch — real name Peter Lewis — is a killer who forces people to hallucinate and then commit murder (or suicide). Apparently this all stems from Lewis’s father caused people to believe there was Satanic child abuse in the adoption center he ran by dressing himself and the children up as Satan. But Lewis, a genius, eventually discovered that the doctor who got people to say they were abused may have asked leading questions that made the abused people want to say what she wanted to hear. (Everybody got that?) Anyway, Lewis forces the doctor to kill herself, and then forces Hotch to hallucinate and nearly kill his team before being arrested. Later, during a massive prison break, Lewis escapes and seems to be the main villain in at least the first part of the 12th season.

Why is he so memorable? As with John Nelson, Lewis’s MO feeds on people losing control of themselves. However, where Nelson simply was trying to give his wife a new leg, Lewis forces them to kill people they love using a combination of drugs that makes them hallucinate. We value our reality, and our perception thereof, and having that taken away is terrifying. Plus, not only did he get into Hotch’s head but he’s also still out there and still just as evil as before. 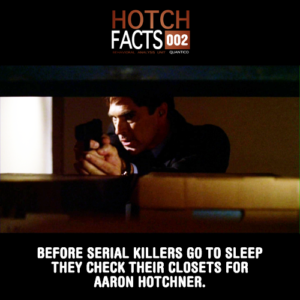 1. Tobias Hankel, “The Big Game”/”Revelations”, 2.14 and 2.15 — Here’s another really smart guy who has something really terrible happen to him. In his case: his mother left his father for another man, and his father became abusive while using scripture and the Bible to justify it. Over time, Tobias got addicted to painkillers, but when he got off them he had a dissociative split into three personalities: his own, his father, and the archangel Raphael. As a tech support agent, Tobias uses people’s webcams to spy on them and kill those he feels deserve it. Eventually, JJ and Reid track him down, but Reid is captured, tortured, and by the end of the episode addicted to painkillers.

Why is he so memorable? This was the first — and only — episode of the show to give me nightmares. I don’t even really know why. Probably the scene where Tobias, in his father’s personality, tortures Reid. Reid, a genius, tries to fight back using the same weapons the father-personality uses — scripture — but the old saw of “the devil can cite scripture for his purpose,” used by people everywhere who want to use religion to their own ends but refuse to see anything that goes against their beliefs, despite it being, y’know, in the scripture… well, when there seems to be no hope, especially for a favored character, things get bleak and you don’t forget them.

A fun fact about James Van Der Beek… “Van der beek”, translated from the Dutch, literally means “from the creek”. And we all know what show made JVDB famous. 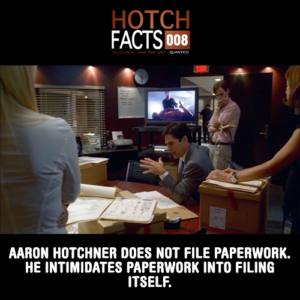 Speaking of fun facts, how about the “Buffy Episode” of Criminal Minds

What, you didn’t know there was one? Well, there really wasn’t, but I’m counting it. It’s “Hashtag”, which is the one where some teenagers create a viral killer called the Mirror Man, except that one of the teens actually starts committing murder.

Many things in the episode, written by Rick Dunkle, have the name of something from an episode of Buffy:

I tweeted at Dunkle to ask him why he did this, but he never replied.

Also, the episode had a great ending — Morgan was forced to shoot Pratt on live TV, and we see how much he hated himself for doing it. The ending, when Holt takes a selfie, is also kind of chilling — the dude has no remorse.

* Or the mastermind, if you prefer.