SIX OF THE BEST… from 20 years ago

As I may or may not have mentioned a few times recently, I’m going to be moving soon. As part of that process, I’ve been decluttering a little (more on that next week). One thing I did was find all my old high school newspapers (I was a writer and editor) that I’d been dragging around from dorm to apartment to house to apartment and back again for twenty years.

Anyway, I went through them and scanned all the articles I wrote. Digital media takes up way less space than actual papers. And, according to my mom, she has even more at her house that I have to go through and scan. Should be fun.

One of my old columns was written for April Fool’s Day, and, amusingly, it’s a top-six list. The column, called “Through Rose-Colored Glasses” and named by my journalism teacher, the late Ms Evans, reads thusly:

Here’s a rose-colored top six list. It’s the Top Six April Fool’s Day Jokes That Failed, And What Happened As A Result. 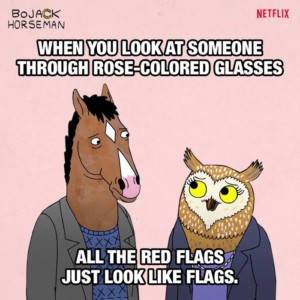 6. A makeup artist in Patrick Stewart’s trailer traded his regular shampoo for floor wax during the fourth season of Star Trek: the Next Generation. It was done on a dare from ex-producer Maurice Hurley (who may have been let go for that very reason). No one noticed until the spotlight came on, when most of the cast and crew were blinded for a period of one day. The episode they were doing came out a day late. 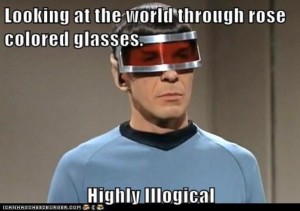 5. The paper on the examining table of a local doctor’s office was replaced with flypaper. The doctor came in to find his patient unable to get up. He was taken to Memorial Hospital West for flypaper removal surgery. He was finally able to sit down again after three days. 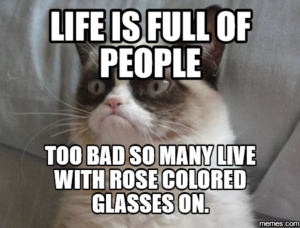 4. In 1987, a fire hydrant was loosened, but the perpetrators were scared off just before they started the water flow. A dog came along five minutes before the fire department came down for a routine safety check, and accidentally nosed the cover off. He has not gone to the bathroom since. 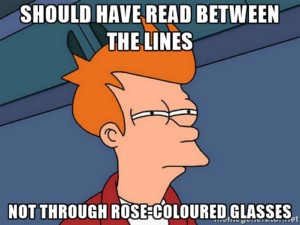 3. A sophomore at this school once tried to mail a cockroach to his ex-girlfriend. Unfortunately, it was flattened en route, found dead, and thrown away by the girl’s mother. He was “disappointed.” 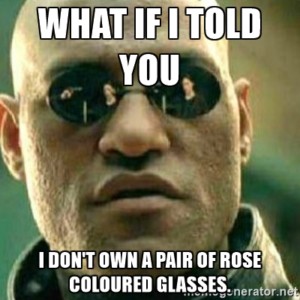 2. An esteemed teacher at the middle school next door once put some lentils into a pressure cooker to surprise her mother with dinner. It was a surprise, all right. The mother opened the pressure cooker, and, after disciplining the teacher (who, at the time, was approximately nine), called her in sick for the next week of school, since she was going to be scrubbing lentil bits off the walls, floor, and ceiling. 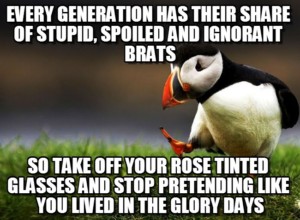 1. The big man upstairs had promised a midafternoon snack to Adam and Eve as they traversed the Garden of Eden. He actually had employed the snake to deliver the nectarine of bliss, but the snake’s attention span faltered (snakes do have short attention spans unless they are hunting) for a moment, and he dropped the nectarine. It fell into the Atlantic Ocean, never to be seen again. The only other fruit there was an apple, which the snake dutifully delivered to Adam and Eve for their snack. Now look at what’s happened.

The events above actually happened. At least, I think they did, but not too many people believe what I say, and neither should anyone else. 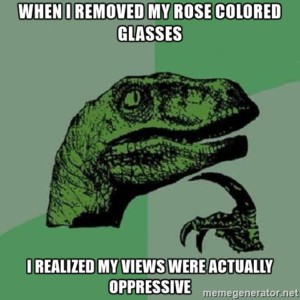 At this point I was running out of image search results for “rose colored glasses meme”.

One of my very favorite school newspaper articles I ever saw was in my college’s paper, after our UCF Golden Knights lost narrowly to the South Carolina Gamecocks.

Now, I got away with a lot of stuff in my column in high school (including a rather tasteless Unabomber joke), but that… that’s just next-level.