The Whole Kit & Caboodle: Heather Nunnelly
Assistant Writers: Jenny Dzoba, James Atwood, Michelle Nunnelly
Where to find this book: Online (If you want to read it as a regularly updated web comic)
Hard Copies (If you want to order hard copies…which I recommend) 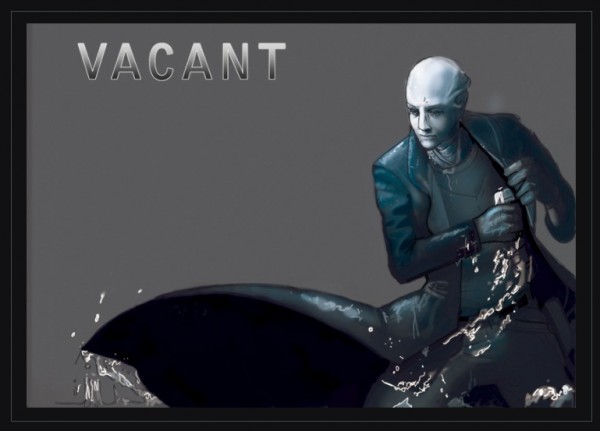 Now, if you go to the website, the talented Ms. Nunnelly is up to working her way through the fourth issue in the Vacant run. For the sake of this review, though, I’m just going to be tackling the first issue.

There’s just something very classic and old school about the character. He carries himself like a grizzled yet “by the numbers” noire detective or Daniel Craig at his most stoically Bond. (Side Note: Craig would be my choice for casting should they every put this one on the screen.)

Now it’s time for some spoilers.

We open on the planet Pearl and our hero, Hayze, as he’s looking for a lost comrade, Krel. He’s not long in finding him and the missing friend is in the same shape as the world he’s on.

It turns out that Pearl is the third planet that has turned up mysteriously deceased after coming in contact with a certain species. The one before Pearl was Aeon. The first one was Earth and the species were humans. A portion of said species has been resettled on the planet Lareen; the planet that Hayze calls home. 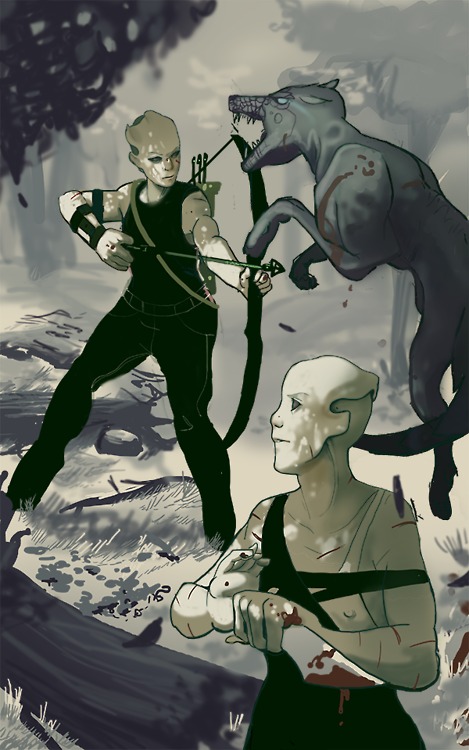 See where this is going?

So, with a possible planet killing species floating around and a dead friend our hero is tasked with finding out the why and the how. The job. That’s all that Hayze cares about, according to his partner Jin, or at least that’s all he’s showing you so far. But that’s par for the course with “Vacant”.

On the surface it seems like a very cut and dry story with a stripped down “need to know” style of art. Do yourself a favor and look closer. There’s a big difference between simple and stripped down subtlety. This book packs a lot more of the later than you would think on a first read.

All that being said, the first issue of Vacant accomplishes what the opening salvo of any good mystery does. It leaves you with more questions than answers and fills you with a deep desire to see what happens next.

I have no idea where Hayze’s investigation will take him and his somewhat reluctant partner, Jin, but I’m glad to be along for the ride.