Last year there was chatter about a reboot of the Buffy the Vampire Slayer movie. Would it tie-in with Joss Whedon’s television spectacular including the whole scooby gang, timelines and plots? Would it be a glossed over variation of the movie from the early 90’s? Would anyone care?

I fucking care. (Not that you care that I care, though.) 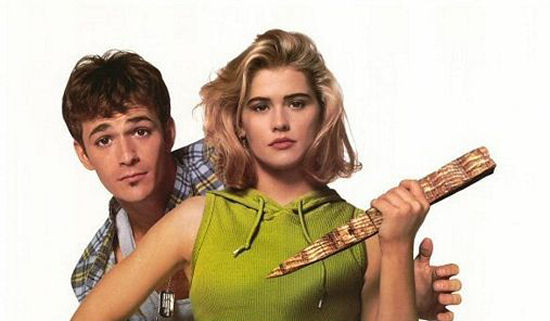 It’s no secret that I am not typically a fan of reboots. Especially reboots of franchises that I truly enjoy, or grew up watching and have some sort of emotional bond with. Buffy – the movie – is one of these things. I bonded with my girl friend (by girl friend I mean my friend who is a girl, as up to this point my friends had all been boys- though I’m sure I could share other tales of bonding with my girlfriend too) over this movie, embracing my love of shlock, vampires and hokey goth atmosphere.

I wouldn’t be opposed to a movie stemming from Whedon’s Buffyverse (the Whedonverse Buffy? Whebuffverse?) as I thoroughly enjoyed the TV show. I loved the fact that high school was this battlefield and that there were, fairly accurately represented, teens spanning all cliques and cliches. But, there are some very specific reasons I am not a fan of the idea to reboot the Buffy movie as I know and love it, not the least of which include: 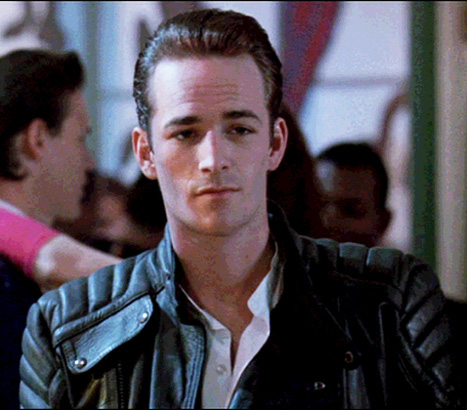 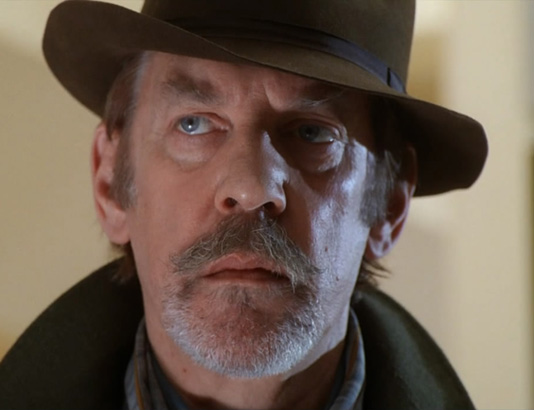 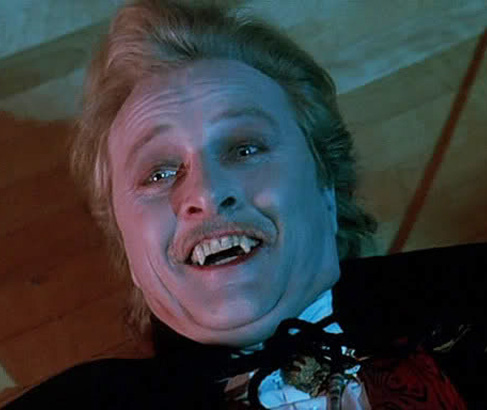 – Luke Perry. We were starting on the Beverly Hills 90210 high and Luke was more available to us in this movie as the good/bad boy.

– Donald Sutherland. To this day I say ‘mmbuurfffy’. Maybe it was the hanky held up in front of his face, or the fact that he was on his way out in the movie, but that mumbled, muttered yell of Buffy is still my favorite thing in the world.

– Rutger Hauer. Really, do I need to expound upon this?

The above make Buffy enjoyable, but my number one reason to rebuff a Buffy re-Buff is: 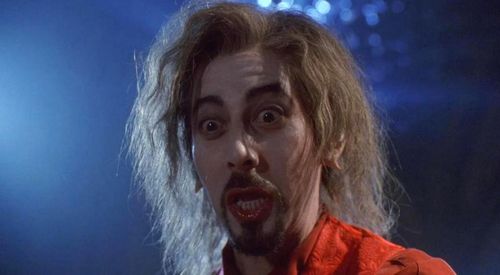 Take this journey with me.

Whether you know Paul Rebuens as Pee Wee Herman or the perv that got arrested for doing what every perv does in an adult theater, it’s Paul Effing Reubens, and he MAKES the Buffy movie for me. MAKES. IT. He’s this perfectly creepy/endearing 1980’s style glam-pire that is equally subservient and bratty. The dynamic between Paul and Rutger was one that I enjoyed immensely and imagined was there on and off screen. I would have palled around with him, for sure. And then he dies.

Fuck no, he doesn’t just die. He ROCKS out his death scene like a glam-pire should. Like a vampire that has been in servitude to Rutger Hauer should go out – finally getting a little spotlight and soaking it up for all it’s worth and then some. His death scene is the ‘mother putting flour on her face after making rice crispies’ of death scenes. The over-exaggeration is perfectly played and I’m hard pressed to consider another actor that could do it as well as Paul.

I’m hard pressed to consider a reboot pulling that off at all.

That’s my reason Buffy shouldn’t be rebooted. Unless you can get Paul Reubens back. Can you do that? Then, please, continue. If not, leave my Buffy alone.