Platforming & Me: A Hate/Hate Relationship

Hi, my name is Sara, and it’s been 5 months since I played a platforming game.

Those last two are what I do best in platform games. 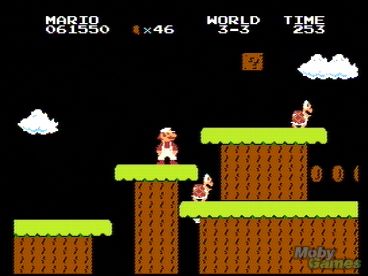 It’s no secret that I wasn’t allowed to play video games when I was growing up, and I’m not embarrassed to admit that while I’m no longer a “noob” to gaming, I still haven’t mastered platforming. As a (relatively rebellious) kid, I would sneak off to my friends’ house and play the occasional game of Super Mario Brothers, controller swinging from side to side and lifting up and down as I attempted to master jumping from pipe to pipe or cloud to cloud. My friends would laugh at me and remind me that lifting my arms higher, didn’t in fact, make me jump higher. After falling – and failing – miserably at platforming games, I stopped playing them for a long while and stuck to games like TETRIS and Dr. Mario (you can read about my addiction to the good Dr. here).

When I got to (and through) college, I was reintroduced to video games. There was a whole new gaming world and experience in front of me, and I was excited to give it a shot. I was stoked that I had access to a Nintendo 64 and could play Mario Tennis and WWF No Mercy with no chance of jumping to my death. I was also thrilled about playing You Don’t Know Jack and God of War on the PlayStation and PlayStation2 (while the later did have SOME platforming, it was more about combat and puzzle solving skills). As my gaming skills were honed, my confidence grew, and I felt ready to tackle platforming once again. 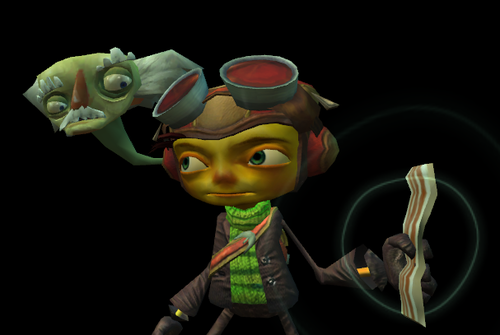 Psychonauts was the first platforming heavy game I tried, and failed, and tried again to play. The platforming killed me. My depth perception within the game was for shit and I was constantly jumping too far or too short of my goal. I pressed on. Why? Because Psychonauts is demented and speaks my language. Its humor is twisted, the animation is twitchy, and you get to keep bacon in your pocket to call in help. BACON. But, I digress. Psychonauts platforming kicked my butt. I only made it halfway through the game, and when my XBox was stolen I wasn’t in any hurry to play it again.

Once I bought my new, shiny XBox I went right on about my business killing zombies, rocking out and staying the hell away from platforming. This worked out well for me, until… 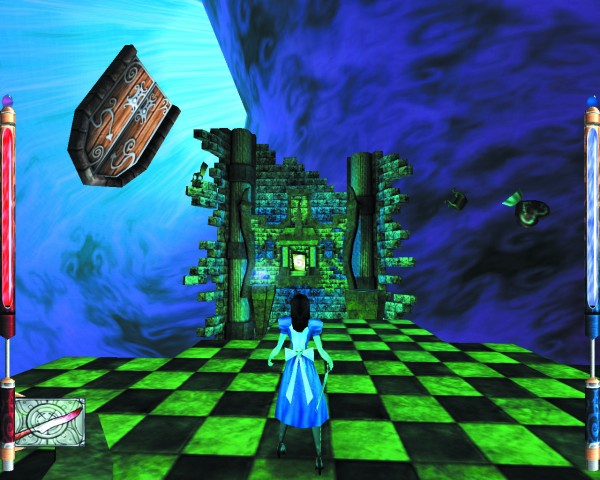 I love creepy graphics. I love twisted tales. I had watched Doktor Schadenfreude play through Alice, TWICE. I could do this! … NO, no I could not. The most I was able to do with this game was make it out of the first area and onto the giant floating chess board in the sky, only to fall to my death. Every. Single. Time. So, yes, I gave up. I honed my skills in first person shooters, became a better guitar player, learned to drive like a normal person on the Battlefield and occasionally played some TETRIS. I even started playing World of Warcraft.

Oh. World of Warcraft has some platforming elements. Oh. I didn’t die every time I jumped, ran to jump, or double jumped. Oh. My. What was going on? I decided it might be time to try this platforming thing again – on the PC. And, why not start back at the beginning. Psychonauts. It just so happened that when I decided to give platforming the unconventional college try, Humble Bundle had it as part of it’s Indie Game package (if you’re not familiar with Humble Bundle – learn about it here – it’s always for a good cause). I donated my money, downloaded my games, and booted up Psychonauts.

At this point in the article, you’d like to think there was a change of skill. Nope. I, still could only get about halfway before my platforming ambition plateaued. And here is where I tell you that I did try American McGee’s Alice again, with the exact same results, again.

It was becoming clear to me that while I was adept at gaming on consoles and within WoW, platforming was never going to be my forté. I was ready to give up. I hated platforming and platforming, clearly, hated me. 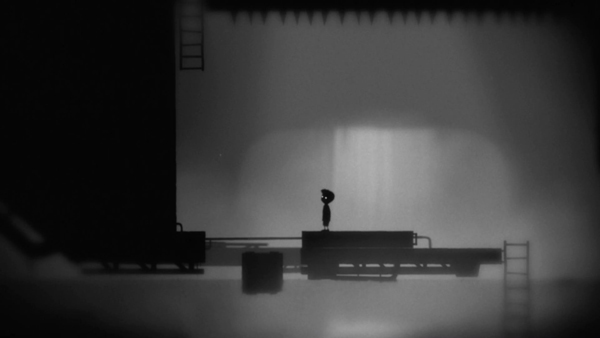 A creepy looking independent game that I had to try, but because it was a platforming game, I passed it up on the XBox everytime I saw it come across my dashboard. I was content to play the games I knew I wouldn’t rage quit, until, the Humble Bundle. YES, The Humble Indie Game Bundle came around again, and in it – LIMBO. I made my donation and downloaded my games.

I eyeballed the LIMBO icon on my computer for days before launching it. I read through every single option before quitting the game and walking away from my computer. The next day, I launched it again. Tentatively I clicked “new game” and entered my name. I began to play. And play. And play. It’s a relatively simple side scroller/platforming game. It’s two dimensional and black and white. I continued to play. Surprisingly, not dying often. Not falling. Not jumping over or short of anything. I was shocked. I was amazed. I COULD DO THIS. I finished LIMBO in a single evening. I played it again (partially to see if I could do it, partially to get the rest of the achievements).

I loaded up Psychonauts.

I fell to my death.

It is clear to me, now, that LIMBO is the exception to my platforming rule. I am okay with this. I’ll leave Psychonauts and American McGee’s Alice to the professionals and I’ll meet you in the Borderlands or on the Battlefield.