Sometimes, much to my very own chagrin, I click play on a movie that I’ve been avoiding for a while; seemingly, endlessly scrolling through Netflix looking for something that might not be shit. Of course, I am the self-labeled #HorribleHoney – I actively enjoy watching terrible movies – but, occasionally, I long to watch something that is GOOD. When I finally submit to the streaming Gods and hit play on a movie I presume will be crap (whether because of the brief synopsis or the laughable cover art) I try to do so with a bit of humility. And, when I am proven wrong, it is a glorious thing, dear readers. 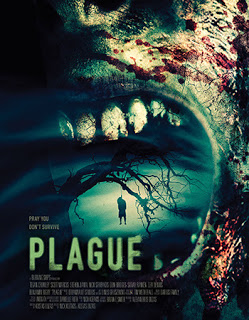 For weeks I scrolled passed Plague, pausing long enough to admire the the creeping hanging tree image and read the generic description. After a bit of research to determine whether or not this was indeed a zombie movie, I decided to suck it up and watch this Australian flick. Because, as we all know, I’m a fan of Australian cinema; those weirdos *love you*. After finally watching Plague, I was torn about writing a review of it. I feel like I have a very love/hate relationship with this movie. Which, when I think more about it, either means a) it’s better than I think or b) it’s worse than I think. So, there’s that. And now, here’s what I think:

Plague is a zombie movie almost like any other zombie movie. Or, for those so inclined to compare and contrast all things zombie, it’s almost like any zombie TV show *cough* The Walking Dead. The movie drops you in the middle of a zombie apocalypse; meeting a group of survivors attempting to live outside the purview of the living-dead in a tin barn. The immediate assumption is that you are now watching a “how-to-survive-the-zombies-locked-in-a-barn zombie movie”. This is incorrect. However, per usual, some of the survivors want to move on, while one wants to stay behind and wait for the missing member of their rag-tag group. 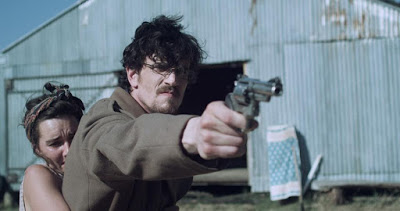 Evie believes that her husband is still alive. Having agreed upon the tin barn as a rendezvous while escaping the city, Evie is determined to stick around until John reunites with her – which he does, if a little worse for the psychological wear. Some of the other survivors still wanting to get the hell out of dodge – leave; a little carnage in their wake and attracting the undead. Evie and John survive a night of zombie torment in the tin hut and find themselves joined by an unknown survivor offering to “help”. When the strangers help turns sour and rapey, John “grows a pair” and takes him out – stealing his vehicle for a quicker, more likely escape, from their tin can. But, John’s manliness is short lived and Evie’s survival instinct is all she can really rely on.

Ultimately, Plague seems to be about Evie’s need for a husband that is able to take care of her and John’s inability to take care of anything. It’s way more a character study than a zombie study and that’s okay by me. I found myself bouncing back and forth between my disdain for these characters (Evie was too needy. John was too whiny); and my appreciation for their human element (Evie communicated her needs. John failed at meeting them). Every time I thought I would have one or the other figured out, they would flip-flop on me – causing my zombie brain a bit of character confusion. 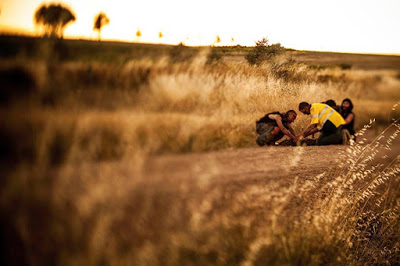 With the plague running rampant in the city and the story taking place in the country, Plaguehas very little zombies in – it for a zombie film. Those that are featured are pretty typical, so if you’re looking for something particularly gory, you won’t find it with the undead. In fact, the most gruesome moments happen between the living – both in gore and in psychology. Most of these events take place at the beginning of the movie or right in the middle, so by the time you’re in the last act it’s easy to question what Plague has left to offer. But, rest assured: it has one last trick left up its sleeve. And a small horde of zombies, too.

Now that I’ve said all of that, I’ll be watching Plague again. What can I say… I’m a sucker for character studies in the face of something tragic and unappealing.