Home/Nerdery Publications/July of the Dead: Night of the Living Dead
­

They Came For Barbra… and Eventually She Shot Them

I am celebrating July of the Dead – which I totally made up all by myself, just so I could watch most of the …the Dead movies and write some compare and contrast reviews. Why am I doing this? Because I’m the Zombie Honey, duh! 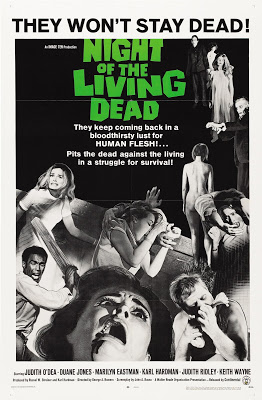 You can’t really start July of the Dead in the middle, so of course I started right at the beginning withNight of the Living Dead (1968), George A. Romero’s groundbreaking, modern zombie, masterpiece. I believe “masterpiece” is a bit of stretch – and I’ll get into why in a bit. After watching the original I made my way through the remake from 1990. Which, on the whole, I think is a much better movie and EXACTLY what a remake should be.

Night of the Living Dead begins with two siblings visiting the grave of a dead parent. As Johnnie, the brother, mocks Barbra that the dead are coming to get her – the dead really do come to get her. Barbra and Johnny are separated and Barbra manages to find reprieve in an old farmhouse. Eventually another survivor, Ben, arrives and begins to secure the home only to find that there are other survivors in the cellar; a young couple, and a bitterly married middle-aged couple whose daughter has suffered a bite from one of the undead. The fight for survival isn’t just between the living and the dead, now it’s between the living downstairs and the living upstairs.

A lot can be said in favor of Romero’s 1968 release. It had quite the hand in rejuvenating the horror genre; it had a strong, smart, black hero; it was a good mouthpiece for social commentary regarding the times; and most importantly, it is universally considered the birth-film of the modern zombie movie – even though the zombies are always referred to as “ghouls.” Before Night of the Living Dead, zombis were always of the voodoo persuasion, enslaved by a voodoo master – not the flesh-eating, decaying, reanimated corpses we know and love today.

But, for all that is wonderful and unique about Night of the Living Dead, I don’t think it’s a good movie. Don’t get me wrong – I recognize its importance in horror and zombie-horror canon. However, being “groundbreaking” and “culturally, historically, or aesthetically significant” does not always mean it’s good. 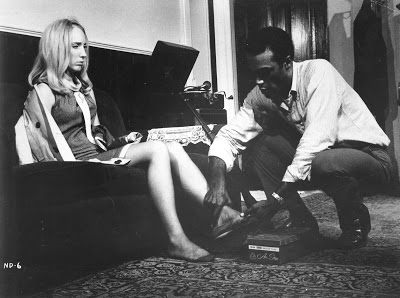 For instance, Romero managed to create a female character so unbelievably useless and annoying that it basically just set the bar on the ground for women in horror for a very long time. The original Barbra was awful. Probably the worst female character in movie history. I mean, don’t quote me on that because I haven’t seen EVERY movie in history, but she’s fucking awful. Barbra, after managing to escape becomes catatonic in the face of everything – including her own damned survival. Seriously? *eye roll*

On the other hand, Romero gave us Ben. Ben is probably my favorite thing about the 1968 NOTLD. He doesn’t immediately resort to violence when Mr. Cooper, the token asshole, does everything an asshole would do. He doesn’t shake Barbra to death when she becomes catatonic and useless – like I wanted him to do the entire time. Ben maintains his cool and does what intelligent characters should do. However, he is so intelligent and so level-headed that he was damn near lawful-good paladin level 80 – making it almost completely impossible to relate to him after only a few moments. 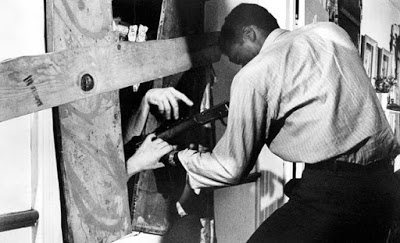 If you haven’t seen the original Night of the Living Dead, I won’t ruin the ending for you, suffice it to say, it still pisses me off. But in a good way. It’s the kind of ending you don’t really expect, but at the same time, you do. Romero did this right, I think, no matter how angry it makes me every time I watch it.

All of that being said, I finally get to say this: Night of the Living Dead NEEDED a remake. My stance on remakes, reimaginings, reboots, rewhateverthehellyouwannacallthems, is pretty well documented. But there are always exceptions to the rule. I am wholeheartedly in favor of remakes of movies that aren’t very good to begin with – no matter how important they are. And, hell, it was nice that Romero was finally about to make some money on his franchise-starter.

And so, we watch the 1990 remake and we are happy. Indeed, I am referring to myself in the plural – I don’t know why – shuddup. 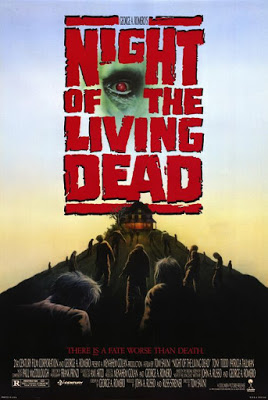 I know a lot of people are “traditionalist” here and don’t feel like this remake needed to exist. And that’s okay, you’re just wrong. HA! Here’s the thing, this is Romero’s remake. He wrote it. He produced it. No, he didn’t direct it, but he sought out the director, Tom Savini (who, in my opinion, can do no wrong), so you should trust that this reboot is worthwhile. If you don’t trust it, keep reading so I can Blitzplain it to you.

1990’s NOTLD fixes pretty much everything wrong with the 1968 film. The new Barbra is no longer whiny and catatonic in the face of everything. She’s a survivor; strong-willed and helpful. Almost stronger than Ben. And Ben? Well, Ben is more human. Still smart and willing to do what needs to be done to survive, but he’s much more relatable throughout the entirety of the movie. Mr. Cooper is still an asshole – but every horror movie needs one, I suppose. The updated characters truly lend to the weight of the film – making the surrounding terror seem more terrifying.

There were slight changes here and there that are inconsequential to the quality of either movie. And that’s okay. Ultimately, Romero delivered a female lead worthy of being a female lead; he rounded out the plot and characters; updated the film style and gore – all while keeping true to his original ghoulish horror. Remake done right, I say! 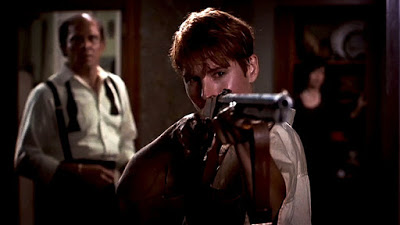 Don’t worry, I didn’t think everything was super awesome in the remake, though. The moment when Karen, the young daughter of Mr. Cooper, turns on her mother is far less satisfying or interesting in the remake. Which is a damn shame – a truly missed opportunity to take something that was damn near perfect and actually perfect it. They equalized the hero position between Ben and Barbra, but I can’t help but wish Ben had still been the hero. Women have a hard time in horror movies, but people of color, on the whole, have a much harder time; so, a black hero is quite a bit more interesting. Also, in case you missed the social commentary in the first movie, the remake spells it out for you in the end. I find this annoying in most movies. Please, filmmakers, stop assuming your audience is dumb just because we enjoy blood and guts and violence. 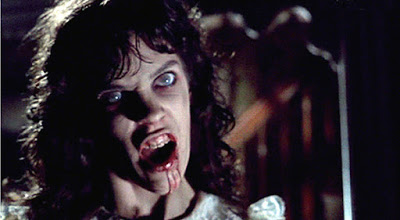 I also missed the exuberant use of radio news and television news from the 1968 version. There was very little of that brought over to the remake. I suppose I understand why, but it was missed. The commentary in the background from the original was brilliant in providing you information you didn’t know you needed, wanted, or would come in handy when analyzing the film after you watched it. Instead, that commentary was replaced by a different kind of ending to the 1990 release. You didn’t hear the news, you were in it. Just another way that Romero and Savini updated the classic.

And it is a classic – no matter what I think about it – that is why I continue to watch it now and again to remind myself of the things it did right; the things it did wrong; and why, no matter how ridiculous, slow-moving zombies are, indeed, scary.